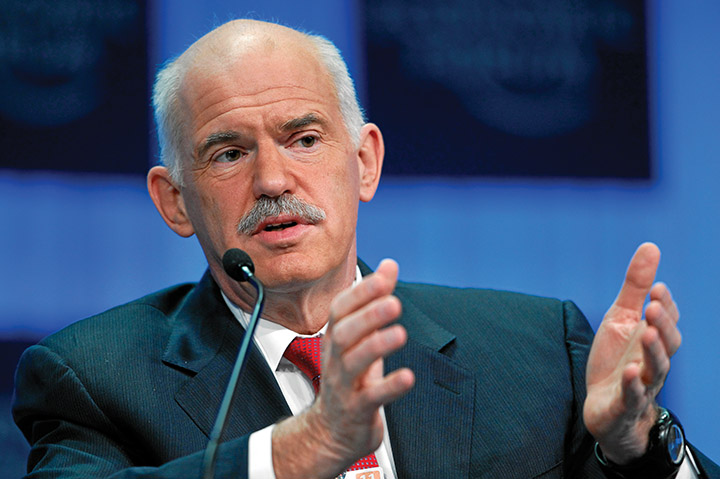 Former Greek Prime Minister George Papandreou will teach a seminar at the School of International and Public Affairs on the European financial crisis this semester.

Former Greek Prime Minister George Papandreou will teach a seminar at the School of International and Public Affairs this semester, the University announced Friday.

Papandreou, who headed the Greek government for two years at the height of its debt crisis, will teach a course about the European financial crisis and has been invited to speak to the entire SIPA community.

"It is an honor for me to join and contribute to such timely discussions at SIPA," Papandreou said in a statement. "New ideas and shared perspectives are critical as we face mounting economic, environmental and democratic challenges on a global level."

Interim SIPA Dean Robert Lieberman said in the statement that it was a "great privilege" to welcome Papandreou to campus and called Greece a "living laboratory for some of the key global public policy challenges of our time."

Papandreou, who comes from a prominent political family in Greece, was first elected to parliament in 1981. After serving in a variety of other government posts, he became prime minister in October 2009 and inherited a $410 billion deficit.

After his popularity plummeted and a slew of protests broke out throughout the country in response to a proposal to raise taxes and cut public spending in exchange for a bailout, Papandreou agreed to resign from the position in November 2011 to make way for a national unity government. He remains a member of parliament and the president of the political coalition Socialist International.

"George Papandreou has been a leader in challenging times," Provost John Coatsworth said in the statement, adding that Papandreau "brings to Columbia and SIPA a wealth of knowledge and experience."

Irene Finel-Honigman, an adjunct professor of international and public affairs at SIPA known for her work on the European Union, praised Papandreou's new position at Columbia.

"Usually when we bring in former leaders—prime ministers, presidents, member of governments—we benefit greatly from their ability to present probably a more straightforward perspective than when they were in power," she added.

Finel-Honigman, who taught a course at SIPA on the European financial crisis last semester, said she hopes Papandreou provides Columbia with a "firsthand account" of what happened in Greece during his tenure as prime minister and how he thinks the problems that still plague Greece and the European Union can ultimately be resolved.

"We still have a lot of political discontent and political instability in Greece right now," she said, citing recent violence and a tax evasion probe centered on former Finance Minister George Papaconstantinou.

"I think there are a lot of things he can address for us and hopefully answer a lot of our questions," she said.