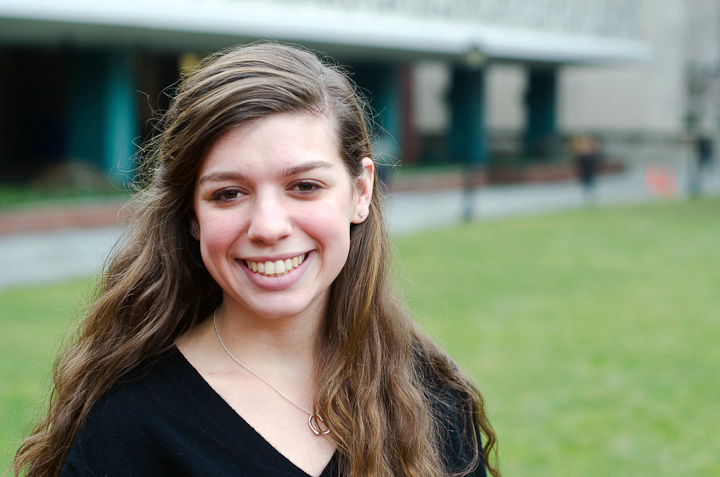 Amanda Brodsky, BC 15, started a Barnard chapter of an organization that helps women who are STEM majors meet one another and get career advice.

The Scientista Foundation, a national organization designed to provide career support for women planning to go into science, technology, engineering, or mathematics, is coming to Barnard.

Amanda Brodsky, BC '15 and a psychology major, decided to start the Barnard chapter to help women who are STEM majors meet one another and get career advice. Though the group already has a board of eight students, it is still in the process of adding members and gaining recognition from the Barnard Student Government Association.

"Having a group to support women in science is really important, especially at Barnard," Brodsky said. "In past years and past decades, women did not get enough support, and still today, men outnumber women in science, even with the progress we've made."

The group was founded in 2009 by sisters Julia and Christina Tartaglia, Harvard biology students, and has since spread to 12 campuses across the country. Its mission is to support women studying in STEM fields by providing networking, role models, and other resources.

At Barnard, board members plan to have résumé-writing workshops, as well as events where students can meet one another and network.

There is already a Columbia chapter of Scientista, but it has been mostly inactive this past year, as its director, Juliet Davidow, a psychology graduate student, has been studying off campus. Brodsky and Davidow said they have considered either combining the two groups or holding events together once the Barnard chapter is on its feet but the chapters' future relationship is unclear.

Michelle Levine, an assistant professor of psychology at Barnard and the chapter's faculty adviser, stressed the importance of maintaining a group based on Barnard's campus.

"Yes, it's great to have the opportunity to join groups at Columbia, but being a women's college, I think it's critical that we also have a 'women in science' organization here specifically tailored to our students' needs," she said.

Levine said that Scientista could be particularly helpful in informing students about the range of careers available to people with STEM degrees.

Barnard students said they thought they could use help exploring science career options.

Yuxia Lin, BC '15 and a prospective physics major, said that she felt clueless when faced with the challenge of finding a career path in science, since it is "vast and applicable to many, many fields." Lin said she is looking for a "creative way to work with science," and would like to see a career database with more non-traditional job listings.

As a whole, Barnard is "really focused on liberal arts," said Simone Vais, BC '15 and a neuroscience major, who said she would like to see more resources for science students. She called available career support "limited but helpful."

Jessica Northridge, BC '13 and a biology major, said she turned to her professors for help crafting a résumé to apply for work at a lab. But, she said, professors often have other commitments, and further support from a student organization "would be awesome."