Former Manhattanville doll factory has half-century past in neighborhood

Former Manhattanville doll factory has half-century past in neighborhood 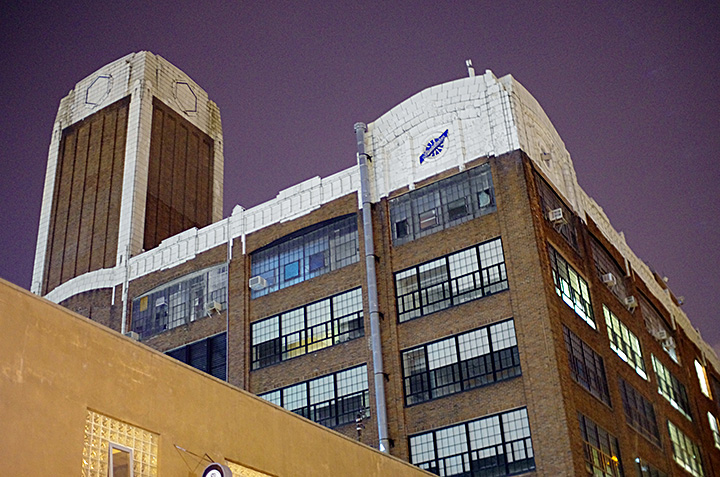 Columbia's Studebaker Building in Manhattanville was the home to a well-known doll factory for more than 50 years.

On an upper floor of a Columbia building in Manhattanville, a factory put out a steady stream of lifelike, detailed dolls for decades.

Founded in 1923, the Madame Alexander Doll Company moved to Columbia's Studebaker Building, on 131st Street between Broadway and 12th Avenue, in the '50s.

But while the 131st Street factory put out its final doll last year, the Madame Alexander brand is still well-known around the country. The company relocated to 34th Street in October, a move motivated by a merger with the Kahn Lucas Lancaster children's clothing company.

"We wanted to be closer to Kahn Lucas," Alexander Doll Company President Gale Jarvis said. "We have adjusted just fine. We like where we were then and we like where we are now."

Before its relocation, the company had deep ties to Harlem. In the mid-1950s, the company moved to Harlem's manufacturing neighborhood in pursuit of cheaper rents. It found a home in the Studebaker Building, one of the few buildings on Columbia's Manhattanville campus that the University is preserving during its current expansion.

During difficult times in the late '80s and early '90s, the company stayed in the area largely out of loyalty to its employees, many of whom lived within two miles of the factory.

Madame Alexander had a strong community connection in an area of high unemployment. The skill set the factory required was most easily found in the inner city, with many employees from the Dominican Republic having learned to sew before coming to New York.

Increasing popularity made the company one of the largest private employers in Harlem during the 1990s, when it had about 600 employees, according to the New York State Urban Development Corporation. The site also included a Heritage Gallery of old dolls and a doll hospital for dolls under repair.

However, the factory became increasingly isolated as the Manhattanville manufacturing district declined and nearby buildings were vacated.

The company was sold in 1988 to two New York businessmen after founder Beatrice Alexander suffered a serious heart attack. In 1991 the company planned to move the factory to 155th Street, but the plan fell through because it failed to attract the financial backing needed. Madame Alexander finally merged with Kahn Lucas in 2012.

The iconic dolls were known for their elaborate detail, including hair that could be styled, detailed eyelashes and knuckles, and eyes that opened and closed. In 1963, the franchise expanded to include designer clothes for the dolls, created by Alexander herself.

Judy Ishayik, the manager of the city's oldest continuously operating toy store (Mary Arnold Toys, on Lexington Avenue between 72nd and 73rd streets), said that "the detail that Madame Alexander puts into their dolls is really amazing."

"They are really sweet—you can tell just by looking at them that they're great quality. They have such pretty faces, the accessories are really appealing," Ishayik said. "Sometimes little girls come in looking at the display cases we have Madame Alexander in and start their own collections that day, the dolls are just so beautiful."

Alexander, the late founder of the company, was the daughter of a Russian émigré. She grew up playing in her father's Manhattan doll hospital—the first in America.

Alexander's forceful personality left a lasting legacy on the company, which prided itself on quality and exclusivity. According to a 1994 New York Times article, when asked her opinion of Cabbage Patch Dolls, Alexander had responded, "If you spend a million dollars on advertising, you can sell manure."

In keeping with Alexander's emphasis on quality, her dolls have increasingly become collectors' items rather than playthings. A new doll costs on average $85, though at auctions, buyers pay as much as $10,000.

There is a strong community of Madame Alexander enthusiasts, connected by the Internet and the Madame Alexander Doll Club, based in Manhattan. The collectors are primarily middle-aged women.

Ishayik said that what she has come to expect from the dolls hasn't changed since the company moved downtown.

"They haven't changed anything. It's just that the company has changed hands. The quality is still the same, the service is getting better after initial changeover adjustments," Ishayik said.

"We have customers who come in specifically looking for Madame Alexander," she said. "Either they have collections, or had them when the were younger, or are starting one for their children."

An earlier version of this story stated that Studebaker is the only building on the Manhattanville campus that the University is preserving in its expansion. It is actually one of the few buildings being preserved.