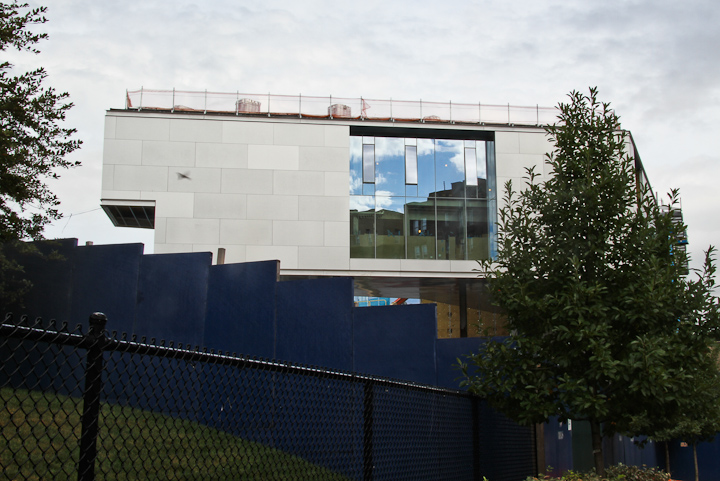 The new sports center will open up more training areas for athletes while also alleviating spacing issues within Dodge.

Baker will be getting a little more crowded on a day-to-day basis, as nine programs began moving into the Campbell Sports Center this week.

After the building was dedicated back in October during Homecoming, the teams experienced a series of delays before they could move into the facility. These were mainly caused by the aftermath of Hurricane Sandy, as Con Edison had to restore power all over the tri-state area before finishing Campbell.

But now the five-story, 47,700 square-foot facility is up and running. All programs that primarily practice at Baker will be moving their offices from Morningside to Inwood throughout the week, including football, soccer, baseball, softball, tennis, field hockey, and lacrosse. The football team moved on Monday from its office in Dodge to its new space—the entire fourth floor of Campbell.

Football head coach Pete Mangurian has taken to Twitter and Facebook, posting pictures of the new facility all week. "Our new team meeting room—144 seats, state-of-the-art acoustics with bamboo-paneled walls, and even retractable armrest desktops with ports for personal laptop connections," Mangurian said in one of the posts.

The building has multiple conference rooms, along with study and lounge spaces for athletes. Campbell also features a weight room, where athletes have already started working out and doing strength training.

With the nine teams moving uptown, office space in Dodge will open up for other athletic programs. According to Athletics, many coaches currently share overcrowded
offices, and the move will allow them to free up space.

Though Campbell is up and running, it is only accessible to athletes. There are currently no plans to open it up for all students.