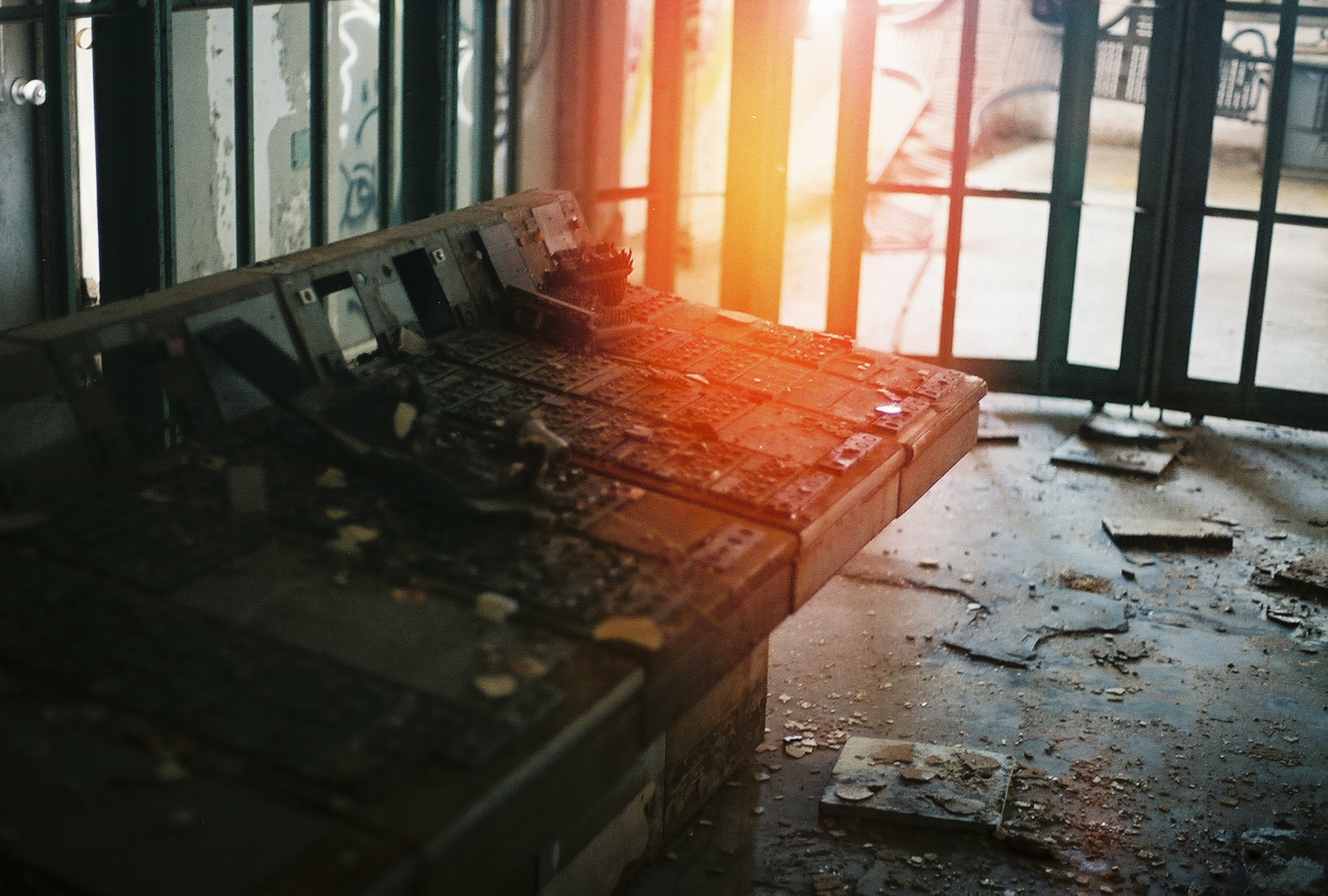 In this third installment in our series of student artist profiles, Spec sat down with Colin Ross, CC '16, to learn more about him and his photographs, some of which have appeared in the Postcrypt Art Gallery.

Colin Ross: I studied painting starting... more intensely in middle school, and then throughout high school, I painted at the Yellow Barn Studio in Maryland. I really enjoyed painting at my high school and at the studio, but I was curious about other media, I guess. I got a digital camera my sophomore year from my parents. I like digital photography, but that wasn't exactly what I was looking for.

My junior year, my little brother and I found my father's old film camera from the 1970s from when he took a film photography class in high school. My little brother Bryan and I cleaned it up and we got it back to mostly working condition. And just sort of through trial and error and experimenting, I've gotten really passionate about photography, I guess. Still, unfortunately, I have not taken a photography class, but I'm hoping next fall that will change.

ZM: What inspires you when you take your photographs?

CR: I really like photographing clouds and, I guess, just different angles of cities that I visit. I like portraits as well, but it really could be anything. It's less about the specific object or scene and more about the moment. And I guess about memories, sort of preserving memories.

ZM: How has being in New York City shaped your work?

CR: I really wanted to go to school in New York City, at Columbia. A large part is because of the museums, and the free access to the museums in New York. I would really like to become a curator of an art museum or gallery, and it's just, sort of, constant contact with art that sort of keeps me passionate about seeing more paintings, more photographs, new painters and photographers. New York just offers a combination of old and new... and high and low art that very few cities can offer.

ZM: What advice would you give to people wanting to improve their skills or become involved with photography?

CR: Seeing as I have really very little training, zero kind of formal training, I guess my advice would be just to experiment. Read your camera's manual and go out with a roll of film and try to keep film photography alive. And learn how to develop. I want to learn how to develop, too. I still don't. I get all mine developed. I'm hoping that's something that Columbia will teach me well. I guess taking a photography class in high school would have been key, but I didn't really have access to taking film photography in high school.

ZM: What types of techniques do you use?

CR: I understand digital photography's place, and its evolution, but I much rather prefer film photography for my own personal photographs. I really like color film, and of course I'll have to go back to black and white when I learn how to develop my own film. I like using color film, and I still use my father's really old camera. It's a Yashica FR1.

ZM: What do you think about DSLR cameras?

CR: I have one, thanks to my parents. It's really handy. Efficient, I guess. As much as I love film, I understand it's not an efficient way to photograph things. I take photographs for the

art gallery. I always use digital for that. It's just easy, in terms of Internet, posting, things like that. But my favorite thing to do is just to walk around a city for a whole day or so with a camera and bunch of film and just sort of observe... when I walk around in a city like that, I'm not entirely focused on taking photographs anymore. I'm just observing what I want to remember. And that's when I take a photograph.

I mean, film is less controlled. That's one of the things that I appreciate most about art---when you begin something, but you're not aware of the final result. I take film, or sometimes instant photos and I never edit anything, any of the film photographs that I take. I like to take whatever result comes out and go from there rather than trying to manipulate it after the frame has been captured.

ZM:  Do you have any favorite photographers?

CR: I actually keep a list. I have a whole book. I actually have it with me right now. I try to maintain a list of my favorites... any time I go to a museum, I write down tons of pieces, painters, photographers, everything. I started maintaining a list of just my favorite artists. I guess up there would be Harry Callahan, Lewis Baltz, Gordon Matta Clark, and Saul Leiter. I really like László Moholy-Nagy. That's a painter. I like comparing painting and photography, so, even when I'm trying to focus on photography, I always look back on painters, drawers, especially George Bellows and Edward Hopper. I also like keeping tabs on street art. I'm a big fan of Shepard Fairey.

ZM: That's cool that you have a whole book. When did you start it?

CR: I started it a while ago. I had a smaller one, and I decided... I had too many thoughts for just keeping them in the smaller one. It's all things that I think play a role in art, so I have lots of lists of pieces and artists, and also quotations and passages of literature, some music, some short films and films that I want to watch or that I really liked.