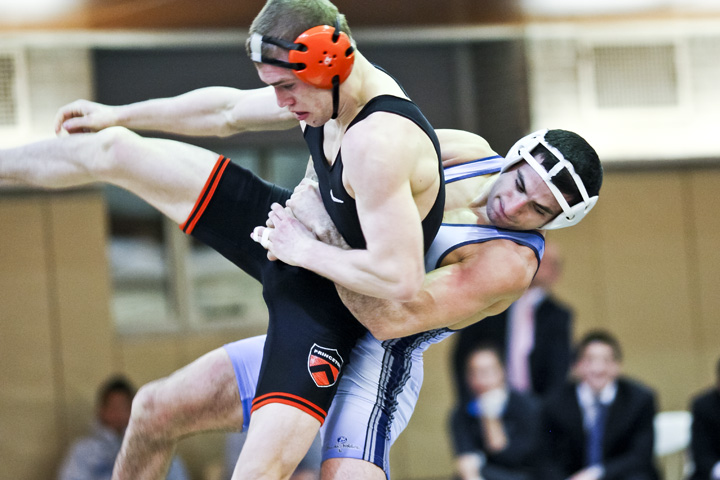 Light Blue wrestling brought home the hardware from the Eastern Intercollegiate Wrestling Association Championships in Piscataway, N.J. this weekend. Columbia came away not only with an overall eighth-place finish, but also with four NCAA automatic-qualifying bids and five total place winners.

The star of the tournament was senior Steve Santos, who wrestled his way to the 149-pound title with a 7-2 victory over Army's David Young. This historic victory makes Santos the first individual EIWA Champion for Columbia since 2009, and the 19th ever in program history.

The Lions' combined 75 points brought them up to eighth place, but the individual performances more accurately represented Columbia's accomplishments. It was a historic weekend for the Light Blue, as the team hasn't sent four wrestlers to NCAAs since 2007. Overall, Columbia exceeded expectations, topping higher-ranked opponents.

The tournament also recognized Columbia off the mat with the Team Sportsmanship Award, granted by the EIWA mat officials.

The NCAA Championships will take place in Des Moines from March 21-23.