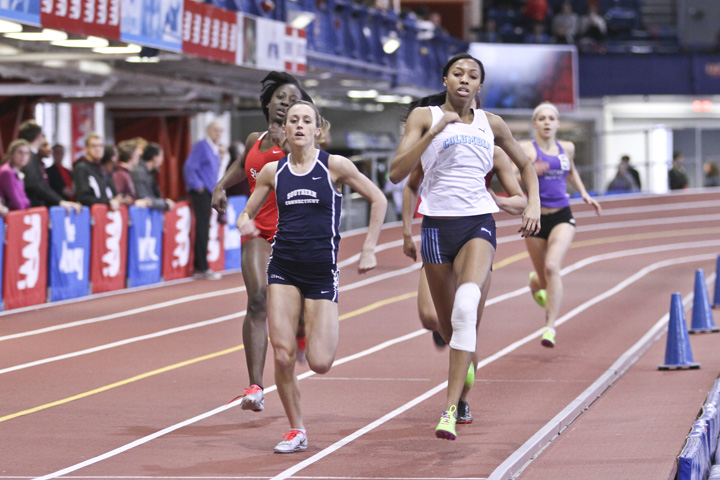 The women's team had 12 of its competitors finish in the top five of various races, showing great versatility and dominance across a wide range of events--specifically the sprints and the distance races.

Sophomore Madeline Rathbun and junior Danika Simonson finished in second and third place in the second division of the 1,500-meter run.

Senior Mallory Anderson and junior Alexis Schustrom took fourth place in the 3,000-meter steeplechase and 3,000-meter run, respectively. In addition to this success in distance races, the women also displayed prowess in the sprints, both on an individual and on a team level. The Lions took second place in the 4x100-meter relay. In the 200-meter dash, freshman Jaycee Parker and junior Marvellous Iheukwumere took third and fourth place. Parker also placed fourth in the 400-meter dash, with senior Sharay Hale right behind her in fifth place. Senior Susan Rodriguez claimed third place in the 400-meter hurdles, and freshman Iris Chijioke had her own third-place finish in the 100-meter hurdles.

"My goal for this meet was--as for all my meets--was to feel my best and race my best," Chijioke said.

On the men's side, there were three top-five finishes. The Light Blue 4x400-meter relay A team—comprised of sophomores Kevin Boyd and Connor Claflin, freshman Yelnats Calvin, and junior Harrison McFann—took fifth place, while juniors John Gregorek and Joseph Kotran finished in first and fifth places, respectively, in the 3,000-meter steeplechase.

With their first April weekend meet in the books, the Lions appear set to kick their outdoor season into high gear. But, according to Chijioke, it is still hard to say for sure where exactly the Columbia squads stand in comparison to the other elite teams so early on in the season.

"I'm not sure how indicative these few early meets will be as a predecessor to the rest of the season. There are always a multitude of factors that come into play," Chijioke said. "It's still early to tell, but I hope that we continue to improve and perform better with each coming week."