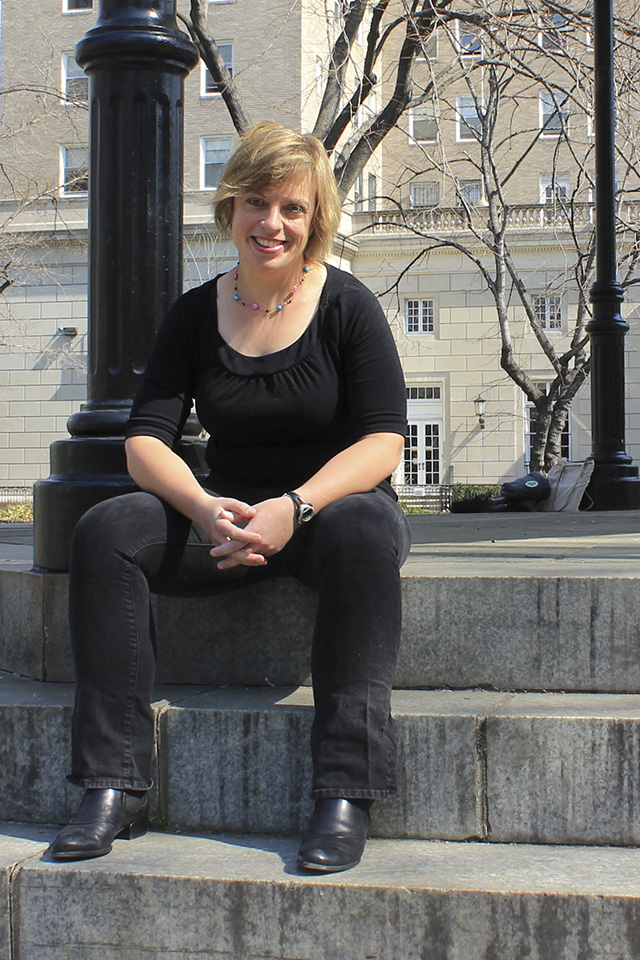 When I first heard the premise of "The Magic Circle," a new novel by Professor Jenny Davidson of Columbia's department of English and comparative literature, I couldn't have been more excited. Three Columbia post-grads invent live action role-playing games based on the secret history of Morningside monuments? Yes, please. There are very few things I like more than hokey noir mysteries, especially when they're partially inspired by "The Bacchae" and therefore guarantee copious amounts of drunkenness in almost every scene.

The novel follows roommates Lucy, an MFA poetry student, and Ruth, a game theorist, as they design a series of immersive games around Grant's Tomb, St. John the Divine, and the asylum that used to stand on campus. Joining them on their various adventures is Anna, the dangerous and intriguing sociologist who lives down the hall.

Through a succession of events that shift from unobtrusively boring to utterly insane at an abrupt and alarming rate, the women plan, practice, and play out a series of increasingly ridiculous, destructive, and implausible games.

While all of this was essentially what I expected, I still spent the first 100 pages trying hard to like the book earnestly, and then ironically, but failed on both counts. I spent the rest of the novel wishing it would improve.

In the end, the book was adequate. The story is reasonably engaging, with an accurate depiction of university life, and the characters are likable enough, but it fails to instill the wonder that its characters experience in the ordinary events it describes. Instead, Davidson traps the reader in a reality so absolute that it loses an element of believability. The prose is meticulous, straightforward, and overly academic. The book is about freedom and control, but its writing features no such control.

Her descriptions are unadorned and thorough in a way that provides a lot of practical information, but almost nothing thematic. I could explain the layout of a 19th century board game given to Ruth's mother as a Christmas present, and I could map out the route Lucy took from her apartment on 122nd Street between Broadway and Amsterdam to yoga class in the morning, then to her office, then to Morningside Park, then to Max Soha and back home, but the significance of these details is not illuminated well.

The overload of detail reached a point where I wondered if Davidson believed that her readers would get so immersed in her novel that they would be transported to the physical space of the story and feared that when they arrive they would be lost if she didn't specify where and how far Ruth went running (Riverside Park until the playground at 96th Street, then turning around and running back to 122nd Street on Riverside Drive) before she went to meet her boyfriend for dinner at seven at Max Soha.

"The Magic Circle" is so regular and exact in its habit of describing the location of every event in the plot that it alienates anyone unfamiliar with the neighborhood and irritates those of us who know it well. And the map references are just the most obvious example of a plethora of unnecessary information that altogether makes the novel at least 40 pages longer than it needs to be.

Unfortunately, there is a certain degree of excitement that is notably absent through the novel, and this ultimately results in an attempt at epic drama so overly constructed that it failed to make me feel anything at all.