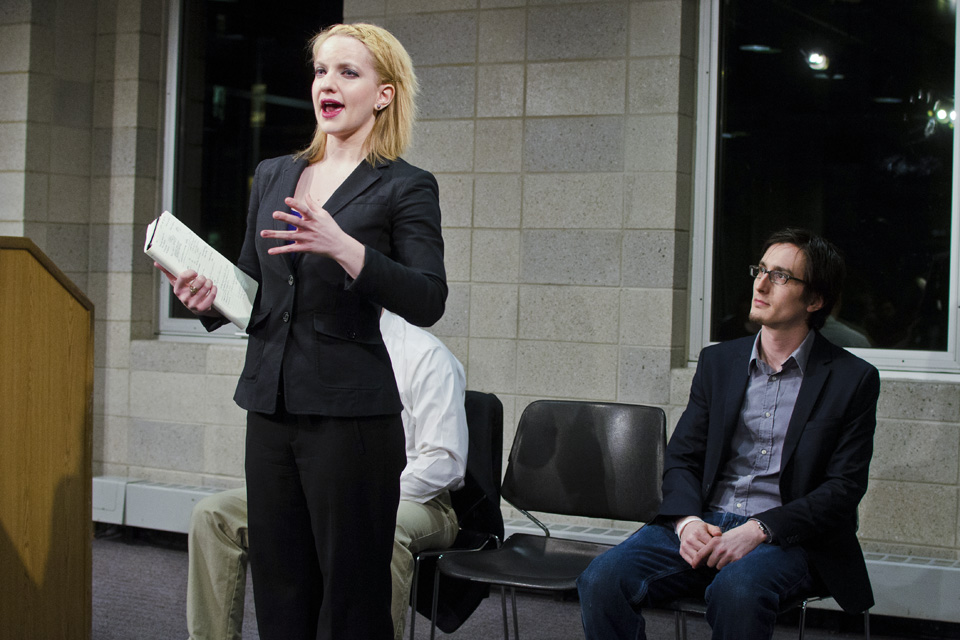 The total voter turnout percentage was 30.5, with 514 students voting.

Germond said that her experience as first-year class president and an orientation leader during New Student Orientation Program greatly helped her to establish relationships with the student body and the administration. After she received the election results, Germond said that she met with all the elected representatives and discussed the goals for the council in the upcoming year.

"Finding out was a special moment second only to the moment I learned of my admission to GS," she said. "I felt a sense of gravity, tremendous gratitude, and most of all, a focus of purpose."

Germond said that, as president, she especially wants to reach out to underrepresented student groups like students with children, and LGBT, international, and Jewish Theological Seminary students.

"I will seek the counsel of and work with student leaders from other underserved demographics to ensure that we provide events and advocate for policies that better serve their needs," she said.

According to the GSSC election bylaws, the runners-up for the vice presidential positions become the chief representatives of their respective committees. Per the bylaws, Platt will be the chief policy representative.

Taylor said that one of his top priorities will be to analyze past budgets to assess how best to allocate funds and construct a sensible budget for events. He also hopes to create a semester agenda that will allow the student body to become more engaged with the work that GSSC is doing.

The new veteran students representative will be Daniel Slaughter, GS, who defeated Benjamin Vickery, GS, in the election.