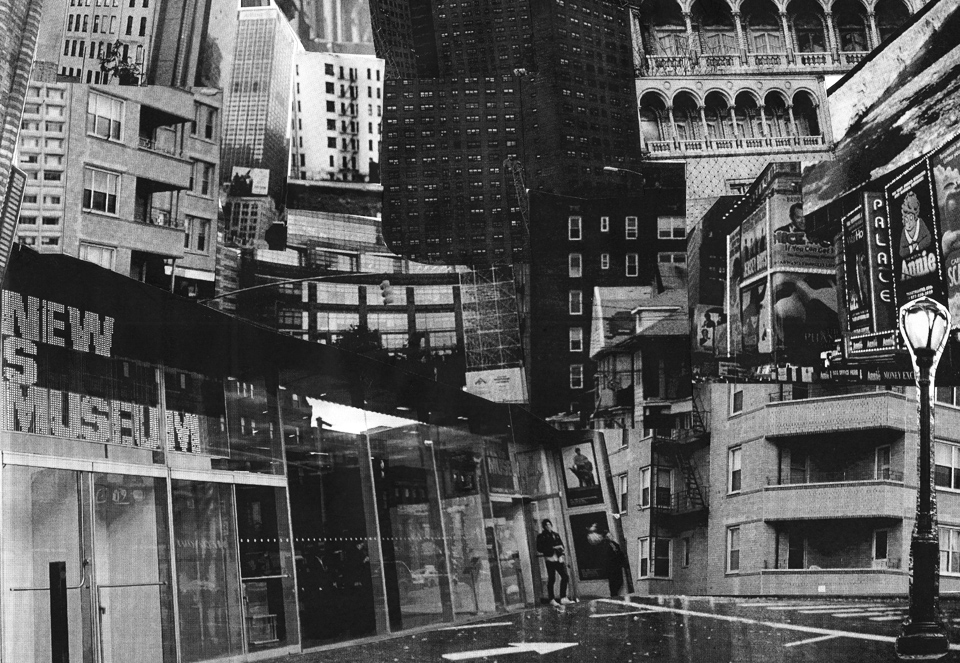 When Joi Ito swept onstage Wednesday night at Cooper Union to deliver the keynote address for the Ideas City conference, he was modestly dressed in faded jeans and Adidas sneakers, topped off with an indistinctly fashionable button-down. Hardly conventional—but in Ideas City, hardly anything is.

His speech kicked off the biennial festival, which presents panels and interactive events aimed at improving urban development through the arts. The New Museum is the founder and main organizer behind the festival, supported by the Bowery Poetry Club, the Architectural League of New York, Cooper Union, NYU Wagner, Storefronts for Art and Architecture, and the Drawing Center.

Ito has a compelling story: An early investor in startup superstars such as Twitter and Kickstarter, he's been named a "Cyber Elite" by Time magazine, not to mention variations thereupon by assorted publications. The two-time college dropout and former disc jockey currently heads the MIT Media Lab and sits on the MacArthur Board.

In many ways, he perfectly encapsulates the spirit of the festival: innovation unbridled by traditional conventions or field-specific boundaries. (The cliched phrase would be "thinking outside the box.")

The theme for this year's ruminations is "untapped capital," to be explored through panels and performances as well as Saturday's StreetFest, a re-imagining of the modern street fair. Parts of Bowery and Chrystie Street will be closed Saturday for the nearly 150 booths.

"What are the resources and assets around us that are underutilized or under-recognized that we could harness?" Lisa Phillips, director of the New Museum, asked while introducing Ito.

Judging by the sheer variety of organizations involved, the answer is by no means a short one.

The projects range from energetically science fair-esque (Time's Up!, an amped-up version of bike-powered light) to incredibly techy (Occupy.here, the DIY offline WiFi) to the abstrusely artsy fare (The Money Shot, a roundtable with performance artist Karen Finley).

Social work is the most pervasive discipline. Nikki Zeichner, BC '01, is a criminal defense attorney and founder of the Museum of the American Prison. She hopes to facilitate a greater dialogue between the imprisoned and average citizens.

Five members of the Sullivan Correctional Facility in upstate New York are participating, with more expected to join. Jamel Bellamy, who was jailed in 1987 and won't be eligible for parole until 2048, is one of the Sullivan respondents.

"We have a lot of ideas about ways that Ask A Prisoner could continue to facilitate conversations between the public and incarcerated people who are committed to social justice work," he said. "We hope that this is just the beginning, and that this project will help make a place for incarcerated people to participate in civic society more easily."

Social improvement happens in big and small ways, through communication and introspection. The Architecture League of New York, known for its support of young architects, partnered with the PEN American Center to plan a Little Free Library installation for the festival.

Nine selected teams will install public micro libraries across the city—small, temporary structures which will be kept until Sept. 1.

"There's such a move towards digital kiosks and flat signage. I would hope people approach them with a sort of surprise and pleasure, for having something that's singular, that they can touch, and that invites them in," Anne Rieselbach, the program director of the Architecture League, said.

Also at the StreetFest, art-focused architecture firm Snarkitecture will be presenting a reconfiguration of an installation previously enacted at the New Museum's gala. Alex Mustonsen, an architect with Snarkitecture, refused to say much about it—"it's designed to be a surprise," he said—but hinted at the inclusion of inflatable spheres. The block of Mulberry and Jersey will be blocked to traffic.

That sort of deep engagement between audience and exhibit is key to the idea of the festival. Ideas City is, potentially, many things. It can be cool, it can be nerdy, it can be experiential, it can be abstract, it can be fun, it can be challenging, it can be tiny, it can be huge. And so on.

The occasionally highfalutin festival doesn't come without its share of hipsterdom, however: The grounds will be dotted with food trucks—the eternal purveyors of overpriced, undersized portions—and "t-shirt printing al-fresco" is promised.

Still, the fluff is dramatically outweighed by humanitarian impulse—and together, the events form a dense intellectual landscape that would seem intimidating were it not for the festival's emphasis on the buzzword "play."

Ultimately, Ideas City maintains architecture's blend of technical planning and aesthetics. Dancers plié next to enviromentally minded tours like "Weed Informants," which aims to help New Yorkers identify urban vegetation. StoryCorps, which records and animates everyday people's stories, has a walking tour plotting stories across the borough and is collecting oral histories of Hurricane Sandy. A Marco Brambilla film will be screened to a live score in the vaunted hall of St. Patrick's Cathedral in "Creation (3D)," and "Trailer Park" transforms the inside of a mobile home into a lush mini garden. "Hack City" aims to team architects and engineers to reinvent domestic routines.

During his opening speech, Ito discussed a recent trip with an MIT Media Lab group to Detroit, where he spent part of his childhood. They arrived hoping to solve the persistent issue of broken street lamps, but were dissuaded by locals who emphasized that they were more concerned with lighting the area around their bodies than fixed points on the street.

"The only stores within walking distance were liquor shops. So you get a liquor shop, we looked around, and we said, 'Oh, there are flashlights!'," Ito said. " And the kid's like, 'Yeah...' So we said, 'OK, here, rip open the flashlight, get a soldering iron,' and we started teaching the kids how to work on wearable lights."

The resources had always been at their fingertips, but they were restricted by their education and conventions.

"We gave them the confidence, or the permission, to rip open a flashlight and to explain to them, electronics isn't really that hard," Ito said. "They hadn't been given permission to rip open the flashlight."

Correction: An earlier version of this article incorrectly gave a source's name as Jeremy and not Jamel Bellamy. Spectator regrets the error.