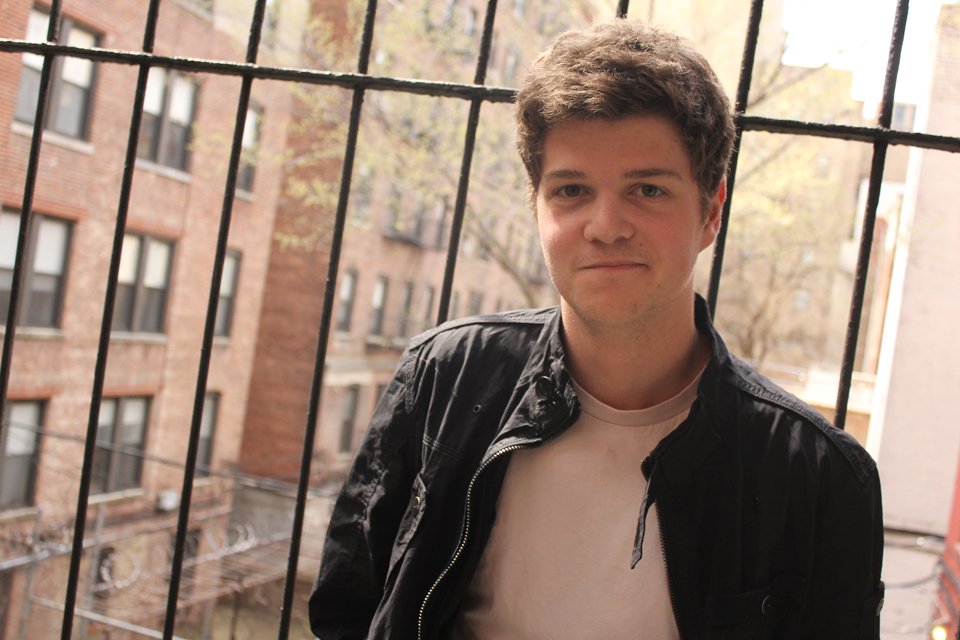 Nick Perloff, CC 16, who makes music as Flaxo, recently won a national college DJ competition. He begins a tour this fall and is hoping to release an EP by September.

The term "trap star" may be thrown around regularly in electronic music circles, but after winning a nationwide campus DJ competition, Flaxo—also known on campus as Nick Perloff, CC '16—may have become one.

The prospective economics major was crowned champion of the first-ever Campus DJ competition at the end of June, where his unique brand of "emotional trap" defeated nine other DJs in a tournament-style battle at the Avalon nightclub in Los Angeles. His victory came with a 2013 Mini Cooper Countryman, a touring deal with Live Nation, and a dedicated feed on music app Dubbler, among other prizes.

For Perloff, who had only played two previous shows, the win affirmed his ability in something he got involved in by chance. The San Francisco native had played guitar and sung in various bands in his early teens, fell in love with beats and bass after accidentally wandering into a dance tent at a local music festival.

"I was blown away by the energy of the environment and the way people interacted with it," Perloff said. "Being in that tent and seeing those DJs was a totally new sphere."

Intrigued by the new sound he'd discovered, he started researching electronic music and began to make "weird little mashups" on GarageBand, as he put it. What started as a hobby became more and more consuming, until it practically became a full-time job. With the win in June, the time and effort put into making the Flaxo project a reality paid off. And as his Facebook and Soundcloud pages rapidly picked up fans and tracks—including his remix of Kendrick Lamar's "Swimming Pools"—gained popularity, the lords of the trap scene began to take notice.

"At first, people would message me and post on the Flaxo wall saying, 'So-and-so just played your song,'" Perloff said. "I felt that was a sign for me to reach out to them."

The people playing his music included well-known electronic dance music artists like Baauer (of "Harlem Shake" fame), Krewella, and recent Bacchanal performers Flosstradamus. While not all of them were as communicative as the "Harlem Shake" hitmaker—who chatted with Perloff and introduced him to other major players in the scene—they were aware of Flaxo as a force to be reckoned with.

Despite his recent success, it took years of work before Perloff was able to translate his unique sound to a live setting, and he's still looking for the most honest and expressive way of doing so. Over the course of the last year, he broke down original tracks and remixes so that they could be performed live in a way that felt spontaneous and exciting, while taking notes from influential DJs' performance styles.

Though the transition from bedroom producer to onstage powerhouse has been a long one, for Perloff, as long as he creates an authentic experience for his fans, it's worth it, he said—more so if he can foster a genuine connection with his fan base. Whether he's responding to questions about his work or releasing exclusive tracks to celebrate the recent milestone of 10,000 Facebook followers, Perloff strives to make Flaxo one of the most approachable DJs in the game.

"There are people at my level who have either their manager or a social media publicist who communicate with their fans. I think that's silly for me, because I have the time and energy to respond to pretty much anybody who asks genuine questions," he said. "Why not take the time to be honest with them? My social media presence is mediated by no one but me and that generates a lot of enthusiasm."

Next up for Perloff is his first-ever collaboration with singers to create something distinct from the generic electronic pop vocal.

After trawling SoundCloud for artists, Perloff came across a South African indie folk singer, with whom he's working on his most experimental music yet. It's more expressive and less suited to the dancefloor than previous work, but according to Perloff, expanding one's palate is where the innovation lies. Underground producers like Groundislava and Cashmere Cat have opened the floodgates for dance music based around melody and timbre rather than the same uplifting chord progression.

That's not to say that he's forsaken his dance music roots. Collaboration with Dutch trio Yellow Claw is also in the works, which Perloff described as "upbeat Moombahton/Latin flair dance music"—think Diplo's "Express Yourself," with an grimy Amsterdam vibe.

By September, Perloff hopes to have an EP of original material available, while those craving for a live fix will be able to catch Flaxo on tour. Along with opening for other acts, he'll be performing at college campuses across the country, with a few dates in New York along the way.

"I don't need to be the Morningsiders, but I'd like to be able to play at small things where people are super enthused about the music," Perloff said. "New York and Columbia especially generate little pockets of people who are open and excited about new music, and I love that."

An earlier version of this article incorrectly identified Low End Theory as an underground producer. It is an experimental club night held at a Los Angeles night club. Spectator regrets the error.