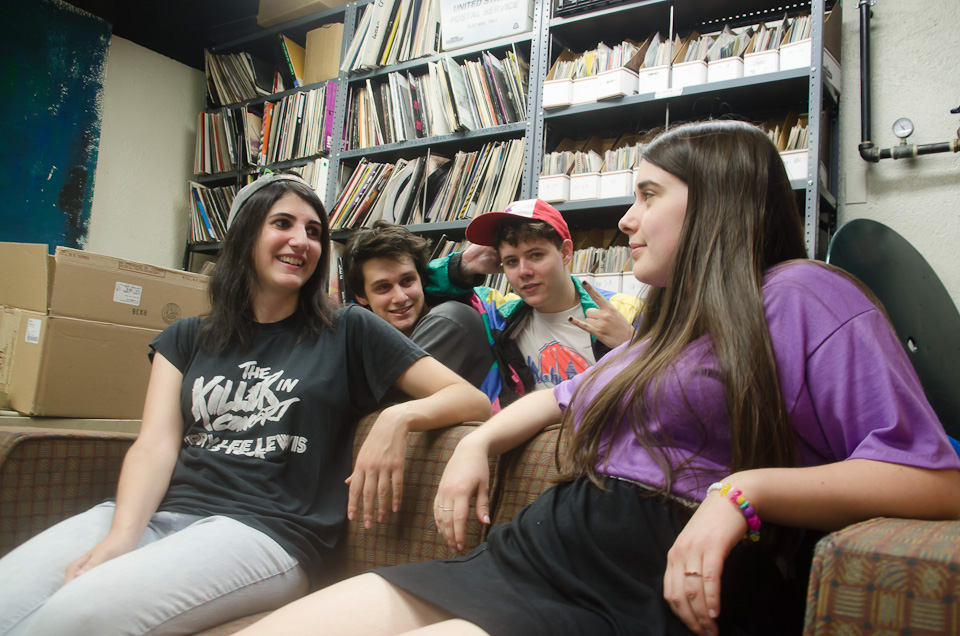 Drug Pizza, composed of four undergrads who met at WBAR, released its EP on BandCamp and on cassettes, which they hand-assembled.

Most broke college students can appreciate a good slice of pizza, but few go to the level of using it as an artistic muse. That is, until a group of WBAR-ians started making music together last year and chose the name Drug Pizza.

The Columbia foursome, made up of vocalist and guitarist Madeline Steinberg, BC '15, vocalist and bassist Zoe Camp, BC '14 and lead story editor for The Eye, guitarist Miguel Gallego, CC '15, and drummer Henry Van Dusen, CC '15, met through WBAR and first collaborated together two years ago at a student showcase. Last year, they wrote their first songs as a group and came up with the band's name. They released their self-titled Extended Play in August.

Very much a do-it-yourself effort, the group recorded the EPís five tracks in the WBAR studio and produced and mixed the tracks by itself. The cover art, also the band's own creation, features a home-cooked pizza with the bandís name spelled out in pepperoni.

The band made an unusual decision in their EP release by offering hand-assembled cassette tapes as a tangible version of its music, in addition to more traditional MP3 files on Bandcamp.

"They're cost-efficient and fun," Steinberg said. "I personally really like having physical musical objects. Plus, cassette tapes are very in right now."

Since the release of its EP, Drug Pizza has gained some campus buzz and even international attention, with a Portuguese music blog praising their "flower-punk" sound.

This fall, the band plans on finishing up and recording songs that Steinberg and Gallego worked on this past summer, as well as developing its social media presence, including a Tumblr where it will post and analyze a "pizza of the week." The band is also looking toward booking gigs in the city and surrounding areas.

"We're just looking to build our army of pizza pop however we can," Camp said. "First Columbia, then New York, then the world."