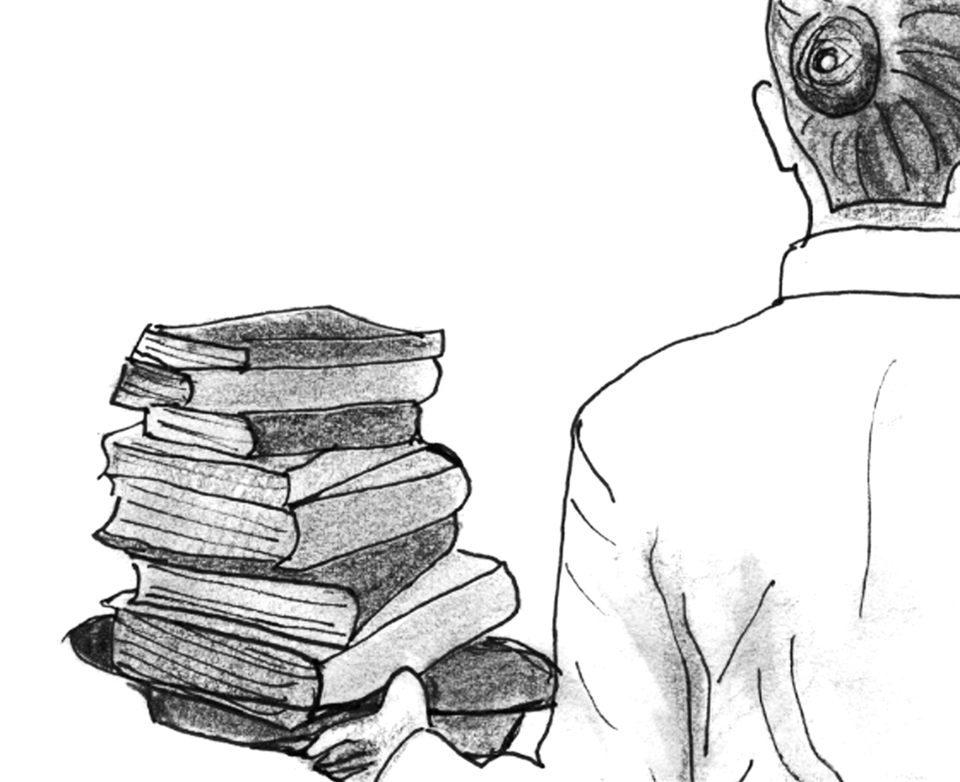 I recently got a job. Not, like, the sort of job that students get when they graduate from Columbia, or a prestigious unpaid internship downtown that (debatably) helps students get an "edge" over other applicants so that they do well in the real-world job market. I got an administrative assistant job working in one of the many schools and departments that make up this wonderful institution called Columbia University. I'm officially a member of Columbia's bureaucracy, which is super exciting, for two reasons.

First of all, I haven't really had the opportunity to work for pay before. OK, that's not 100 percent true: In high school, I acted in a play at a theater company where I was paid a little bit, and I also had a three-day stint at Taco Bell when I was 17. Beyond those two experiences, however, I've never received an actual paycheck. Most of the "work" that I've taken on in my almost 19 years of existence has been in the form of unpaid internships at various organizations. (Many would argue that only the most privileged of students can afford to take on unpaid internships, so I apologize if saying all this makes me sound spoiled, but that's an entirely different column.) After all those enjoyable-yet-unpaid internships, it's almost unreal to think that, in exchange for several hours of work, I'm being given compensation that I can use to further my education. There's definitely power and pride that comes from making your own money, and maybe I'm a bit late in experiencing it, but it's a very good feeling.

Second, working makes me feel like more of an adult. I take pride in going to work, as working is something that my parents and the other adults in my life have done for as long as I can remember. Working while in college means taking on an added level of adult responsibility that you don't really get as a full-time student: You can procrastinate while writing an essay or doing a problem set, but you can't really put off going to work. Either you show up on time or you show up late, and if you show up habitually late, you'll get paid less, and eventually you'll probably get fired. This is a really new experience for me, and I'm honestly enjoying it a lot.

It has been stressful balancing six (soon to be five) courses, working 14 hours a week, doing extracurricular activities, and also sleeping and trying to have a social life. However, it's certainly doable. I've just had to become hyper-organized and create lots of to-do lists and daily handwritten schedules in order to stay on top of things. I find that I do my best work when I'm really busy. Having an activity planned out for every hour of the day makes me feel like my life has purpose. If I have too much free time, I get lethargic, I procrastinate, and I start to feel aimless.

Working part-time while taking a full course load seems to have been a great choice for me, and I'm incredibly lucky to have my job. I do wonder, however, if other Columbia students who work part-time are having similarly positive experiences. The statistics around this are really hard to find, but I'm pretty sure a decent percentage of Columbia's students work and go to school at the same time. According to Columbia's financial aid website, about half of Columbia students are receiving some sort of assistance to go to school here, and, of those students, maybe half are eligible for federal work-study. And then there are students who aren't work-study but who work anyway because of outside circumstances, like me. Some of these students may have to work—that is, working isn't a choice, but a necessity. That's a lot of students, and I'm curious about whether working part-time seriously hinders students' ability to perform well in school.

There are certainly other students like me, students who get a rush out of being really busy, students who think of working 10-20 hours a week on top of getting class work done as a fun challenge. And then there are probably students who can't work and be in school at the same time, students for whom working is a huge distraction. I'm sure that working part-time has a detrimental effect on a lot of students' GPAs.

These students would probably be better off working only during the summers, if at all, during their time as members of the Columbia community. And, for all I know, I could be one of those students the midterm and finals seasons haven't hit yet, but when they do, work could start being less of a "fun challenge" and more of a serious detriment to my ability to handle my academic workload. I don't think that'll happen—at least, I really like my job and I don't want that to happen to me—but it's clear that for some students, working part-time while in school may be both non-negotiable and potentially harmful to their academic careers.

Iman Fears is a Columbia College sophomore. Fears, Herself runs on alternate Tuesdays.