United Nations brainstorms next round of Development Goals

United Nations brainstorms next round of Development Goals 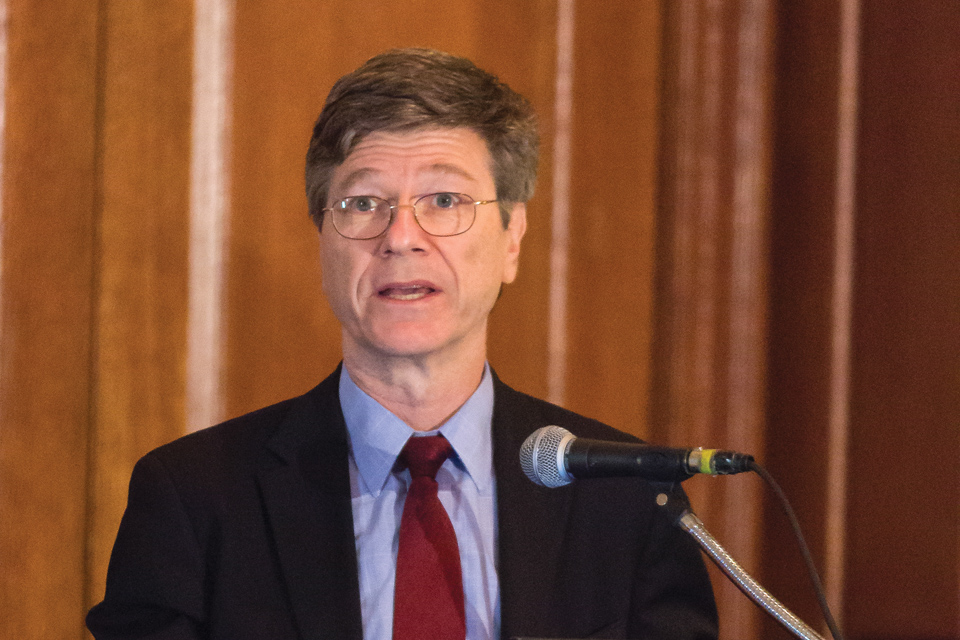 Earth Institute Director Jeffrey Sachs said that the group of researchers that met in Low Library on Wednesday will help bring about a coherent, sensible set of sustainable development goals for 2015.

The Millennium Development Goals will expire in 2015—and Earth Institute Director Jeffrey Sachs believes that too many lives are at stake to let politicians figure out how to replace them.

The event brought researchers from around the world, including Sachs; Joshua Castellino, a law professor at Middlesex University; K. Srinath Reddy, president of the Indian Institute for Public Health; and Cynthia Rosenzweig, a senior scientist at NASA's Goddard Institute for Space Studies.

Sachs said that the group will "help bring about a coherent, sensible set of sustainable development goals for 2015."

Each researcher presented a report on one of the focal issues of the initiative—among them are ecosystem preservation, education and youth issues, and sustainable agriculture and food.

The reports presented at the event, which can be read online, focused on issues ranging from biodiversity to education.

In her presentation on the goals for urban sustainable development, Rosenzweig highlighted the importance of cities.

"Cities are responsible for the bulk of production and consumption worldwide," Rosenzweig said. "By 2015, two-thirds of the world's population will be living in cities."

According to Rosenzweig's report, urban sustainable development goals should educate local leaders on urban challenges specific to their regions, promote innovative design and architecture, and work to prepare cities for climate change and natural disasters.

Reddy presented a report on the role that health care plays in development.

"Poverty reduction is inconceivable and unattainable without investing in health care," Reddy said.

Next week, the broad outline of the Sustainable Development Goals will be presented to world leaders at the U.N.'s General Assembly.

"The timeline that will be agreed on next week will be calling for an initial set of goals established by the end of next year," Sachs said.