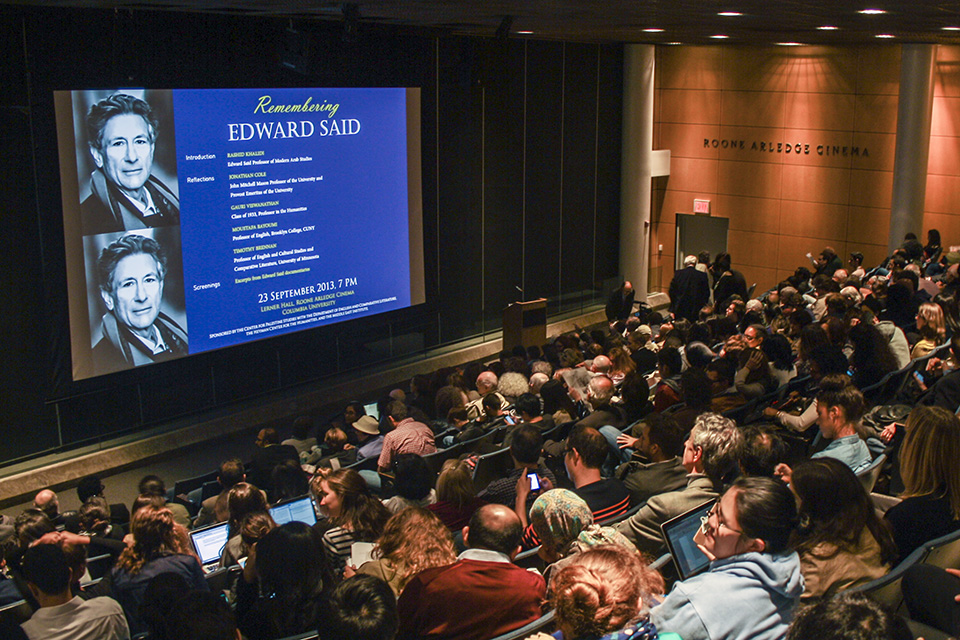 Presenters at the event lauded Saids academic and political accomplishments and spoke of his intelligence, courage, and charm.

Students and academics gathered Monday night to reflect on the life and legacy of Columbia professor Edward Said on the 10th anniversary of his death.

Said, a professor of English and comparative literature, gained fame through his books, especially "Orientalism" and "Culture and Imperialism," and for his advocacy for Palestinian statehood. He died of leukemia in 2003 at the age of 67.

Presenters at the event, which was sponsored by the Center for Palestine Studies, the Department of English and Comparative Literature, the Heyman Center for the Humanities, and the Middle East Institute, lauded Said's academic and political accomplishments and spoke of his intelligence, courage, and charm.

Rashid Khalidi, the first Edward Said Professor of Modern Arab Studies, called Said one of the first scholars to "bring the word 'Palestine' within the pale."

He would "wage a debate in the arena of American public discourse with people who denied [its] very existence," Khalidi said.

Sociology professor and former University Provost Jonathan Cole called Said "the most courageous academic I have known," especially because of Said's advocacy for Palestine in academia.

Cole remembered Said inviting him for a discussion over breakfast shortly before his death, and then shouting from his car, "Don't forget me, Jon."

"My dear friend of 30 years, I cannot forget you," Cole said. "It would have been a joy to grow old together."

Moustafa Bayoumi, a professor of English at Brooklyn College and a former student of Said, said he applied to Columbia because of Said's work.

"'Orientalism' gave me a place in the world, helped me figure out how people were talking about people like me—which was incredibly important for my own development," he said.

Bayoumi said he believes that Said's legacy will live on.

"We may have lost him 10 years ago, but we must never lose him. We will never lose him," he said. "That which he represents can never be lost."

The event, which was held in the Roone Arledge Cinema, also included video clips from "Edward Said: The Last Interview," a 2003 documentary of an informal interview between Said and reporter Charles Glass, his former student. Interspersed were speeches from Said's colleagues, students, and friends.

In the interview, Said discussed a variety of topics, including the importance of teaching literature; his book "Orientalism"; a bilateral Isreali-Palestinian state; and his book "Late Style," which was published posthumously.

Only a few attendees were Columbia students, and many left quietly at different times during the memorial.

Yusra Alshanqity, a School of Continuing Education student studying English and law in the American Language Program, said she liked the overall approach of the memorial.

"I really find it amazing to hear from his success on a personal level and an academic level," she said. "I appreciated the incorporation of both emotion and respect."

Reham Jambi, who is also studying English and law at the School of Continuing Education, said Said's commentary on Palestine was relevant in the Arab world today.

"I'm Saudi Arabian, and the issue of Palestine is a significant issue for us as Arabs and as Muslims, and we really appreciate Said's work," he said. "It was great to hear from people who knew him so well."