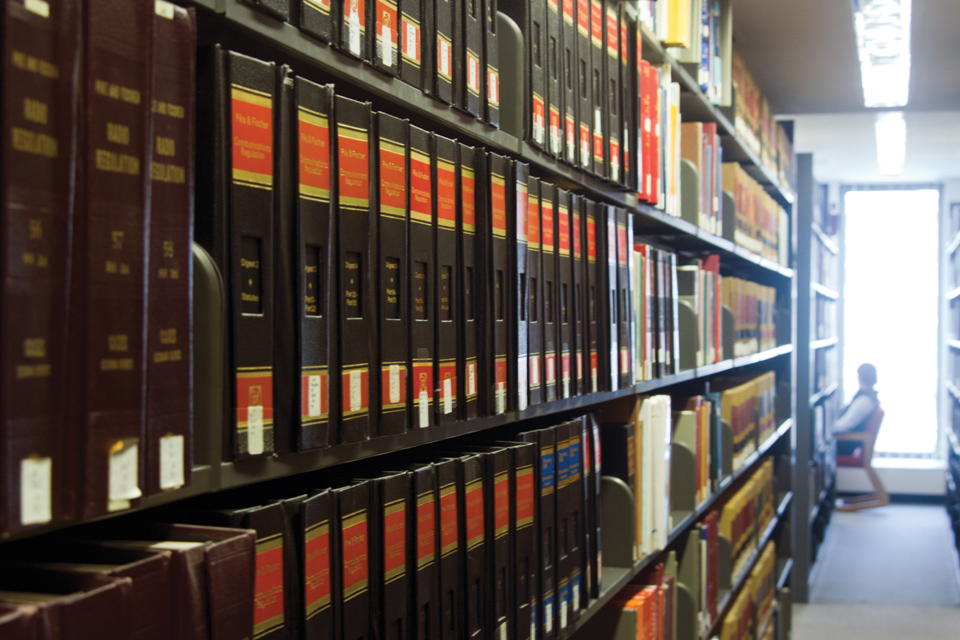 Undergraduates are still unable to access Wi-Fi in the Law library, even after ESC reached out to administrators.

Undergraduates will not be receiving access to the Wi-Fi network in the Arthur W. Diamond Law Library any time soon, despite the Engineering Student Council's effort to change this policy.

Students in Columbia College, the School of Engineering and Applied Sciences, Barnard College, and the School of General Studies are currently able to study in the library, but the Wi-Fi network is available only to Law School students.

At a recent ESC meeting, Tanya Shah, SEAS '14 and vice president of the 2014 council, raised the issue of undergraduates' restricted access to Law Library resources.

"I thought it was a slightly ridiculous policy," Shah said. "If absolute strangers can use the Columbia University Wi-Fi when they come onto campus, then enrolled undergraduates should have Internet access in any library space they can study in."

She said that she received a response from Kent McKeever, director of the library, stating that the "query has been discussed by a number of us in the Law School administration and you should be hearing from our head of IT in the near future."

But a spokesperson from Columbia University Information Technology, which is in charge of the wireless network, said that the office has not yet received a formal request to implement wireless access for undergraduates in the Law Library, and until a formal request is made, they are not able to assess the wireless capabilities in the library.

"To install CUIT wireless capability in the Law School Library, CUIT would first need to perform a design feasibility study to evaluate the technical requirements," the statement said.

The Diamond Library itself is not administratively considered a part of the Columbia University Libraries and reports through the dean of the Law School. It is only in CUL facilities that wireless networks are open to all students of the university.

Nancy Goldfarb, director of public affairs at Columbia Law School, said in an email that "the library is generally open to Columbia University students, faculty, staff, and alumni. Should CUIT decide to extend its wireless network to the Law School Library for the benefit of the wider University community, we would be amenable to that expansion of Wi-Fi access."

Many students agree that the restricted Wi-Fi network should be expanded to undergraduates.

Hamad Alsaadi, SCE '14, said that he would use the library if Wi-Fi access was available to him. "It's a nice library. Good seating and very comfortable. I would stay there. It's the Wi-Fi thing that is a problem," Alsaadi said.

Yet some undergraduates say that it is for this very reason that law students might prefer that the Wi-Fi network remain accessible only to them.

Shamm Petros, CC '14, sympathizes with this point of view.

"I'm friends with a few law students, and they prefer it this way because it limits the amount of students that study in the building. I don't blame them for wanting that," Petros said.

Law students also expressed concerns that an expansion of access would overload the bandwidth.

"I think it could be a problem," Allegra Noonan, Law '15, said. "It gets overloaded now by how many students are on it. There can be problems getting on the internet."

However, other students do not believe that this is a problem.

"Look at how Butler handles all these people. Technology is not an issue," Alsaadi said.

For Shah, being granted access to the Diamond Library network is a way to improve the undergraduate experience.

"Finding study space is a challenge for a lot of Columbia students. While it is difficult to create more space, we can find ways to make the existing space more accessible and useful for students. Pushing for internet in the law library is a small but important step toward that goal."

Correction: An earlier version of this story stated that Barnard students are not allowed in the Law Library at all. While they are allowed in the library, like other undergraduates, they do not have access to Wi-Fi. Spectator regrets the error.