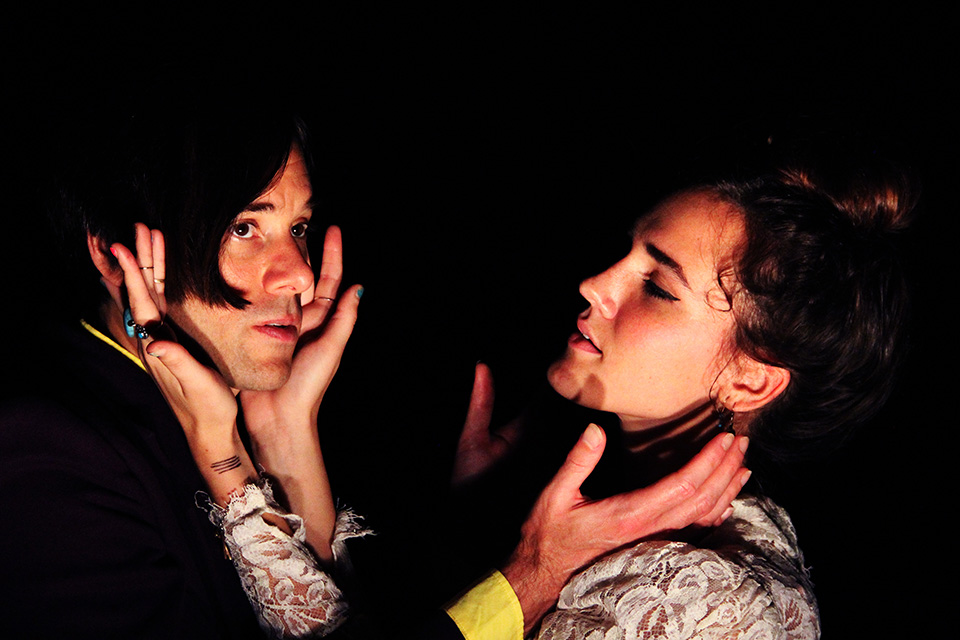 Well-established indie-pop-funk-rock-electro-synth sixsome of Montreal continues to escape easy definition with its 12th album, "Lousy with Sylvianbriar," to be released on Tuesday.

"Beatles-esque" has been the accusation of critics since of Montreal's debut in 1997. The first track on the new album, "Fugitive Air," embraces that early heritage with its simple, upbeat chords and charismatically raspy rock vocals from frontman Kevin Barnes, all topped off with some campy, almost tacky "la la la's" over the bridge.

From there, however, the tribute-band impression—which of Montreal could no doubt perform with its eyes closed—thankfully gets left behind, as the band begins to bend and borrow from an abundance of genres to lend depth to the album's sound.

The second track, "Obsidian Currents," immediately unnerves the listener with its unexpected chord progressions and creepy background synth­. It's Fleetwood Mac with a darker, more psychedelic edge—a sound to conjure up those "obsidian currents" that "will devour you." The introduction of Rebecca Cash's earthy vocals alongside Barnes' adds another layer to remove the band from Beatles-imitation territory.

"Lousy with Sylvianbriar" goes through several metamorphoses as the album progresses. "Belle Glade Missionaries" sounds like someone took Bob Dylan to a disco boasting a synthetic harp, in the best way. "Sirens of Your Toxic Spirit" is a complete shift, with its gorgeously simple harmonies and the tragic refrain "I'm not a patron of yours anymore" marking perhaps the most gentle and honest track on the album.

Of Montreal proves its talent for mixing and adapting a wide range of artists and genres in this fusion album, though it stumbles when its eclectic blend of sounds becomes too ambitious. "Triumph of Disintegration" is sadly prophetic in its title—despite a dance-worthy beat and endearingly heartfelt teen vocal, the chasm between indie-pop verse and '60s-inspired rock chorus proves to be too great a leap. The same can be said for "She Ain't Speakin' Now," in which an angry, guitar-heavy chorus unsettles a sweetly poignant, vocals-led verse.

Though of Montreal is best known for its upbeat pop-inspired tracks, "Lousy with Sylvianbriar" is most successful when it embraces its moodiness, creating a new, mature feel for the band. "Raindrop in My Skull" is a beautiful track, with Cash's understated lead vocals a refreshing change from Barnes' rock-inspired sound. There is a real integrity and realism to the lyrics ("My guitar feels strange in my hands") and a flash of glamour in the opening violin sequence, and the band's trademark kooky synth is used just enough to enhance the track without overpowering it.

"Lousy with Sylvianbriar" is a great listen if you're feeling nostalgic for some '60s psychedelia, mixed with a little funk sensibility and informed by The Eagles, The Strokes, some Midwestern country, a little indie pop, and everything in between. While of Montreal is, for the most part, adept at interpreting sounds of the past and adding a modern twist to create upbeat pop-rock, the band tones down that "retro" feel for a sadder, softer, acoustic-led vocal vibe in its most compelling tracks.

"Lousy with Sylvianbriar" is streaming online and will be released on Tuesday.