IN FOCUS: Volleyball team has depth, but not record

IN FOCUS: Volleyball team has depth, but not record 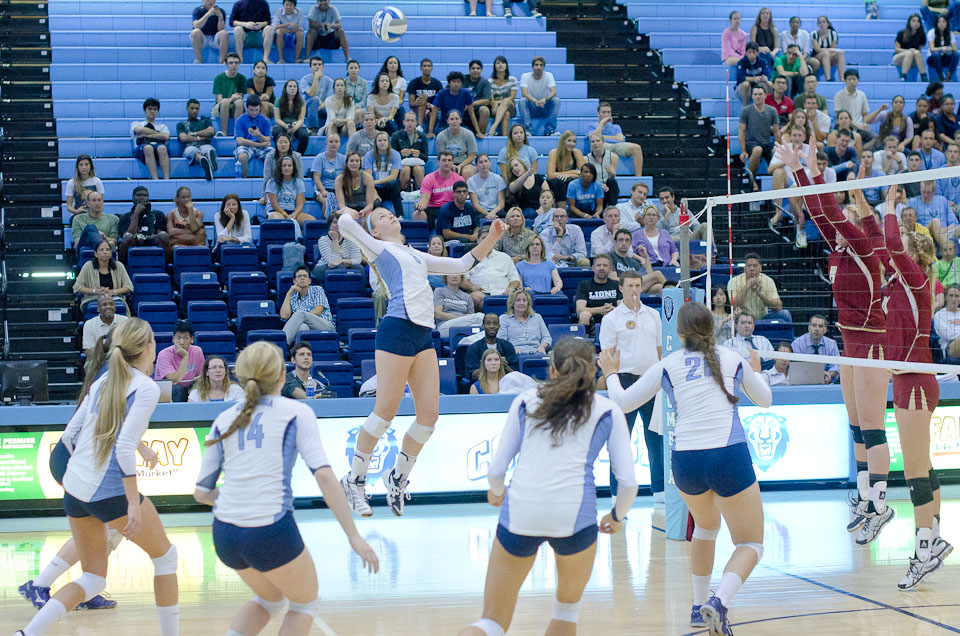 Sophomore Bailey Springer is one of the young players who make up the majority of the team. She contributed 11 kills in the Light Blue loss against Princeton.

A quick glance at the Columbia volleyball team's 3-9 overall record and 1-2 Ivy League record suggests that the rebuilding process will be long and difficult. But the statistics suggest that the talent cupboard is stocked and Light Blue volleyball is just looking to get its players a little more competitive experience as it gears up to fight for Ivy League titles in the near future.

Head coach Jon Wilson said that they are key to the program moving forward. Other teams have tried to put more pressure on them, but the depth of the team has helped the outside hitters shine.

"At the beginning of preseason, we had a solid double block up on us most of the time, which was a little frustrating," Moye-McLaren said. "We've been working on trying to spread out the offense more. I think we're getting better at setting up the defense. We're communicating with the blockers, our sets for digging are getting a lot better—it just has to come together to correlate to a win."

A look back at the previous season for the Lions provides a telling frame of reference for how Springer and Moye-McLaren have progressed since their first year and why other teams have started to take note. Moye-McLaren finished last season with 129 kills in 77 sets, and Springer finished with 128 kills in 68 sets. This season, the two have 146 and 147 kills respectively, with only 50 sets played.

Beyond these players, the volleyball program is aiming to maintain depth. Players such as sophomores Lucy Tilton and Alex Reale, as well as first-years Cassie Wes, Zoe Jacobs, and Jennifer Petrovich, have made a huge impact on the court.

In particular, Petrovich has stood out after filling in for senior captain Colleen Brennan when she was out during the preseason. Petrovich has transitioned smoothly from running an offense by herself to sharing the workload with Brennan in a system that also allows for more hitting options at the net.

"I've definitely worked really hard at everything we do during practice, and it's coming together," Petrovich said. "The chemistry, it's happening."

In a team sport like volleyball, individual superstar talent is helpful, but it is far from being a criterion for fielding a successful team.

"When we have that kind of play, when we have four or five hitters playing well, you have a good chance of winning the game," Wilson said. "And that's usually what it takes. It's hard to beat someone really good with two or three."

Communication and teamwork will form the cornerstone upon which the Lions need to build going forward, and getting all the talent to be on the same page will be key.

"We are a young team. Having a lot of freshman on the court, it definitely changes the dynamic from what we're used to," Springer said. "We lost Megan [Gaughn] last year, who was one of our big leaders on the court. And Colleen has been out for a while so it made everyone step up. It took everyone to step up and work with each other a lot more, and I think in the long run, it should be good for us."

After the latest loss to Princeton, Jacobs noted how important the team energy was for success on the court.

"I don't think anyone specifically lost the game for us. It was definitely a team thing," she said. "I think we had an energy issue. After a big game last night with a ton of fans, it was hard for us to come back from that. I'm confident that we're going to be fine after that. I think we need to regroup and have a good week of practice."