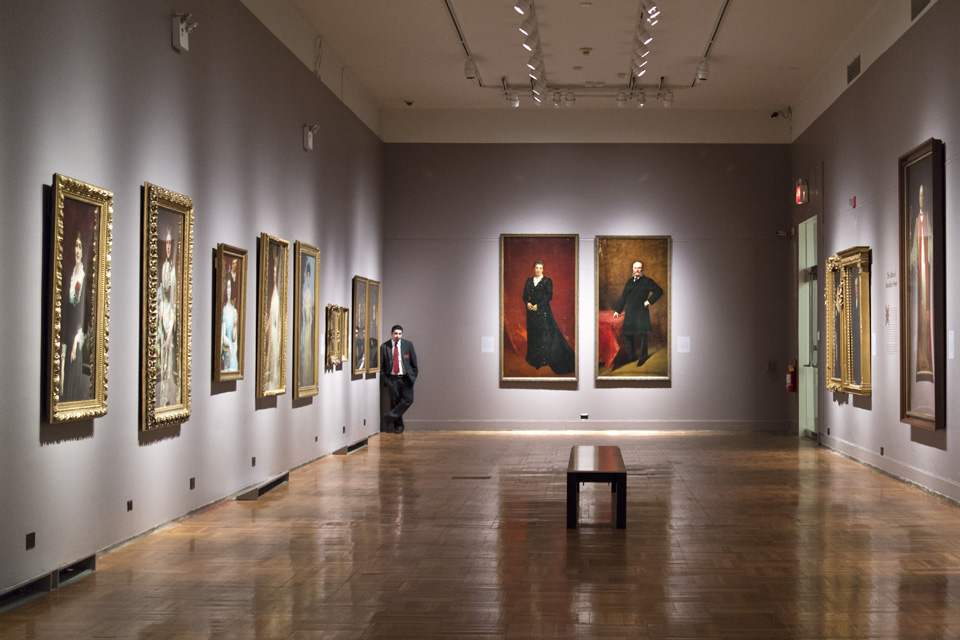 So Yon Jun for Spectator

The Gilded Age—the period of American history between the end of the Civil War and the beginning of World War I—was characterized by rapid industrial expansion and the luxury of the upper class. "Beauty's Legacy" is a celebration of New York City's high and mighty during the turn of the last century. While portrait subjects are all from the upper class, there is some variation. Cherubic boys in lacy dresses, distinguished elderly gentlemen with fantastic sideburns, glowing debutantes, and aging socialites line the room.

The exhibit boasts portraits by some of the greats of American painting, including John Singer Sargent, Eastman Johnson, and Gilbert Stuart, as well as work from lesser-known artists, including James Montgomery Flagg, famous for the Uncle Sam "I want YOU for U.S. Army" propaganda poster.

A highlight is Daniel Huntington's 1857 portrait of Charles Tracy Barney and his brother Gardiner. The brothers are embracing, but as Gardiner had died before the painting was completed, Huntington placed him in a shallow hole.  He also added a shovel in the corner of the frame—another subtle reminder of his brother's death. Charles is looking away from his brother toward the future he will experience alone.

Twenty-five miniature portraits commissioned by influential New Yorker Peter Marié are also included in the exhibit. The portraits, all of prominent women of the time, collectively represent Marié's ideal of beauty. Though each painting is meticulously detailed, the exhibit's poor lighting makes it difficult to see the intricacies.

Many of the New Yorkers represented in the exhibit have a connection to Columbia, including several male portrait subjects who are alumni. Leonard Lewisohn, subject of a portrait by Charles Auguste Émile Durand's, was a member of a family that donated much of its fortune to Columbia. (Lewisohn Hall, home of the School of General Studies, is named in the family's honor.) The Lewisohn portrait, and the accompanying painting of his wife, take up the entire back wall of the exhibit. From this vantage point, they quietly oversee the exhibit with a dignified grandeur.