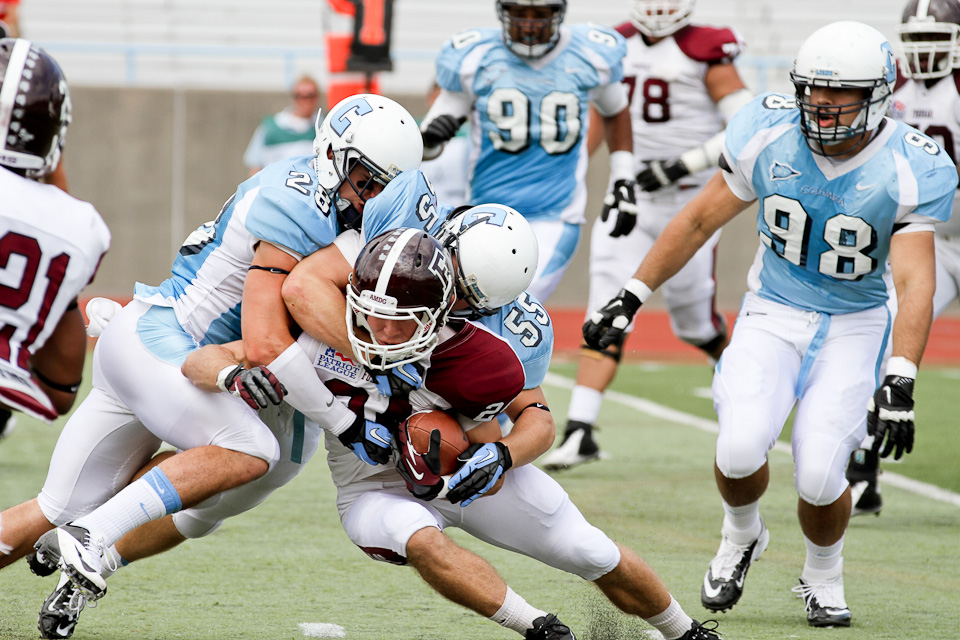 A study released Monday found that 40 percent of Columbia football players who said they were fully recovered from a concussion still showed neuropsychological deficits.

A medical study released Monday found that from 2000-2011, 40 percent of Columbia football players who said they were fully recovered from a concussion still showed statistically significant impairment in cognitive testing. The study, conducted by Dr. Tanzid Shams of Tufts Medical Center while he was still doing research at Columbia, examined 70 concussed athletes across 11 seasons to try to determine better guidelines for when a player should return to the field.

A baseline for the data came from the HeadMinder Concussion Resolution Index, a neurological assessment system. According to the study, the CRI test was done on all players who experienced any level of concussion, at least 24 hours after the injury and only after the player reported his symptoms had finished. The CRI uses tests such as symbol searches, digit symbols, and trail-making to determine a score of cognitive performance.

Among 436 Columbia football players between 2000-2011, 70 were found to have concussions, 28 of whom had statistically significant impairments even after they had reported a full recovery. In a statement on the study's release, Shams said it was "remarkable" that 40 percent of athletes who claimed they were fine still had neuropsychological deficits.

Though it is unclear if or how the study will be used, it could possibly lead officials to extend the length of time athletes must wait before they can get back on the field after a concussion.