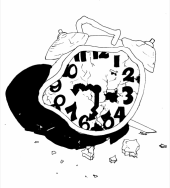 Good morning folks! Get ready for more snow in the next few days, but today there will be clear skies. Outside will still be bitterly cold, though. Also, here are some MTA service alerts. Columbia news:

There are protests over professor dismissals in the School of Public Health. The "I woke up like this" photos from this weekend are part of a larger effort to raise awareness for Columbia's first Body Positivity Week , slated for the end of this month. Sports have been sporting. The picture below is from a Yale versus Harvard game.

Olympic sports have been sporting, too. Specifically, Shaun White  did not score high enough in any of his events to receive a medal. There was a deadly bus crash this morning in Greenwich Village. Top-level officials in China and Taiwan talked together on Tuesday , opening official government communication lines with each other since 1949.
diplomacy olympics snow wake-up-call wuc