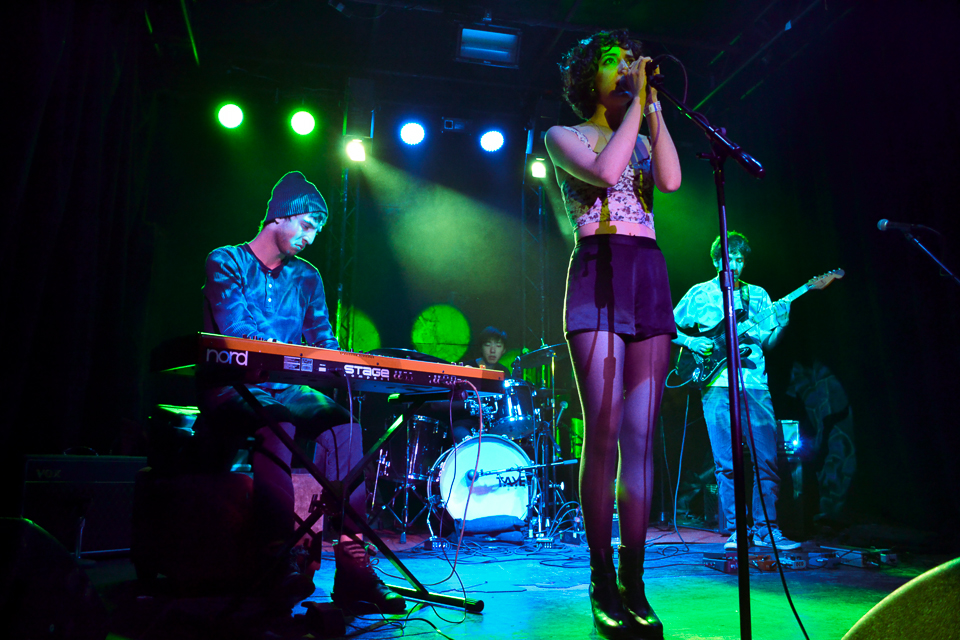 Sun Looks Down performs songs from their recent EP "Sungaze" on Feb. 27.

Three bands familiar to the Columbia campus scene played a show at Slake, a nightclub and concert venue located in Midtown Thursday night.  The evening featured sets by Slow Dakota, Sun Looks Down, and Phonoscenes all three of which are composed of undergraduates from Columbia College, the School of Engineering and Applied Science, and Barnard College.

Slow Dakota, the music project of P.J. Sauerteig, CC '15, has released two EPs since 2012—"Our Indian Boy" and "Bürstner and the Baby."

Sun Looks Down—composed of Diana Flanagan, CC '15, on vocals, Spencer Horstman CC '14, on keyboard, Jacob Sunshine, CC '14 on guitar, and  David Su, CC '14, on drums—released its debut EP, "Sungaze," in January. It is currently available streaming on Spotify and available for download from iTunes.  Sun Looks Down was also recently featured in WNYC's Battle of the Boroughs and have played several shows in the New York and Los Angeles areas in the past year.