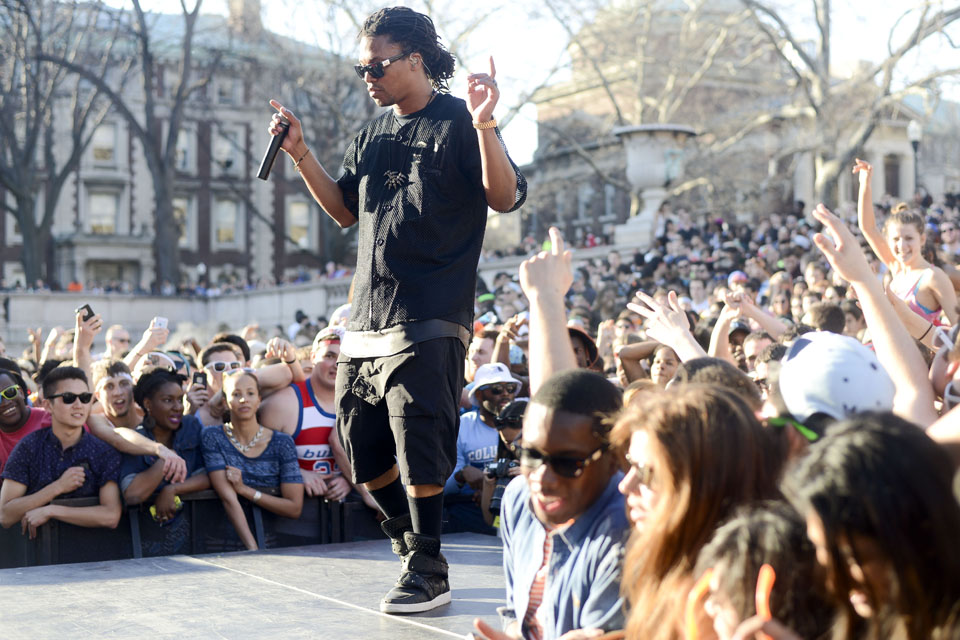 Lupe Fiasco performs on Saturday as part of #THROWBACCHANAL.

It's a banal platitude to say that Bacchanal comes but once a year, but what the day brings is anything but banal. Saturday's concert, #THROWBACCHANAL, featured five acts that performed over the course of the (sunny and warm) afternoon. Nøvachørd (aka Mitchell Veith, CC '15), California Love (made up of Taylor Simone and Josh Mac, both CC '14), Flaxo (aka Nick Perloff, CC '16), and The Chainsmokers all took the stage ahead of headliner Lupe Fiasco. During the concert, which took place in an enclosed Low Plaza, Korilla BBQ's truck was parked on college walk and volunteers handed out water and sunscreen to concertgoers.

Earlier in the day, Holi, organized by the Hindu Students Organization, took over Ancel Plaza, covering it and the participants in multicolored paint.