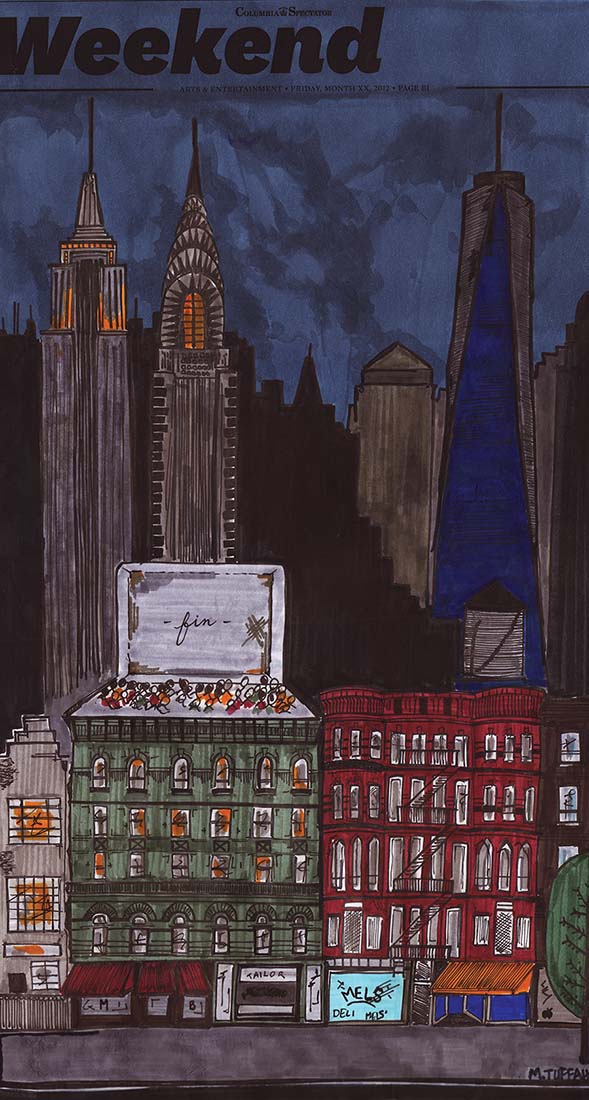 This marks the last weekend issue of the semester, but there's still a ton of stuff going on. Make this last, pre-finals weekend count! Cinematic Skylines: Rooftop films offer new angles on NYC---This summer, the 18th annual Rooftop Film Festival will take over one rooftop each weekend and build an entire theater, only to take it apart the next day, all in celebration of New York and independent film. Read about its history and what to look forward to during this summer's festival. Best of: Cult film soundtracks---Can't make it to the Rooftop Film Festival? Get your indie fix with music from classic cult movies, featuring everything from Lou Reed to Alice Cooper. more 'Nikki Nack': New album shows off tUnE-yArDs' range, willingness to push envelope---The first way Eric Wimer describes the new album "Nikki Nack" is "'Blue's Clues' on acid set to a wild African drumbeat and disorienting synthesizers." If that doesn't say enough, you can still expect tUnE-yArDs to hide serious issues underneath fun beats. Check this one out!

Courtesy of Joan Marcus
The 120th Annual Varsity Show ---It's a tradition. Just do it, if you can still manage to find a ticket! Performances are tonight and tomorrow at 8 p.m., and Sunday at 2 p.m. and 8 p.m. Tickets are $7. KCST Presents: The Tempest ---In their annual spring traveling show, KCST brings "The Tempest" to life across campus. Tickets are free and you should meet at the sundial tonight at 11:59 p.m. or tomorrow night at 8 p.m. CUBE presents excerpts from "Swan Lake" ---See parts of this classic ballet in person for just $5 at the Glicker-Milstein Black Box Theatre. Performances start at 8 p.m. and 10 p.m.
cult-film end-of-the-year ramen rooftop-films sutton-foster the-last-weekend v120 varsity-show violet weekend weekend-nugget