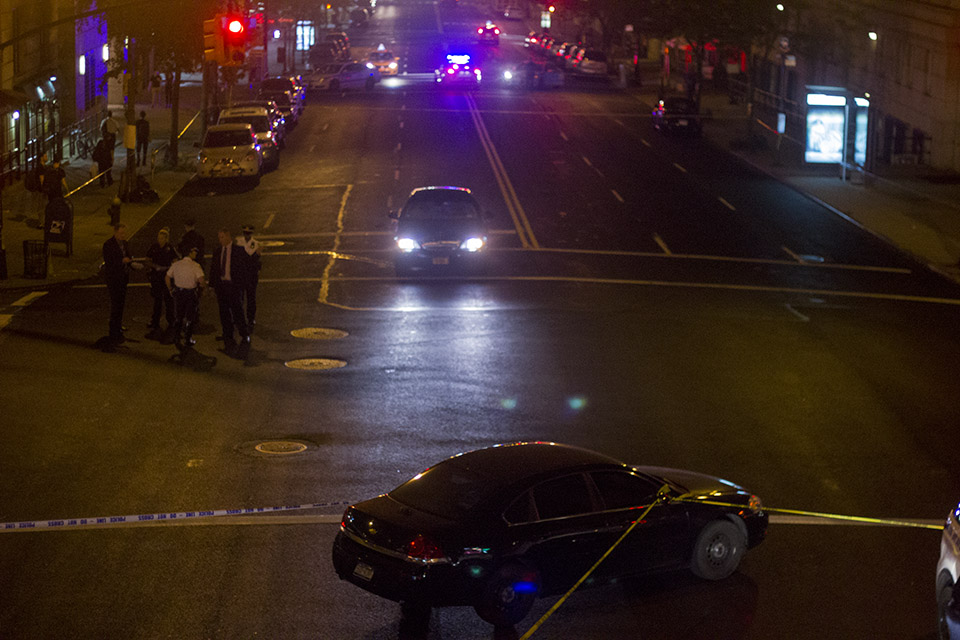 On Wednesday night, police blocked off the section of Amsterdam Avenue between 115th and 116th streets after a black Lincoln town car hit a pedestrian. The vehicle was stopped on Amsterdam Avenue, in the middle of the 116th Street crosswalk.

A pedestrian was struck and injured by a black Lincoln town car at approximately 9:30 p.m. Wednesday night at the intersection of Amsterdam Avenue and 116th Street. Public Safety officers said the victim, a male, was taken to St. Luke's Hospital.

District 7 Council member Mark Levine tweeted on Thursday that the pedestrian was "in extremely critical condition."

Levine told Spectator in an interview on Friday that, as of Thursday, the pedestrian—a Hispanic male in his 20s or 30s—hasn't been identified yet because he wasn't carrying ID at the time of the collision, but that his injuries were serious.

"It sounded like he was fighting for his life," Levine said.

"I saw the guy on the ground. I could see blood coming out of his head," Acuma said.

According to Acuma, pedestrians gathered around the victim immediately, and an ambulance arrived a few minutes later.

Amsterdam Avenue was closed between 115th and 116th streets until almost midnight with at least eight police cars present. During that time, the vehicle that was involved in the crash was stopped facing north on Amsterdam Avenue, in the middle of the 116th Street crosswalk.

This is the second car accident to occur at that intersection this month. A Columbia Public Safety officer was hit by a car on Aug. 10.

Levine told Spectator that the intersection could be made safer with a few adjustments.

"I think that spot is a problem," Levine said, adding that the intersection could be safer with better lighting, the addition of a pedestrian median, and a bulb-out to extend the sidewalk. "Those also could have the effect of slowing down traffic. We're crafting a letter to the DOT to ask them to study these things."

It is unknown whether the victim was a Columbia affiliate.

Check back for more updates. If you know anything about what happened, email tips@columbiaspectator.com.