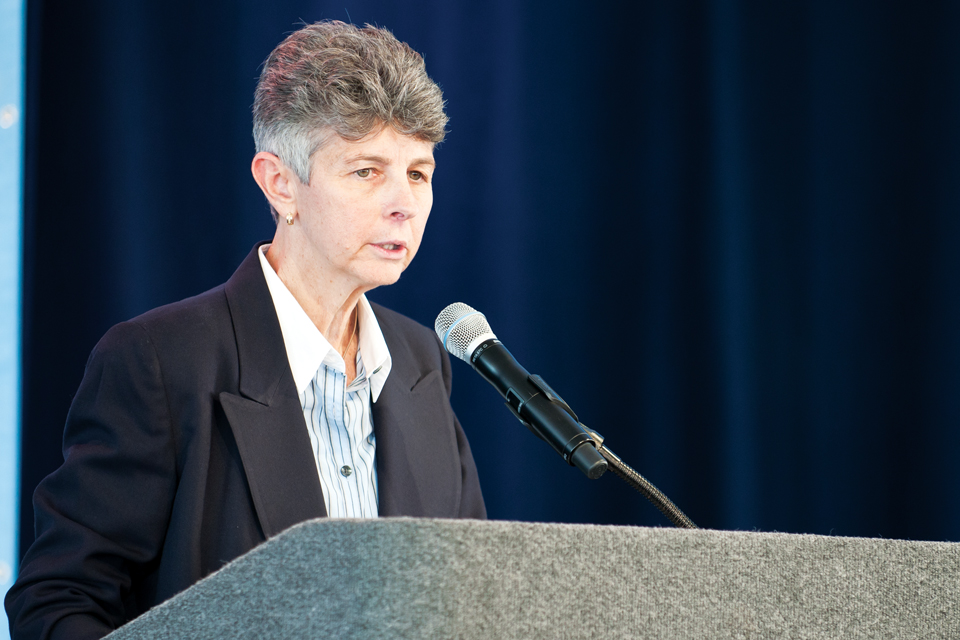 Athletic Director M. Dianne Murphy will resign at the end of the academic year.

Athletic Director M. Dianne Murphy will resign at the conclusion of the academic year, University President Lee Bollinger announced in an email on Tuesday.

Murphy has presided over Columbia sports since 2004, after six years in the same position at the University of Denver. During her decade with the Light Blue, Columbia has won 26 Ivy League titles, with particularly strong performances annually in baseball, men's golf, men's tennis, fencing, and archery. The 2013-14 school year was Columbia's most successful on the field, with five Ancient Eight titles.

Bollinger praised Murphy and her "remarkable service to the University" in his email.

"Dianne's commitment to recruiting talented coaches in all areas has been essential to our progress. And in sports that have not yet achieved up to their potential, she has continued to recruit exceptional coaches with a mandate to improve," Bollinger wrote.

But Murphy's tenure has also been marked by the futility of the football program. After posting just one win in the 2011 season, former head coach Norries Wilson was fired. Successor Pete Mangurian's team posted three wins in its first season, but was barely competitive last year en route to a winless campaign.

In late November, alumni called for the replacement of both Mangurian and Murphy, expressing discontent with the trajectory of the program and urging that "an outside group be brought in to assess the entire athletics department." Spectator's editorial board called for the dismissal of Murphy as well.

"People have every right to be frustrated with what's going on with our team," Murphy said in January, adding that while she was happy people cared enough to voice their concern, she thought they were sometimes unprofessional in their approach. As for the calls for her job, Murphy said it was something that comes with the territory of being athletic director.

In unprecedented fashion, Bollinger came to both Mangurian and Murphy's defense in a letter to the editor in November. As in his email to students on Tuesday, Bollinger's letter pointed to the success of Columbia Athletics in recent years, particularly in non-marquee sports.

Bollinger also emphasized his confidence in Mangurian's leadership, which Murphy has continually expressed as well.

"Generally, people understand that when you're changing a culture, it takes four to five years," she added. "So for people to react that quickly, I think was unfair."

Bollinger's email did not announce a search for Murphy's successor.