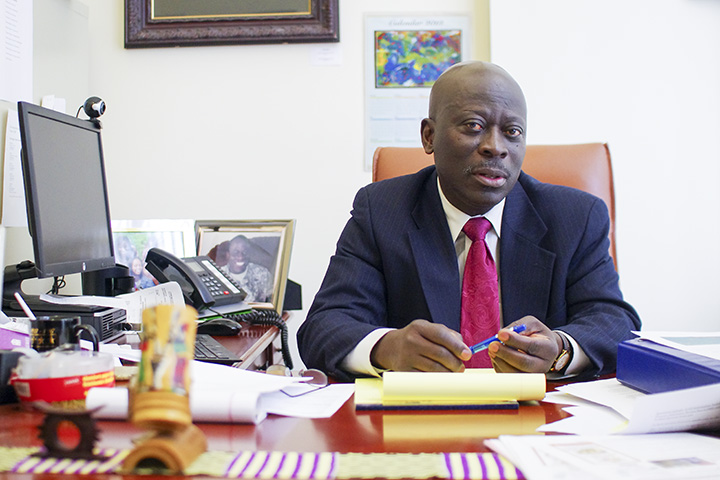 WHDC director Kofi Boateng said that training can help local nonprofit leaders seek out larger grants outside of those offered by the WHDC.

As they continue the process of distributing $76 million to the West Harlem community, representatives of the West Harlem Development Corporation said that while their current outreach has been successful, local residents need more programs that can teach them how to effectively apply for grants.

The WHDC is the group tasked with distributing the money allocated to the West Harlem neighborhood in the Community Benefits Agreement—a document signed by Columbia and community representatives in 2009 at the outset of construction on Columbia's Manhattanville campus.

The WHDC holds one annual grant writing workshop, which was held this month at P.S. 129 John H. Finley School on 130th Street.

"So far, in comments from grantees, they want us to do one [workshop] monthly. Attendees come back, and they understand the process better," Kofi Boateng, the executive director of the WHDC, said.

To Boateng, events like the workshop are an indirect way of leveraging the WHDC's resources. Part of the training that local nonprofit leaders receive at the workshops helps them seek out larger grants outside of those offered by the WHDC.

"There are two ways to help," Boateng said. "If you give them money, it's as though you are giving them fish. Or, you can teach people to fish themselves, give them a fishing pole, take them to the lake."

The event, which was the third annual grant writing workshop that WHDC has sponsored, aimed to teach local nonprofits how to create charts that explain exactly how their nonprofits will use the funds they receive.

Attendees from local nonprofits were invited to the event via an email sent out by WHDC. The event was primarily intended to cater to nonprofits who have applied for WHDC grants in the past.

"A lot of people were there, a very mixed crowd. Everybody seemed to be in the same community district, which is where WHDC works," Jim Little, the deputy executive director at Upper Manhattan Health Center, said of the workshop.

Little said that the workshop's focus on asking nonprofit leaders to tangibly articulate how they would use their grants was positive in that it was applicable to both WHDC grants and grants from other sources.

"I think they do a good job," Little said. "The people they fund are doing really interesting projects, and they are very results-oriented."

Boateng said that WHDC regularly engages in community outreach, such as reaching out to tenants associations at the Grant and Manhattanville houses.

President of Grant Houses Tenants Association Gloria Allen confirmed that the association is in touch regularly with WHDC regarding the use of funds, though she said that she had not known about the grant writing workshop.

The workshop was taught by Ursula Embola, a fundraising generalist who used to run WE ACT for Environmental Justice, a Harlem-based nonprofit that works to develop environmentally conscious practices locally. She could not be reached for comment.

"As a writer, I really appreciate the logic model—it's an uber road map, an uber planning tool that catches all the factors that go into a proposal," said David Marion—associate director of communications and development at The Reading Team, a Harlem-based literacy nonprofit— who attended the 2014 workshop.

Marion said that he still uses the methods he learned at the workshop when he writes to advocate for his nonprofit.

"The logic model gives you specific detail working forward and backward, to catch every single element of what's going to be needed in argument," he said. "It goes deep into rechecking your assumptions."