Ben Platt joins 'The Book of Mormon' on the road

Ben Platt joins 'The Book of Mormon' on the road 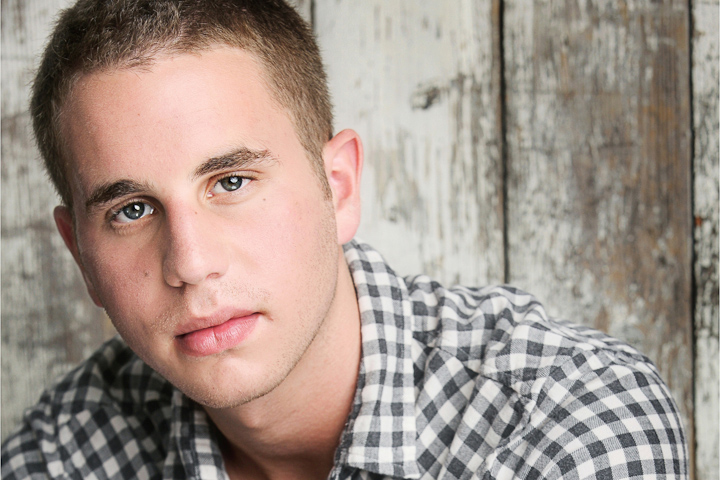 Ben Platt, formerly CC '16, gets to show his talent on tour as Elder Cunningham in 'The Book of Mormon.'

Ben Platt, formerly CC '16 and recent transfer to GS, already made campus news in October when he starred in "Pitch Perfect" alongside Anna Kendrick and Rebel Wilson. Last Thursday, it was announced that Platt would be joining the national touring cast of "The Book of Mormon" beginning Dec. 11.

Created by "South Park" writers Trey Parker and Matt Stone, in collaboration with Robert Lopez, the songwriter from "Avenue Q," "The Book of Mormon" made a splash when it hit Broadway in 2011, winning nine Tony Awards, including "Best Original Score" and "Best Musical." Platt will play Elder Cunningham, played by Josh Gad in the original Broadway cast. He will perform alongside Nic Rouleau, who will be playing the role of Elder Price. Rouleau is currently in the Broadway cast of "The Book of Mormon" in the same role.

This weekend, you can see Platt's talent firsthand in Columbia Musical Theatre Society's production of "Hair: The American Tribal Love-Rock Musical," where he stars as Claude. Producer Allie Carieri said the creative team of "Hair" is excited to have Platt on board.

"Ben has been wonderful to work with. He is a professional actor, and he brings that maturity and professionalism and hard work to every rehearsal," she said. "He just knows his lines, knows his music, he works with the director really well in terms of ... character and creativity."

Come December, Carieri added, some members of the cast are trying to go to Chicago to see him perform.

"We've loved having Ben and we're so thrilled that his professional career is taking off," Carieri said.

Spectator talked to Platt about his experience with musical theater, his process, and what it's like being in a feature film.

What is your past experience with theater? How did you get to where you are now?
Ben Platt: I've been doing professional musical theater since I was nine or 10 years old. I used to do a lot of stuff as a kid, and then all through middle school and high school I would do a job here and there, whatever I could do while staying in school. And the movie was right out of high school.

What led you to audition for "The Book of Mormon," specifically? How did the opportunity arise?
BP: So, during the fall I would go in for a few things here and there. Because of school I would only go for really big projects or things that would be really big for my career, not sort of everyday auditions. Otherwise, I wouldn't be able to stay in school. What happened was, one of the people on the creative team saw "Pitch Perfect" and thought that my interpretation of my character Benji would be a really good match for Elder Cunningham in "Book of Mormon," so ... she had me come in, and I went through, I believe, three rounds of auditions.

Since you took a year off to film "Pitch Perfect," is it strange taking time off again so soon? How do you adjust from performing to learning? Does being in "HAIR" and a cappella at Columbia help ease the transition?
BP: It was at first a bit strange at the beginning to adjust from the year off, but I think that Columbia made it a lot easier because I've been able to transfer to GS, which is sort of designed for that sort of thing, and also because the people I've met in the show that I'm in, which is "Hair," and again, in the groups that I'm in, I've been able to stay a part of during the rehearsal time, even though I've had to stop classes. And I kind of have a home to come back to in the fall, which is really nice. So, the theater community is a really big part of me staying.

How do you prepare for your various roles?
BP: For film and theater, your preparation is different, because for film, you're kind of working towards one incident for each scene. You create each scene only once. For theater, you have to ... sort of create this cycle that your body is used to where you can complete a full character's journey any time, so, eight times a week, or however many times a week. My biggest challenge so far has been—apart from just finding the character and figuring out what my take on it is, because I'm a bit different from the guy that usually plays the character­—has been just the stamina, the cardio of it, because you can never really leave the stage. You've got song after song­—you don't get a lot of down time.

Do you prefer being in films or in theatrical productions? Why?
BP: I certainly love the experience of the movie, and I can really appreciate the subtleties of it. But just because of, you know, growing up, and because I fell in love with theater from a really young age, I think that will always be my most favorite thing.

Were there any movies, shows, or actors that were really influential in making the decision to become an actor yourself?
BP: I'm not sure if it was actors, or more that I grew up and my dad was in the business. He, you know, would play us musicals in the car every day. So, I grew up sort of knowing all about what's a revival, what's an original show, like all this sort of Broadway information you know if you grow up in New York. I think that was what set me on the track. I ended up being the only one that really wanted to stick with it—fell enough in love that I wanted to make a career out of it.

Click here to read a story about the Columbia Musical Theatre Society's production of "HAIR," in which Ben Platt stars as Claude.

Correction: An earlier version of this story misquoted Carieri, stating that the cast of "HAIR" is trying to see Platt perform in Chicago, when, in fact, only a few members of the cast are. Spectator regrets the error.