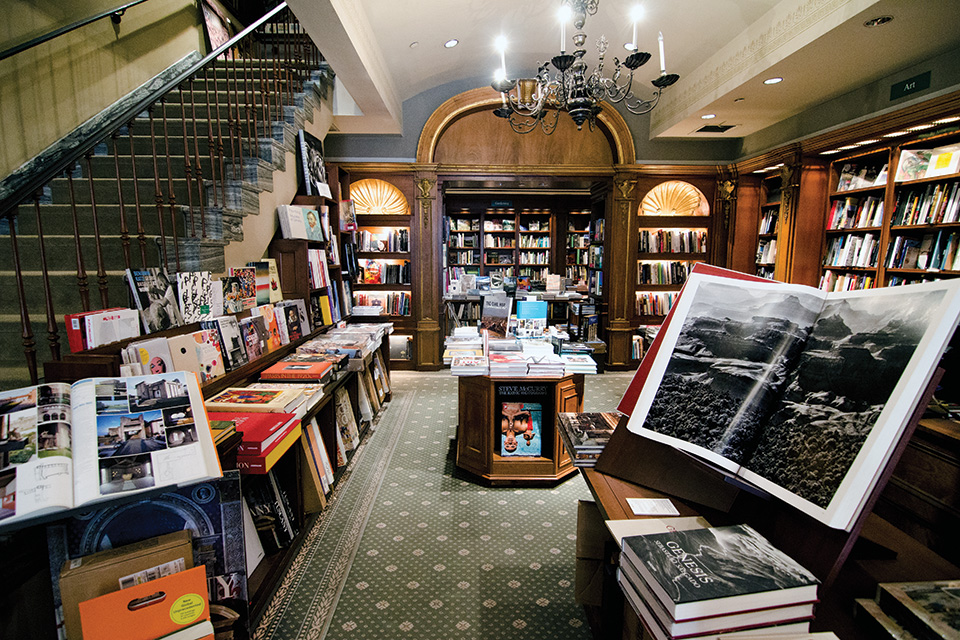 NSOP leaders will likely suggest the Metropolitan Museum of Art, the Strand, or Upright Citizens Brigade for some New York City culture. And while all of these provide unique experiences and are worth a visit, there is an abundance of less-hyped spots all around the city that your Orientation Leader may forget to mention. If you're looking for Walter White's Tyvek suit, Klimt's "Adele Bloch-Bauer I," or even just some good improv, these spots around the five boroughs are worth a trip.

Rizzoli Bookstore: The glamorous and enchanting Rizzoli Bookstore is a must-see for anyone who grew up lusting after the library in "Beauty and the Beast." While not an independent bookstore—it's owned by Italian communications giant RCS MediaGroup—Rizzoli is still magical, hosting regular author readings and signing events.
31 W. 57th Street, between 5th and 6th avenues (1 to 59th Street)

Bluestockings: Not only a bookstore, Bluestockings is a center for radical activism on the Lower East Side. It houses a large selection of titles on gender studies, feminism, queer studies, and capitalism. If you're interested in social justice, this independent bookstore and café also organizes a prison letter-writing group.
172 Allen Street, at Stanton Street (1 to 59th Street, D to W. 4th Street, F to 2nd Avenue)

McNally Jackson: Boasting a selection of literature organized by nation and spread across two floors, a downstairs event space, and a café, McNally Jackson is a haven for anyone who wants to study with a pick-me-up or attend a reading. The store also has a printing press, which prints public domain titles on demand.
52 Prince Street, at Mulberry Street (1 to 59th Street, D to Broadway-Lafayette Street)

Ensemble Studio Theatre: Founded in 1968, the Ensemble Studio Theatre is a nonprofit dedicated to fostering the development of American theater. It produces more than 150 readings, works-in-progress, and mainstage performances a year. The theater hosts an annual one-act play marathon in early summer.
549 W. 52nd Street, between 10th and 11th avenues (1 to 50th Street)

Peoples Improve Theater: The Peoples Improv Theater, otherwise known as the PIT, has scheduled comedy shows seven nights a week that are free or under $10. If your interest in comedy and improv extends beyond simply being a spectator, the PIT also offers classes in improvisation, comedic writing, and professional development.
123 E. 24th Street, between Park and Lexington avenues (1 to 28th Street)

Neue Galerie: If your dorm room poster of Gustav Klimt's "The Kiss" is boring you, check out some of his other work at this museum dedicated to German and Austrian art from the 20th century. The museum hosts rotating collections, from fashion in turn-of-the-century Vienna to the paintings of Kandinsky and the beginnings of abstract art. Fashionistas will recognize the interior as the backdrop for photo shoots in Harper's Bazaar and Elle.
944 Fifth Avenue at 86th Street (M4 to 75th Street)

5Pointz: This is not your typical subway graffiti. A warehouse-turned-outdoor art space, 5Pointz towers above Davis Street in Long Island City and has become a Mecca for graffiti artists from all over the world. But 5Pointz isn't just for graffiti enthusiasts—the space offers live hip-hop performances, break-dancing, and open parties. Be sure to look for the "Alice in Wonderland" scene and the gigantic tiger.
45-46 Davis Street in Long Island City (1 to 42nd Street, 7 to Court Square)

Museum of the Moving Image: Hollywood meets history at this Astoria-based museum dedicated to the art of television and film. The Museum of the Moving Image offers visitors everything from classic mementos from film history, to behind-the-scenes looks at some of your favorite television shows and movies, like "Breaking Bad" and "Citizen Kane." As an added bonus, the museum screens classic movies and previews upcoming films regularly.
36-01 35th Avenue, between 36th and 37th streets in Astoria (1 to 42nd Street, 7 to Queensboro Plaza)