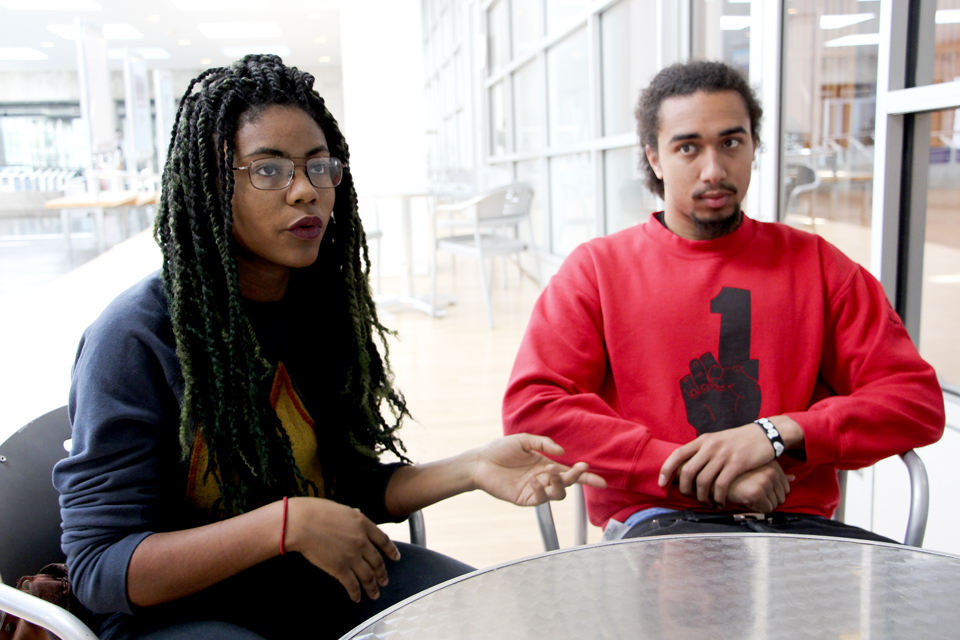 Taylor Simone, left, and Josh Mac, both CC 14, will perform together as California Love at Bacchanal at 2 p.m.

Bacchanal audience members will get to see three of their peers' musical talent on display when student openers Nøvachørd and California Love take the stage on Saturday. Nøvachørd, also known as Mitchell Veith, CC '15, and California Love, composed of Josh Mac and Taylor Simone, both CC '14, received the most student votes after the usual pre-Bacchanal Battle of the Bands was canceled earlier this spring.

Following the cancellation of the actual Battle of the Bands, Mac and Simone, who first met in high school, decided to team up. Mac's laid-back, smooth rap, complements and checks Simone's jazzy R&B.

"It just kind of organically happened," Simone said. "Josh is a great rapper with definite Cali roots, and we're really excited to bring something familiar."

The Los Angeles natives prepared three individual songs and will collaborate on another two to open and close their performance. Accompanied by backup dancers and a full band, Mac and Simone said they had been hoping to surprise Columbia with their original closing piece. But the first-place-winning duo, who had prepared to end its 45-minute set with a bang, was surprised on Tuesday with news of a 15-minute cut.

"It's been hectic. Taylor was talking to the committee all day [Tuesday]," Mac said. "I'm still not satisfied."

Despite the time constraints, Simone and Mac said their set will be more akin to Snoop Dogg's energetic performance four years ago, channeling Snoop's West Coast hip-hop, and will be in tune with their shared California roots.

Nøvachørd will also perform a half-hour set of electronic dance music, bringing some original mixes to the stage along with a few surprises that the audience might not expect.

"Everyone who aspires to be a good DJ—they'll meet the audience's expectations but also push them to listen to new things," he said.

Veith, a cellist, said he works to infuse his classical training into electronic dance music, adding a twist that will bring an emotional side back to his music.

"I think a lot of EDM these days is just about the drop and how hard it can hit. As nerdy as it sounds, I try make my music more artful," Veith said. "It is kind of meaningless music sometimes—you can just string a bunch of songs together that make you want to jump up and down, but what did you actually accomplish as an artist?"

Veith said he is also considering creating a mix that contains all of Saturday's performers.

"I think everyone needs their memory jogged for Lupe Fiasco," Veith said, adding that he wants to play music designed to get people to move.