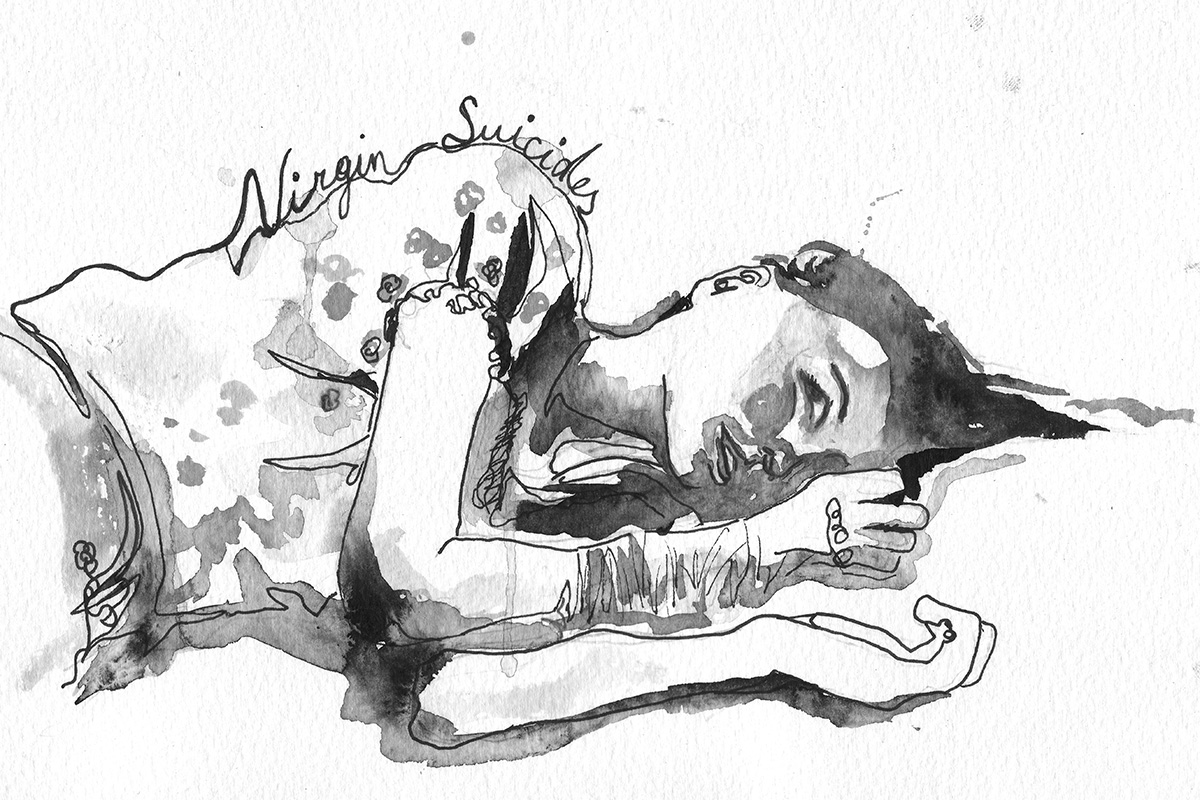 Illustration by Rachael Dottle
By Carroll Gelderman | Spectator Senior Staff Writer | May 2, 2014, 10:43 AM

For most of us, our movie-watching experience over the past several months has entailed bundling up in bed with our computers and a Netflix account. Now that the weather has (sort of) gotten warmer, you can enjoy a new kind of film experience at the Rooftop Films Summer Series, a series of film screenings held on—you guessed it—rooftops throughout the city. The group's film picks are normally of the indie/cult brand, so in honor of this upcoming event, here's a list of the some of the best cult film soundtracks of all time. Now you have new music for your summer playlist and movie suggestions for all your newfound spare time.

Breakfast on Pluto'
This film features Cillian Murphy as a transgender woman named Patrick "Kitten" Braden who goes on a journey to find the mother that abandoned her as a baby. Like "Velvet Goldmine," the film is set in the 1970s, but this set of songs is far more pop-y. The beauty of this soundtrack is that each song choice perfectly captures the mood of the scene in which it is featured. The melancholy "Honey" plays as Kitten leaves her hometown in Ireland for London, and "Children of the Revolution" pounds over the speakers of a bar frequented by several members of the Irish Republican Army. The only weak part of the soundtrack occurs when Murphy provides the vocals for "Sand"—the guy just doesn't have the vocal chops. I will always hold that Cillian Murphy is one of the most underrated actors of our time, but a singer he is not.

Stand-out tracks:
"The Windmills of Your Mind" by Dusty Springfield
"You're Breakin' My Heart" by Harry Nilsson
"Honey" by Bobby Goldsboro
"Children of the Revolution" by T. Rex

Velvet Goldmine'
No disrespect to the dead, but when Roger Ebert panned this movie, he was wrong. I'll admit that the plot is a little scattered, but the excellent soundtrack makes up for its flaws. In the film, Jonathan Rhys Meyers plays Brian Slade, a glam rock star loosely based on David Bowie, who enters into a relationship with a Lou Reed/Iggy Pop-inspired musician played by Ewan McGregor. Bowie wouldn't allow the producers to use his music (probably because Brian Slade is such a dick in the movie), but the movie does feature music by Lou Reed and Brian Eno. The soundtrack is rounded out by a few original pieces written for the film and several covers of classic glam rock songs with vocals by Radiohead's Thom Yorke. One scene features Ewan McGregor singing The Stooges' "T.V. Eye" while jumping around on stage covered in glitter—and nothing else. If that doesn't make you want to check out this film, I don't know what will.

Stand-out tracks:
Cover of Brian Eno's "Baby's on Fire" with vocals by Jonathan Rhys Meyers
"Needle in the Camel's Eye" by Brian Eno
"Satellite of Love" by Lou Reed

'The Virgin Suicides'
For me, any soundtrack that features a song by Todd Rundgren is automatically the greatest.  This one happens to include not just one, but two. The film, based on a Jeffrey Eugenides novel of the same name, is about a mysterious family in 1970s suburbia. After the youngest of the five daughters attempts suicide, the family becomes extremely reclusive, sparking the curiosity of a group of neighborhood boys. The music in the film becomes integral to the plot as the girls' favorite albums serve as some of their few links to the outside world.

Stand-out tracks:
"A Dream Goes on Forever,"
"Hello It's Me" by Todd Rundgren
"Along Again (Naturally)" by Gilbert O'Sullivan
"The Air That I Breathe" by The Hollies

Dazed and Confused'
For the seemingly thousands of times I've seen this movie, it has never gotten old, and that is largely due to its epic soundtrack.  The film follows a group of high school students at a public school in Texas on the last day of school. The soundtrack features some of the greatest hits of the 1970s—which I guess is my favorite decade, as evidenced by these picks. One of the best and most perfect scenes of the film, accompanied by Alice Cooper's "School's Out," shows the kids trashing the school before sprinting out to start their summer vacations.

Stand-out tracks:
"Fox on the Run" by Sweet
"School's Out" by Alice Cooper
"Low Rider" by War
"Sweet Emotion" by Aerosmith