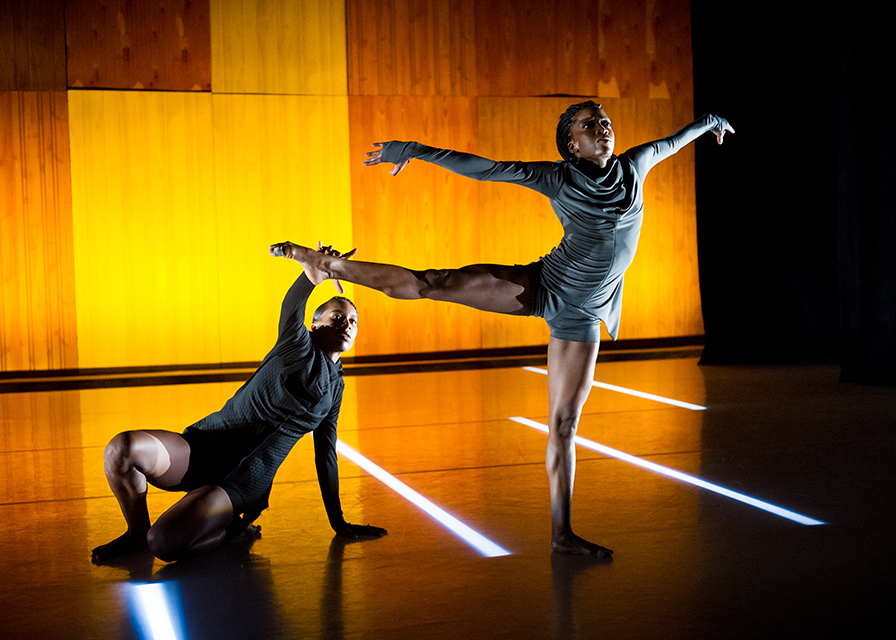 Kyle Abrahams The Watershed takes a critical eye to issues of race, sexuality, and gender onstage.

A white man slowly slices a watermelon. Liquid fills the cut and overflows, dripping down the round surface of the fruit before it is split open, revealing the raw center. The butcher's knife withdraws and then violently hacks at one half with loud strikes, leaving the other resting, red and hewn and gaping at us. Two women sit still and emotionless, watching. In the foreground, a duo of black men contort and contract about each other, at times in their closeness appearing to be lovers, at others breaking and tearing each other to the floor.

This is just a taste of the portrayal of race and racism found in the "The Watershed," an evening-length work for nine dancers choreographed by Kyle Abraham in collaboration with Abraham.In.Motion. Described as an exploration of cross-cultural fights for freedom from the Civil War to the present day, the piece explores much more than race, however, conveying struggles of gender identity, homosexuality, brutality, and voice in two acts.

Set before a background of wooden boards, the varying shades of wood heighten awareness of the performers' skin tones and find skillful complement in their costumes. For the first act, dancers are dressed in neutral tones, playing off their skin either in high contrast or near match. What the fabric hides is almost as important as what it uncovers—a woman's erratic fit upon the ground would not seem so vulnerable without her white dress riding up to reveal her dark, bare legs writhing frantically beneath.

Video projected on the background is at moments trivially disturbing—a host of mimes in black face—and at others highly engrossing, such as when two lovers undress and footage of a homeless woman being beaten by a cop plays on a loop, filling the entire space. Additionally, the music shepherds us through the changing dynamics of the piece. From the opening soulful grooves of Otis Redding, the sound transforms through periods of ragged, straining strings to industrial noise to the terrifying snarling of dogs in the dark.

The dancers possess their roles with absolute confidence, allowing us to see different moments of their experiences. Straight lines and hard angles give way to fluid turns and falls. Dancers play off each other's weight in seemingly impossible balances—at one point two foreheads press together to keep the dancers from crashing to the ground, the physical differences in size and stature making for a surprising series of catches, falls, and caresses.

An exploration in freedoms that seems at times historical, but never dated, "The Watershed" gives ample opportunity to reflect upon where different communities have been and where they are, what has changed, what remains the same, and what fights are still to come.

Abraham.In.Motion presents four works–one evening-length, two ensemble, and one trio–over two programs titled "The Watershed" and "When the Wolves Came In" at New York Live Arts from Sept. 23-27 and Sept. 30-Oct. 4. Tickets are $15 for select seats.