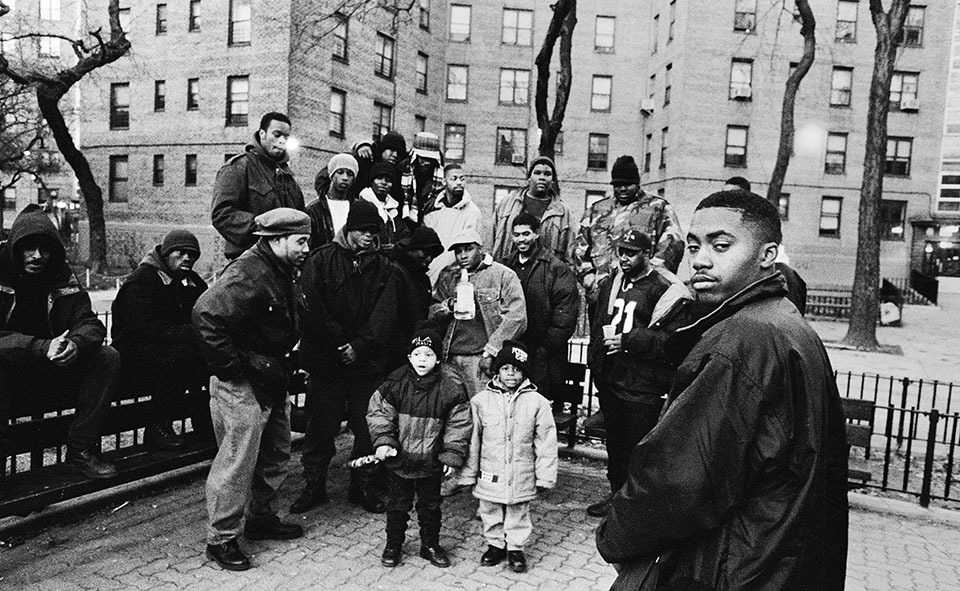 The new film Nas: Time is Illmatic takes a look at the inspiration behind rapper Nas 1994 album Illmatic and its cultural significance.

If the filmmakers behind the new film "Nas: Time is Illmatic" were compiling a list of seminal American works, the Nasir "Nas" Jones' 1994 album "Illmatic" would be on it.

The documentary, which is directed by One9 and premiered at the Tribeca Film Festival and opened in New York on Oct. 1, chronicles the making of the rapper's album. The film looks at Nas' greatest influences—his family his neighborhood of Queensbridge, NY—and how his work became an epic that tells the story of a generation.

In telling the story of his whole community, Nas expanded the boundaries of what hip-hop was and what it could do in a social context.

"This album in many ways validated the existence of these people growing up under those conditions," the film's writer Erik Parker, Journalism '10 said. "Its poetry spoke to and for a generation in a way that no work had done before."

In the film, One9 and Parker strove to capture something larger than just music production, as "Illmatic" captured more than just Nas' musical talent.

The film will be accompanied by an educational and community engagement initiative in New York and other U.S. cities. It is being used as a tool to change the system that Nas, a 9th grade dropout, and so many others in Queensbridge struggled against.

“I told my story and these guys tell the story, and that's cool as fuck.”

Recently, Harvard honored Nas with the creation of the Nasir Jones Hiphop Fellowship and featured him in the Harvard edX Internet course on American Poetry.

As the film focuses on those who inspired Nas to create "Illmatic," the filmmakers focused on how "Illmatic" inspired them.

"I knew this [Illmatic] was groundbreaking, and when I first heard that, I knew that this was a moment that would shift after this," One9 said. "What we're hoping to do, moving forward, is that our film will hopefully open up a new shift for our generation to tell our stories, to create their 'Illmatic,' their 'Time is Illmatic,' in the same way the album affected us."

The concept of telling a story and looking to the past to inspire change in the future is as central to the film as it is to "Illmatic." At the press conference, Nas expressed confidence in Parker and One9's narrative abilities.

"I told my story and these guys tell the story, and that's cool as fuck," he said.

Correction: An earlier version of this article incorrectly identified Erik Parker, Journalism '10, as Eric Parker, and did not identify him as an alumnus. Spectator regrets the errors.