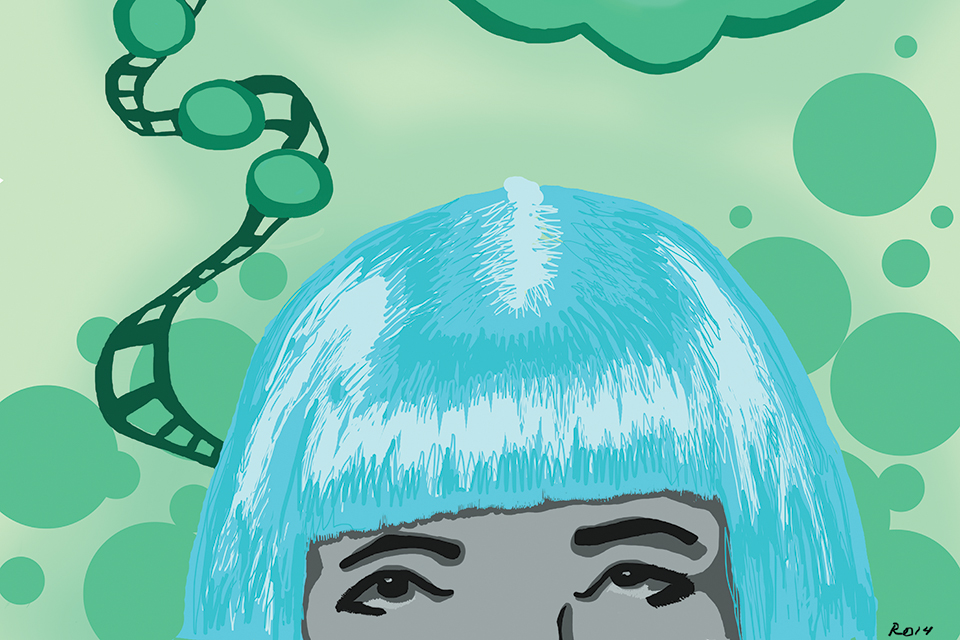 From "Leave it to Beaver" to "The Brady Bunch," television has always tried to present viewers with relatable content. However, every new decade brings a shift in social mores, and as society deviates from all-American, apple-pie family values, mainstream TV has been slow to catch on.

The New York Television Festival, which runs from Oct. 20 to 25, is screening pilots that feature the realities of what it means to be alive in the 21st century. Founded in 2005, the NYTVF's mission is to provide makers of independent television shows with an avenue into the industry, potentially leading to deals with larger networks that will allow these pilots to reach wider audiences. Though the festival celebrates its 10th anniversary this year, this goal remains largely unchanged.

"When we first launched, it was very much in a film festival model, where instead of looking for short films, we were asking independent creators to make pilots," festival co-director Erin Day said. "In the first year, it was very much an experimental idea. We didn't know if the television decision-makers would be open to considering content and creators that were coming from an independent pipeline as opposed to your more traditional means of getting in front of decision-makers, like through an agent or manager."

“It's about identifying talent and finding people who might not otherwise be discovered in the traditional system and giving them a platform.”

The NYTVF received 11,500 submissions this year, 800 of which were selected to screen at the festival. Pilots were chosen through events such as the Independent Pilot Competition, the Just for Laughs TV Comedy Search, the A&E Unscripted Pipeline, and the History Unscripted Pipeline. The Independent Pilot Competition is further split into subcategories, like "Best Unscripted Pilot" or "Best Drama," and finalists and semi-finalists are chosen from each category by the NYTVF screening team. Once pilots are selected as part of the festival, the network teams decide what sort of deals they plan on making. Events like the Lifetime Unscripted Pipeline select finalists from a smaller collection of pilots that are more network-specific.

Network representatives from A&E to History, Comedy Central, and the British Channel 4 will attend the festival, allowing creators to submit content across genres.

Though not every pilot walks away with a guaranteed network deal, that doesn't mean directors who don't sign contracts leave empty-handed. Panels and events throughout the festival, like the Industry Cocktail Party, give creators a chance to network with executives and build contacts.

"The number of successes in terms of what has come out of the festival is whether it's [the pilot] made it to air or gotten picked up for digital distribution, or if the creator has gone on to a further career," Day said. "It's not a one-to-one ratio of something coming through the festival and ending up on television. It's about identifying talent and finding people who might not otherwise be discovered in the traditional system and giving them a platform."

While the idea of independent television isn't as well-known as independent film, television lends itself to a wider audience, making it an effective platform for creators to bring topics previously seen as taboo into the public eye.

"Annie Undocumented," a web series about an American teen who discovers she's an undocumented immigrant, is one show that seeks to do just that.

“The face of undocumented immigration we see in the media is so different from the reality of it,”

"I didn't go through exactly what Annie went through, but I also grew up as an undocumented teenager here," head writer Elaine Low said. "It's tough enough being a regular teenager, let alone being a teenager who has this identity issue that goes beyond 'Who am I?' and 'What kind of music do I like?'"

"The face of undocumented immigration we see in the media is so different from the reality of it," Low said. "It [the series] shows these all-American kids who can 'pass,' so to speak, as people who are residents here, because they've grown up all their lives here. The crazy thing is you never know who else has been in that situation."

The subjects covered aren't the only innovative aspects of the NYTVF. Because many of the projects have yet to receive financial backing, camera work and set design are less elaborate than traditional studio shows.

"The show is mainly told through people talking to each other on webcam, because it takes place in a world where that's how the characters are communicating," Daniel Hsia, director of "Annie Undocumented," said. This creative decision was influenced partially by budget, but is also reflective of how people currently communicate in our increasingly technologically savvy world.

Similarly, director Guy Shalem filmed his pilot, "Recorded Lives," in four days entirely on iPhone cameras, illustrating how the growing use of smartphones and the myriad of social media apps that accompany them have become increasingly central components of daily life.

"This is the Instagram age. Millennials use Facebook and cellphones to communicate, so there must be a way to explore this medium," Shalem said. Though it's a drama, "Recorded Lives" is structured like reality television and explores how overuse of social media has led to less privacy as we spend more time living passively behind screens. Though the idea of exposing the personal lives of the wealthy has been seen on television since 2006's "Real Housewives," using TV to address topics like infidelity, drug use, and interfamilial conflicts attests to how transparent society has become.

One thing many people haven't become more open about sharing, however, is mental health. Another pilot, simply titled "Man vs. Feelings," tackles the theme of mental illness. Writer and co-director Ethan Berlin spoke candidly about his depression, as segments of his show involve interviewing New York pedestrians about their own experiences with anger and sadness.

"I've tried on a number of occasions to develop shows about mental health or depression, and the problem is, when I've tried scripted shows, they start off well but then make me super depressed while writing them, so I stop writing because I'm depressed," Berlin said. "This seemed like a way where it wasn't me sitting alone, writing about mental health, but me actually out in the world engaging with people, which is one of the things I've learned in therapy to do more. The more I engage with people, the happier I become, so this was a way to talk about these issues."

Also featured at the festival is pilot "The Brothel," which tackles sex work, another topic usually reserved for hushed conversations.

"Prostitution is this thing that affects a lot of women, and nobody ever talks about it, so we thought it would be interesting to talk about what prostitution means to women," the pilot's co-writer Kristy Lopez-Bernal said. By setting the show in a future where prostitution is legalized, the writers of "The Brothel" seek to demystify prostitution as a business.

Eleanor Bray, BC '14, interned with the NYTVF this past summer and is currently helping to plan the upcoming festival. For Bray, getting to watch and log many of these submissions was one of the most interesting parts of her job.

"Most of us who worked there are interested in working in TV, so it's helpful to see the type of stuff that's being made independently, and the kind of stuff that can be made without the backing of a huge network or a lot of money," she said. "You don't have to have millions of dollars, you don't have to have the connections, you just do the best work you can do, and the NYTVF will take it from there."

Some pilots aren't as successful as others, with storylines that involve the well-worn territory of soul-searching through going on strings of bad dates, or young people struggling to "make it big" in New York City. This particular type of storytelling has found itself a cult following in the nice demographic it portrays, and what it lacks in diversity is exemplified by the narrowness of the subjects it broaches.

While some of this year's chosen pilots feel like reboots of the already-stale model that "Girls" employs, the majority prove that art can imitate the parts of life that we sometimes have a tendency to sweep under the rug. Sex work, depression, immigration, and family feuds aren't topics limited to twentysomethings with lofts and a penchant for fair-trade coconut water, and discussing these ideas through a medium as widely accessible as television helps to normalize them. By giving these producers the opportunity to share their work, the NYTVF allows us to embrace being open about the darkest parts of ourselves.

Screenings for NYTVF run from Oct. 20 to 25, and tickets can be reserved online for a $4.50 processing fee, or obtained at no cost at the venue the day of.