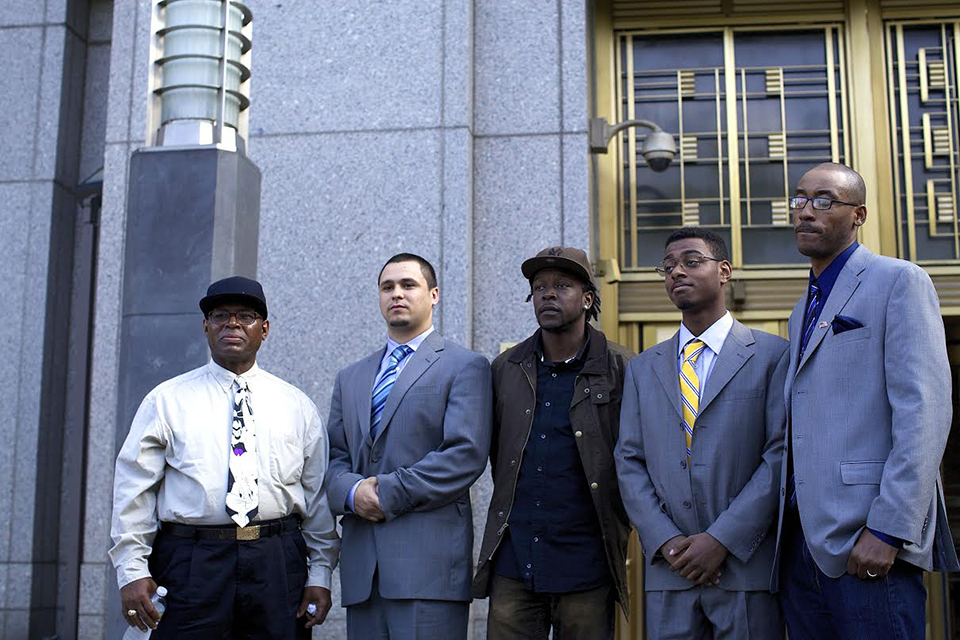 Subjects from Stephen Wolffs documentary "STOP," which is part of the DOC NYC film festival.

A number of Columbia alumni draw attention to the plights of the city in this year's DOC NYC film festival, the nation's largest documentary exhibition.

DOC NYC runs Nov. 13 to 20 at the IFC Center, the SVA Theatre, and the Bow Tie Chelsea Cinemas. It exhibits more than 130 documentary features, as well as shorts on topics of local and global scope. Natasha Verma, Journalism '13, director of the documentary "Hardy," and Spencer Wolff, Law '10, director of "STOP," are among several University graduates with their work featured in the festival.

Verma's "Hardy" follows professional boxer Heather "The Heat" Hardy as she lives paycheck to paycheck. Hardy fights in and out of the ring to make a better life for her daughter by climbing to the top of a profession that is trying to beat her down.

Verma attributes much of her success to her time at the Journalism School. Last year, she became the youngest graduate of the J-School at the age of 19.

"The Journalism School was phenomenal to me. They provided me with equipment and mentorship. So many professors, like Betsy West, really guided me," Verma said.

For Wolff, his time at the Law School helped make him more aware of the social injustice that plagues the city in which he grew up. His film "STOP" examines police violence in New York by focusing on the city's Bloomberg-era stop-question-and-frisk policy, which gives police officers the right to stop and pat down anyone on the street who they feel poses a threat to the surrounding neighborhood or people.

"STOP" follows David Ourlicht, one of four plaintiffs in a class-action suit against the City of New York, and his charismatic, mixed-race family. The film's narrative spans three years as Ourlicht fights in court and deals with profiling, police abuse, and discrimination.

"I wanted to make a film about a big issue of civil rights and about New York," Wolff said. "It became a spectacle, and we really started to realize how widespread an issue this was. This 'businessman's' approach to policing is a failing of imagination and a failing of civil rights. I remember the old New York. I was mugged 11 times. I'm glad for a safer city, but I'm not sure this type of policing does anything."

The festival brings together topics as wide-ranging as gender equality and stop-and-frisk and initiates a conversation not only about the subjects, but also about what film can do to inspire change.

"DOC NYC is a platform, and it legitimizes the film and this very relevant topic. It goes much deeper than what is in the news. I want to wake people up," Wolff said. "They have a lot of stories about social change, so I'm down with that."

By giving the documentary center stage, DOC NYC allows the medium space and an audience to voice its story, message, and concerns. For Wolff, working on his film has given him a new perspective on activism.

"Documentary film is a medium for social advocacy and truth-seeking," Wolff said. "The law makes claims, but film embodies truth."