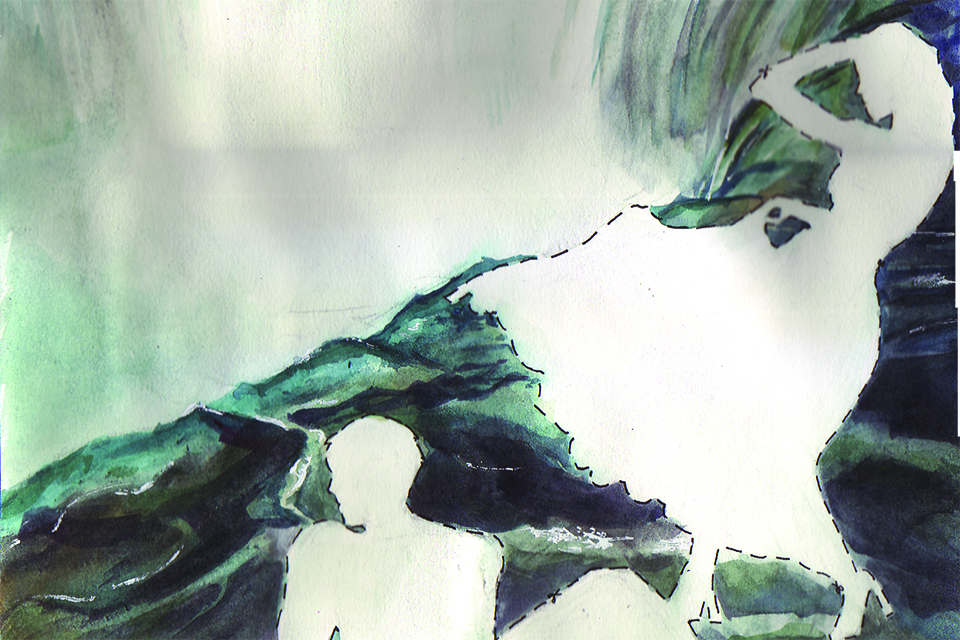 With her portraits of pregnant woman, Annie Leibovitz has explored the idea of natural fullness more than once. But she abandons this motif in her new photo exhibition at the New-York Historical Society. Marking a seismic shift in both content and style, "Pilgrimage" is a journey into emptiness and hollow spaces.

"Annie Leibovitz: Pilgrimage" begins its three-month exhibition at the New-York Historical Society on Nov. 21. Originally organized for the Smithsonian American Art Museum in 2012, the photo series reveals a period of artistry devoid of premeditated portraiture.

"When we had the opportunity to show work that wasn't portraiture, we leapt at the chance because we thought it was interesting to see the work that wasn't what she was best known for," Joann Moser, deputy chief curator at the Smithsonian American Art Museum, said.

"Pilgrimage" was developed during a time of instability for Leibovitz. The first photos of the collection were taken in 2009, the same year Leibovitz was sued by lenders for failing to pay a $24 million debt.

In the years that followed, one of America's most recognizable photographers found a stylistic renaissance. The plummeting waters of Niagara Falls, Emily Dickinson's dress, and the long-empty room of Virginia Woolf show a departure from the celebrity portraits with which Leibovitz is often associated. In fact, the series is completely devoid of human presence.

"It's an interesting project in terms of photography, which is usually dealing with the here and now that's before the camera," Andy Grundberg, former New York Times photography critic and a professor at Corcoran School of the Arts and Design at George Washington University, said. "But the body of work and the exhibition is basically a meditation on people's lives when they're not here anymore."

Though blunt in context of her career, this rebirth in approach and subject matter is perhaps a tactic for imbuing a newness to her photos. Transformation has been a key element of Leibovitz's methodology.

"She is always wanting to know or pushing that boundary more," David Adamson, the printmaker for the exhibition, said. "Can we do better? Can we get it sharper? Can we get more saturation? Can we get deeper blacks, richer colors?"

"So we are always pushing those things and experimenting. ... So there is this constant dialogue of working the image with her backwards and forwards. It's very exciting to see the genesis and to see the first proof that we started and then the end result," Adamson said.

The images in "Pilgrimage" were taken far beyond the structure and confines of Leibovitz's commissioned work. Rather than a meticulous evolution in post-production, she changed the way she captures photos. Elaborate lighting and expensive equipment were replaced with natural light or sometimes a point-and-shoot camera.

"This is really quite different than what we think of her doing," Moser said. "It was a very personal project, and she pursued it without really knowing how it would turn out. So it takes a great deal of courage to do something like that."

"It was the first project she did with digital photography. So in that sense, it was experimental for her. She had this long and successful career and suddenly she is trying some new things, in terms of subject matter, in terms of technique," Moser added.

In the ghostliness of the collection, the degree to which Leibovitz has actually left portraiture behind is called into question. There is a specificity to the locations and still lifes that are captured.

The remnants of Leibovitz's familiar techniques do not distract from the obvious movement away from magazine covers into new artistic territory. Leaping from a niche that provides not only ensured exposure but also ensured finances was a bold move, especially in a period of economic instability.

"I think that artists feel constrained by their own reputations," Grundberg said. "I know that Annie for years has felt that she's not just a celebrity portrait photographer, that she was nostalgic about her early days as a black-and-white photographer for Rolling Stone and the kind of freedom and possibility that she had before she had become known for doing one thing."

"I think that's kind of natural. ... I also think artists as a body don't like to be pigeonholed or held to a rigid sense of territory. They are always looking for ways to expand who people think they are or what they think they should be doing," Grundberg added.

Adamson notes the cult of personality that often captivates audiences in celebrity portraiture like those Leibovitz has shot for Rolling Stone, Vanity Fair, and other publications, including names like John Lennon, Yoko Ono, and Miley Cyrus. The familiarity of celebrity comforts the viewer with recognizable faces, making such portraits easy to engage with. When presented with works void of pop culture and zeitgeist, viewers must try harder to connect with the pieces.

In "Pilgrimage," Leibovitz provides the viewer with a foothold to do so.

"The people represented by the interiors or exteriors or still art in this series are historical figures that are meaningful to her," Moser said. "Even her choice of who to include and who not to include says something about her worldview and what she thinks is important."

"It really broadens our knowledge of her because we have these personal thoughts in a way that we don't necessarily have with the celebrity photography, because she is commissioned to do these people."

While the peripheral subjects of these photos are not unfamiliar, the emotional proximity they have to the artist brings a new layer of depth to this series.

"I think 'Pilgrimage' definitely reflects a very personal side where she was more intimately involved with the subjects, because it wasn't an assignment, it was her choices and her journey," Adamson said.

By the time of the series's release, Leibovitz's reputation as a skilled photographer was already solidified. This public persona stands aside in "Pilgrimage," where she pays homage to those who came before her.

"She speaks quite eloquently about wanting to photograph Yosemite and just doing that in the shadow of Ansel Adams," Grundberg said, referring to the photographer who gained prominence with his black-and-white landscape portraits.

"That's why there are two pictures of Yosemite instead of one. She thought, well she can't pretend that her photo measures up in a singular way to Ansel Adams' accomplishments, so she took more, in different weather conditions, so she could signal that she wasn't presenting just one as being the ultimate hallmark of Yosemite," Grundberg said.

Whether or not this exhibition represents a more authentic side to Leibovitz's work is unclear. For Moser, it is not meant to achieve a specific end.

"You try to figure out what an artist is doing, and how well they are doing it, and how it moves you, and how it stimulates you," Moser said. "Each artist is different and each artist is trying for something—I wouldn't say unique necessarily, although usually it is, and you are judging how well they achieve what they are trying to do and whether that work of art has meaning for you and for other people."

For Adamson and Grundberg, true artistry is achieved when one can produce a work of significance.

"I think real art is that gift to show us something that we've never seen in that way before and that we also very moved by it in that, 'Wow, I wish I could have done that, I wish I could have seen it like that.' It's when something is being presented to you in such a way that it sort of becomes a beautiful experience," Adamson said.

But the new direction Leibovitz has taken belies more than just stylistic ingenuity.

"It's about some combination of emotional honesty and conceptual coherence that's come together to make you recognize something new about yourself when you see it," Grundberg said.