Crafted's prices, offerings a welcome addition to Upper West Side

Crafted's prices, offerings a welcome addition to Upper West Side 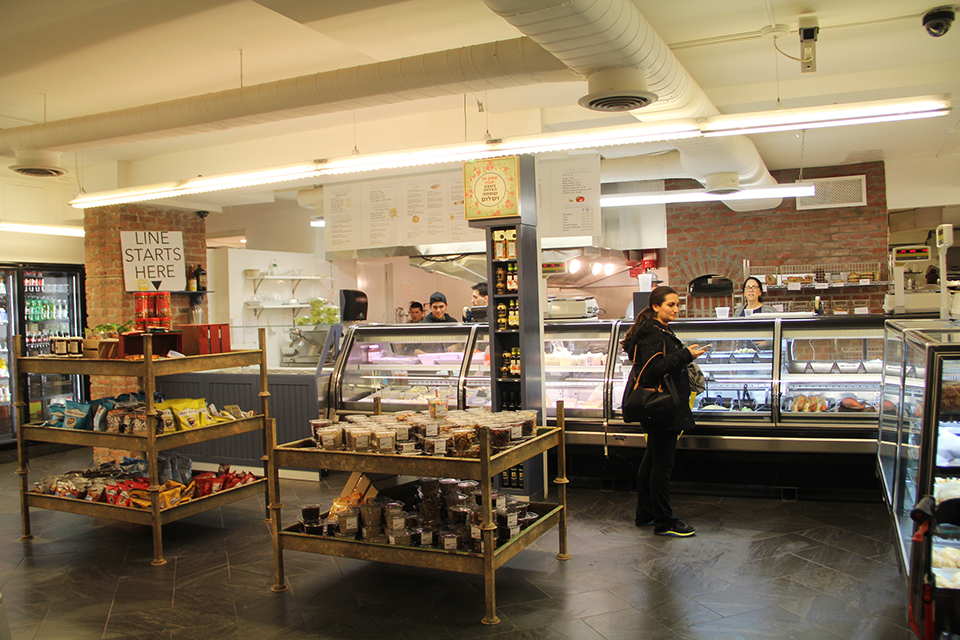 Upon opening Crafted's unassuming black-and-white doors, I was bombarded by the squeals, cries, and giggles of young children, as well as the occasional English and Hebrew scoldings from their parents. The decor is minimalist, with a long wooden-topped communal table and a countertop with metal chairs providing the only seating. Although the deli occupies a decent-sized space, it felt crowded and cramped inside. The ample space in the middle of the café was taken up by two large bins filled with sunflower seeds, nonpareil chocolates, and other pantry items that perhaps had not been touched since the deli's opening.

The disorder of the deli was further exacerbated by the fact that were was no clear procedure for ordering food. As there was no menu in sight, my friend and I were clueless as to the food available until another customer in the disorderly line, noticing our confusion, handed us a paper menu tucked behind the seafood scale.

We decided to split a $3.50 whole-wheat everything bagel with scallion cream cheese, a $5 double stack of pancakes, and a blintz.

We also ordered two drinks, a $3.25 hot chocolate and a $2.25 chamomile citrus tea. Though these drinks seemed pricey in comparison to the food, both drinks were relative successes. The hot chocolate was richly flavored with a slight bitterness balancing the sugar of the chocolate syrup, and my friend's tea was refreshing and invigorating, if a little too hot for immediate consumption.

The bagel had a crunchy exterior and an earthy, bready center. The portion of scallion cream cheese was generous, and the spread itself was creamy with a slight kick. The blintz, which only set us back $2.25, had gotten lukewarm by the time we began eating, but the cheese was lightly sweet and the crepe was neither chewy nor soggy.

I found the double stack of pancakes almost unbearably sugary with the addition of syrup. However, the combination of hot chocolate and pancakes may have been the reason I found it overpowering, as the tea apparently complemented the breakfast quite nicely.

We left Crafted well fed and with money to spare. Our entire food order for two cost just over $11, an extremely reasonable price compared to most diners in the area. However, I may wait a month or two before making the journey again, as it is clear that Crafted needs to work out some of the kinks in its ordering process and its use of space.

Though bagels, pancakes, and perhaps even blintzes can be sourced at different eateries closer to Columbia, Crafted's versatility and its low prices make a stroll down to 93rd Street worthwhile.

Crafted is located at 676 Amsterdam Ave. at 93rd Street.