A Novel Approach: The lost art of poetry

A Novel Approach: The lost art of poetry 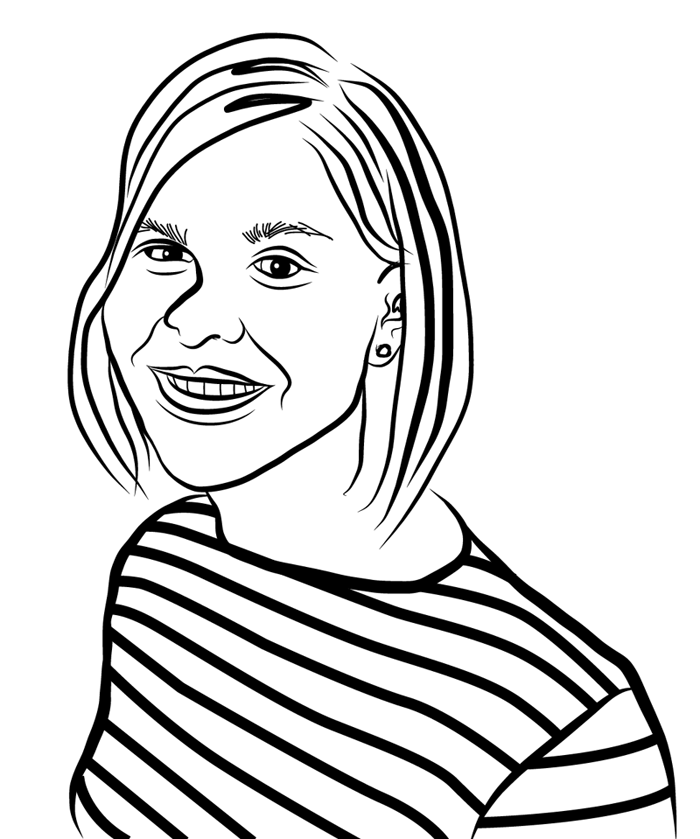 Last summer, I stood on the 116th Street subway platform, sweating through my t-shirt, hoping that there was room for me in the first car. The train rattled into the station and—luck of luck—there was exactly one seat left for me. Admittedly, a man was sitting on half of it (see: man-spreading), but between the heat and the fact that I was running late to an appointment off the Franklin Street stop, I managed (see: coerced) to find room. All elbows in the tiny space, I worked to extricate my book from my purse: "Autobiography of Red" by Anne Carson. Affectionately called a novel-in-verse, it's stunning in both language and technique. Trying to ignore the overtly invasive man next to me, I held the book an inch or two from my face but I could still see him clearly looking over my shoulder.

Finally, as we pulled out of the station, he grinned and said loudly, "Poetry! No one reads poetry anymore!"

Beyond the obviously uncomfortable fact of a stranger pointedly looking over my shoulder to see what I'm reading, it never ceases to amaze me that someone can definitively state that no one in fact does something when they have contrary evidence in front of them. I paused a beat and weakly mumbled, "Um, I guess some do."

He asked me if it was good and after I affirmed, he mercifully got off at the next stop. Breathing with the freedom of a full seat all to myself, I continued to read, but even after I reached Franklin Street I wondered about this brief interaction and the role of poetry in our lives today. Perhaps I'm unusual. My great-grandmother and grandfather were published poets, and throughout high school I participated in writing workshops and read poetry independently. It's something that has always been in my life yet plays a minor role for many others, if at all.

But those who think poetry is useless should think again. Its reputation of being deliberately obscure, the plight of the common man and woman, the bane of high school students for whom poetry is defined as something that rhymes and occasionally forms the shape of an apple on the page, is completely and utterly wrong.

Okay, yes, some poems rhyme, and some (I'm looking at you, T.S. Eliot) are deliberately full of allusions and phrases that necessitate endless appendices. But poetry is more than sonnets and sestinas. Think only of spoken word (also known as slam) poetry, where the poem is meant to be heard rather than read and relies on the total commitment of the listener to the speaker. It's not about following a metaphor through 70 lines of verse but about feeling and understanding the words and inflections of the poet. It's about total engagement.

It's not about being hard to understand. The poet doesn't sit in his or her corner, giggling about how clever this new poem is and how a reader will never get it. What's the point in that? A poet writes to be understood, not to willfully confuse. The caricature of this demonic poet misses the point. Poetry helps to share, not withhold.

Today, it's even easier to share poetry than ever. Living in New York, readings are not difficult to find, with standbys like the Nuyorican Poets Café, the Bowery Poetry Club, and Poets House hosting frequent readings every month. However, even for those who don't live in New York, the Internet is just as good. A plethora of online journals, such as PANK and Word Riot, make it easier than ever to find beautiful, ugly, explosive, quiet, and breath-taking contemporary poetry that will make you forget about any battle scars you may have incurred while fighting your way through a Donne sonnet.

I wish I could have told all of this to the man on the subway who seemed to think his rightful patrimony included half of my seat and his definitive thoughts on poetry's obscurity. But then again, I would have lost time to read.

Emily Burns is a Columbia College sophomore majoring in English with concentrations in French and art history. A Novel Approach runs monthly.