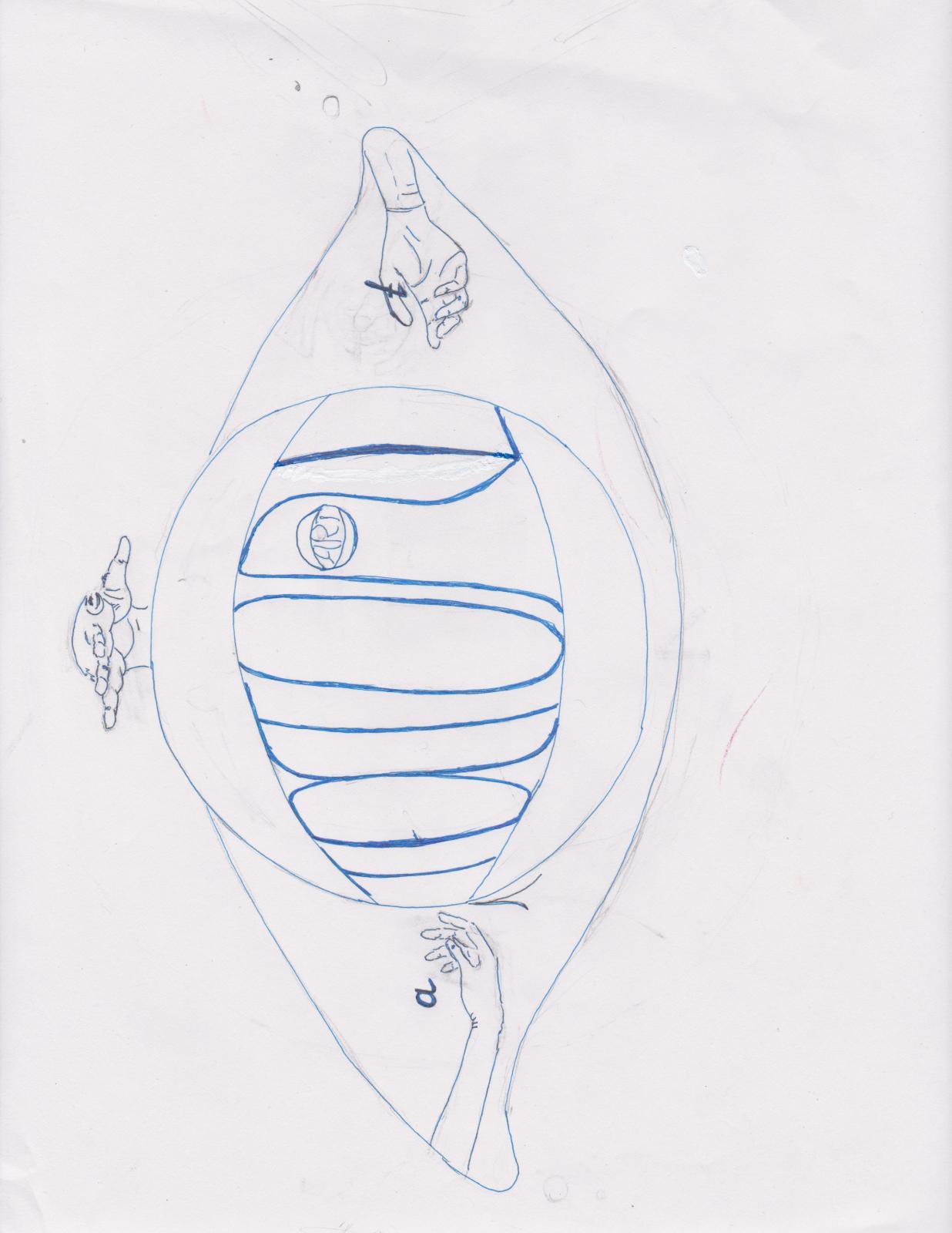 While some die-hard purists may claim that "real" art is limited to lifelike oil paintings of fruit bowls or stately renderings of royal families, text-based artworks have grown increasingly popular over the years. Instead of waiting for the viewer to infer a message from the images, the artist can make their message clear. These artists investigate how text and words can effectively interact without overwhelming each other.

Lesley Dill, 'A Word Made Flesh…Throat'
Borrowing a line from an Emily Dickinson poem, this piece by feminist artist Lesley Dill is a photolithograph and etching on tea-stained mulberry paper, handsewn to woven paper. The photo transposed onto the paper is a close-up of a woman's neck while she is looking upward, with the words "I am afraid to own a body—I am afraid to own a soul" written on her neck. Much of Dill's work deals with the concept of emotional fragility and how women relate to their bodies. The stains and creases on the paper convey an added sense of vulnerability and are meant to represent the beauty and imperfection of the human body. The embroidery and handmade paper give this piece a softer edge that is effectively juxtaposed by the weighty text.

Tracey Emin & Louise Bourgeois, 'I lost you'
As part of a larger collaborative series called "Do Not Abandon Me," "I lost you" is an especially striking piece. The series involves outlines of nude men and pregnant women made by Bourgeois with small figures and text added by Emin, exploring ideas of motherhood, sex, and the loss of children. Emin's abortion at a young age is a recurring theme in many of her works and appears to play a role in "I lost you." The piece is an outline of a pregnant woman with a distended belly filled with blue dye of varying opacity, with a small figure outlined toward the bottom of her stomach. Emin's text, "I LOST YOU," is prominently displayed at the bottom. The simplicity and candor of this piece compels viewers to connect with the artists' message.

Lorna Simpson, 'Waterbearer'
"Waterbearer" is a black-and-white silver gelatin print with vinyl lettering that portrays a black woman in a white shift with her back to the viewer, letting water pour from a jug in each hand. The accompanying text reads, "SHE SAW HIM DISAPPEAR BY THE RIVER, THEY ASKED HER TO TELL WHAT HAPPENED, ONLY TO DISCOUNT HER MEMORY." Simpson's work deals largely with the intersection of racism and sexism and the anxiety of existing in predominantly white spaces. In this piece, the subject's face is unseen, reflecting the way Simpson believes black people are unseen in the art world, both as subjects and as creators. The water jugs seem to allude to servitude, and the text directly addresses how people often question the accuracy of what black women say.

Adrian Piper, 'Calling Cards'
A conceptual artist, Adrian Piper uses art as a means to explore ideas of otherness and ostracism, especially in conjunction with racism. Her "Calling Cards" series involves offset lithographs on white business cards that detail her struggles as a mixed-race woman. "My Calling (Card) #1" begins: "Dear Friend, I am black. I am sure you did not realize this when you made/laughed at/agreed with that racist remark." The second installment reads, "Dear Friend, I am not here to pick anyone up, or to be picked up. I am here alone because I want to be here. Alone." While these works are not visually elaborate, they convey an urgent message that compels viewers to confront their own prejudices, especially since Piper physically handed them out to people who made disparaging remarks to her.