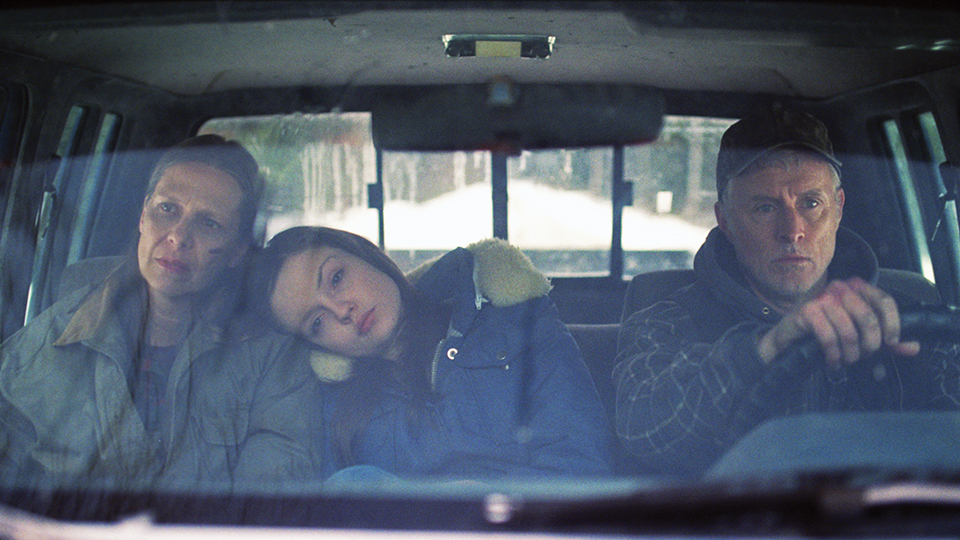 The film chronicles two families stories as they struggle to deal with the aftermath of one mothers mistake.

If you're looking for a dramatic and smooth indie film, then Lance Edmands' directorial debut, "Bluebird," will quench your thirst. Edmands, a Maine native, uses his knowledge of the land and personal experiences to create a film that juxtaposes the beautiful but dark Maine landscape against the lives of the characters that he has created.

"Bluebird" captures the audience with its stoic disposition, forcing viewers to pay close attention to the space between the words. While the 90-minute film does not offer much dialogue, the tight framing emphasizes the conflict of each character and leaves the audience with hope as the end credits roll. The film follows two separate families who are acquainted by an unfortunate fate when Lesley (Amy Morton) is performing her job as a bus driver. Distracted by a bird, she fails to notice a boy who, while sleeping in the back seat, fails to get off the bus. He is not discovered until morning, at which point he is rushed to the hospital with severe hypothermia.

The immense consequences leave both the family and community in a state of shock. The father, Richard (John Slattery), wife, Lesley, and daughter, Paula (Emily Meade), all suffer in their own ways, and realize that they need one another to salvage the remains of their lives.

While Edmands may be new to filmmaking, he sought after veteran actors such as John Slattery ("Mad Men"), Amy Morton ("Up in the Air"), and Margo Martindale ("August: Osage County")—while also employing new and in-demand talent such as Adam Driver ("Girls"), Louisa Krause ("Martha Marcy May Marlene"), and Emily Meade ("Twelve").

Morton provides a noteworthy performance. The two-time Tony-nominated actress delivers a staunch, closed-off persona as her character struggles with the fallout from a dire mistake. Slattery's performance is also nothing to sneeze at, though it is overshadowed by both Morton's performance and his success on AMC's "Mad Men." His character's struggles with unstable job security and his role as a husband, father, and breadwinner create a personal conflict that he must come to terms with in order to keep his family together.

Meade's character hits all the notes one would expect from a teenage daughter—discontentment, alienation from her parents' strained marriage, and a newly born love life. The complexity arises as she witnesses the internal conflict that consumes her mother. As Paula, Meade provides solace while also chiding her father's constant late night disappearances.

Marla (Krause), a drug addict and alcoholic, is an archetypal mother who bore a child out of wedlock due to the urging of her religious mother, Crystal (Martindale), who also has a history of poor teenage decisions. Martindale continues to awe audiences with her dominance as a mother figure—her character in "Bluebird" offers a distinct contrast to that of her character in Clint Eastwood's "Million Dollar Baby."

Edmands' debut is a triumph, effectively capturing the nuances of human interaction. Despite its small budget, "Bluebird" creates a three-dimensional story that is realistic in its exploration of tenuous family relationships.

"Bluebird" is currently screening in theaters.