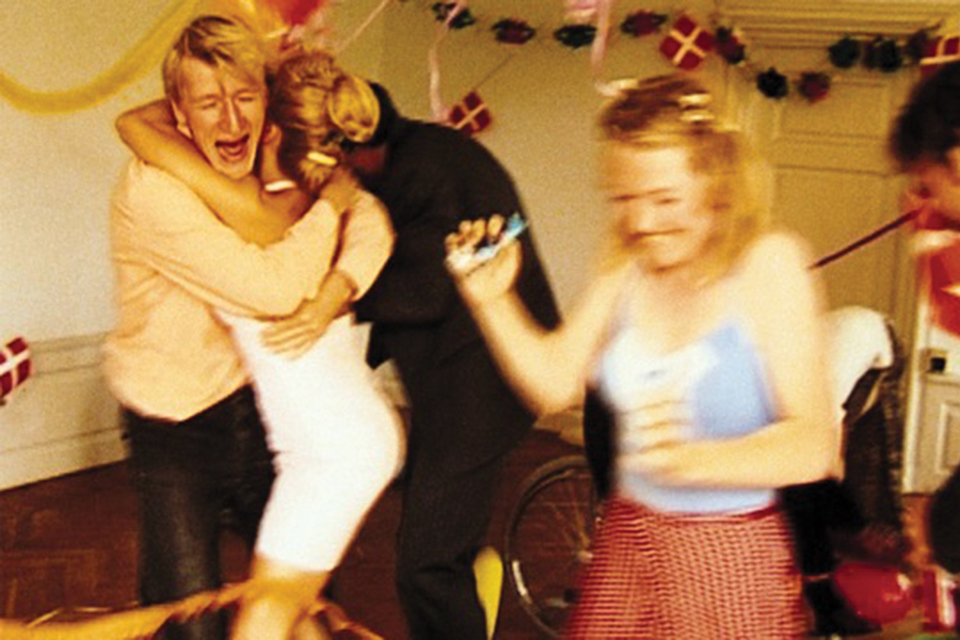 Courtesy of the Museum of Arts and Design

The films are unconventional in both content and form.

It began with Danish directors Lars von Trier's and Thomas Vinterberg's dedication to eschew special effects in film and return to traditional methods of storytelling. Since its inception in 1995, Dogme 95 has grown into a significant avant-garde filmmaking movement. On March 13, the movement was installed in New York City at the Museum of Arts and Design, where a series of its movies can now be viewed.

Dogme's manifesto of simplicity is called the "Vow of Chastity," and begins with 10 rules that reject anything superficial in action, lighting, location, and music.

"When von Trier got together to make the manifesto, the 10 rules, the 'Vow of Chastity' was set up because they were really responding to Hollywood and large-budget films," Jake Yuzna, director of public programs at the Museum of Arts and Design, said.

Vinterberg and von Trier felt that the trend of imitating elaborate Hollywood films detracted from the real locus of the film—the story itself.

"There was this so-called Hollywoodization of low-budget films that were happening, and this generation of French filmmakers and people in school who wanted to make big blockbuster- genre movies," Yuzna said. "What von Trier and people are pushing against were: You can make a film with any video camera, not giant budgets, you don't need a genre like science fiction or horror or action. Just the very basics, which are some actors and a camera in the room together."

Despite its minimalism, Dogme 95's filmmaking tactics were not reductive. The movement is still relevant due to the contemporary pervasiveness of its inventive approaches.

"There are so many breakthroughs in filmmaking that Dogme led to that became so ubiquitous that we don't even realize now," Yuzna said. "Like the idea of having a jump-cut time where you see a character and without a kind of cut jumps to another moment—now we just see it all the time, but we don't even think twice."

"And it's kind of a credit to the movement that its breakthroughs have become so commonplace that too often people don't realize where that came from," he added.

Radically reinventing cinematic conventions was always the main goal of the movement, shown in its decision to do away with aspects like genre.

"You don't even have to make genres, you don't have to do any of that, kind of push away all of that stuff and focus on the core of the stories and characters and drama, really," Yuzna said. "They were known for being troublemakers, too. They were often referred to as the 'bad boys' of Danish cinema, as if there were so many to choose from, and they were definitely trying to be provocative when they did."

Some of the films have netted prizes at big-name festivals such as Cannes and Berlinale, which speaks to the movement's burgeoning internationalism.

"It was most active with the Danish filmmaker, but spread out. We saw American filmmakers making it, Spanish, some from Argentina, French—it hit pretty much every continent that was producing cinema at the time," Yuzna said.

Despite the movement's far reach, some of the other, non-award-winning films have largely been ignored by the international film circuit. One of "The Director Must Not Be Credited" festival's main draws is that the relatively obscure avant-garde films on display are gaining a wider audience.

"Except for few directors whose names were already well-established in the film festival circuit in Cannes or Berlin—those films got attention—a lot of the other films that were recognized as Dogme films fell into obscurity, so they only were only in their country of origin," Yuzna said.

The MAD's tour has the potential to realize von Trier's hope of his cinematic revolution achieving a wider audience. Above all, the goal of Dogme 95 is for filmmakers to challenge the mainstream and to return to individuality.

"He [von Trier] thinks of Dogme as when you hit a rut and you're stuck and you go back and make a Dogme film," Yuzna said. "That sort of creates all these challenges and hurdles and makes you think as a filmmaker in a different way, and realize new ways of solving problems—open up avenues in yourself that you wouldn't expect."