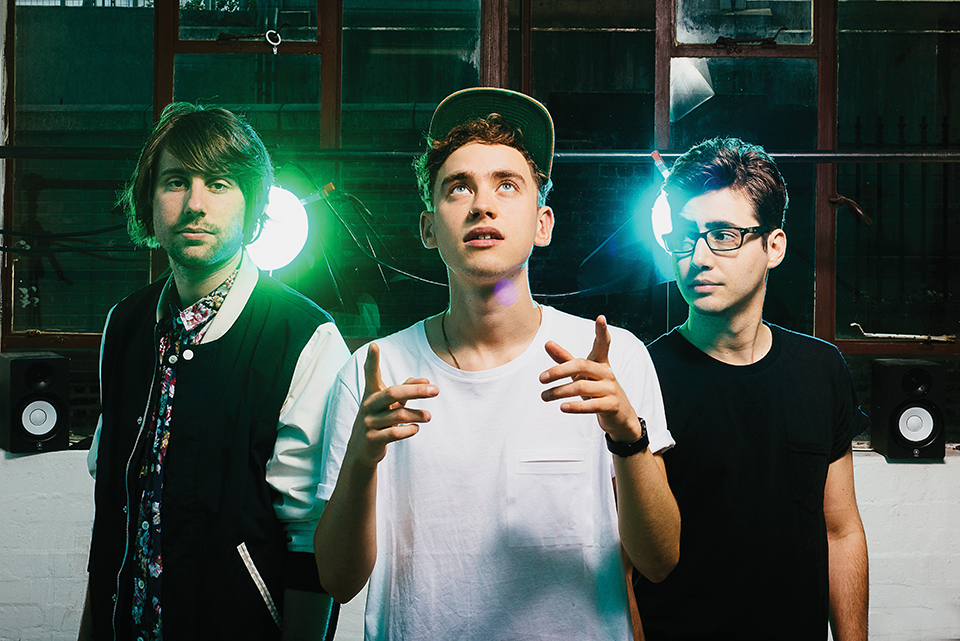 The band recently won BBCs Sound of 2015 award and achieved a No. 1 hit with their single King.

If you haven't heard of Years & Years yet, pay attention.

The U.K. three-piece has experienced a stratospheric rise to fame over the past year, winning BBC's Sound Of 2015 award and snagging a No. 1 hit with their danceable single, "King."

Much of the hype is focused on Olly Alexander, the band's frontman, vocalist, and rising actor, most recently seen in Lone Scherfig's "The Riot Club." An R&B lover, Alexander imbues the band's catchy electropop with a soulful vibe that distinguishes their music from the mass of synth-laden SoundCloud efforts. We caught up with him to discuss the group's origins, reclaiming sportswear, and strange gifts from Years & Years' fans.

Noah Jackson: How did Years & Years form?
Olly Alexander: Mikey, the bassist, came over from Australia about six years ago and moved to London. He wanted to start a band, so he advertised online on a finding-bandmates website, and Emre responded to the Lonely Hearts Band ad. I met Mikey a few months later at a house party. I had been in bands when I was younger but I stopped when I moved to London when I was 18. I wanted to be in a band again, so me, Mikey, and Emre met up, and we started writing songs together.

NJ: Your music is such a wild mix of styles. Who brings what to the table?
OA: What's good about being in a band is that each individual's creative input comes from everything they've grown up on and everything they've ever listened to and are inspired by. With us you get three weird combinations. Mikey grew up listening to a lot of classical music and then got into Metallica and Dr. Dre and Radiohead. Emre loves Radiohead, too, but he grew up listening to the Beatles, Depeche Mode, Pet Shop Boys, and I grew up listening to Stevie Wonder, Joni Mitchell, more kind of singer-songwriters, and I'm also really into R&B and house music. We're just trying to shove all of those influences into one hole.

NJ: As well as being a musician, you're also a rising actor. What came first, film or music?
OA: I was making music first. I started writing songs when I was about ten years old, then started playing in bands when I was a teenager. The acting thing happened when I was about 16 or 17, and I had to stop playing music. You get really different things from both of them, but if you want to create something, being a musician is way more fulfilling since you actually make the music yourself and perform the music yourself. You're involved in every process, whereas with acting you're normally only involved in one part of the process, delivering lines that someone else has written in someone else's movie. For that reason, music has been more creatively fulfilling.

NJ: You've been touring across the U.K. and the U.S. for the past few months. How's the live show turning out?
OA: We've always made it our No. 1 priority to really deliver live, so we've spent a lot of time working out how we can play everything live onstage and make sure the experience is really great for the audience. It's quite an energetic show but there are some slower songs as well, a variety, I guess. We've been taking out new songs on tour, and because the album's basically finished now we have loads of new material to play to people.

NJ: Onstage you've repped U.K. sportswear brands like Palace and Fila. Is that a deliberate part of the Years & Years image?
OA: It's definitely part of what I like to wear, but I don't think Mikey and Emre would be caught dead in it. I like being comfortable, and maybe I'm reclaiming my youth when I was bad at sports and didn't wear a lot of sportswear.

NJ: Your fans seem to produce a lot of Years & Years fan art. What's the weirdest thing someone's made for you?
OA: These Russian dolls someone made of us were pretty crazy, and I also got M&M's with my face on them. I get sent weird and wacky drawings quite a lot. One of them had my face drawn next to an alien with love hearts. I guess we were meant to be married or something. Someone made stamps with our faces as well.
Years & Years performed at (Le) Poisson Rouge in Greenwich Village on Tuesday. The band's upcoming debut album will be released later this year.