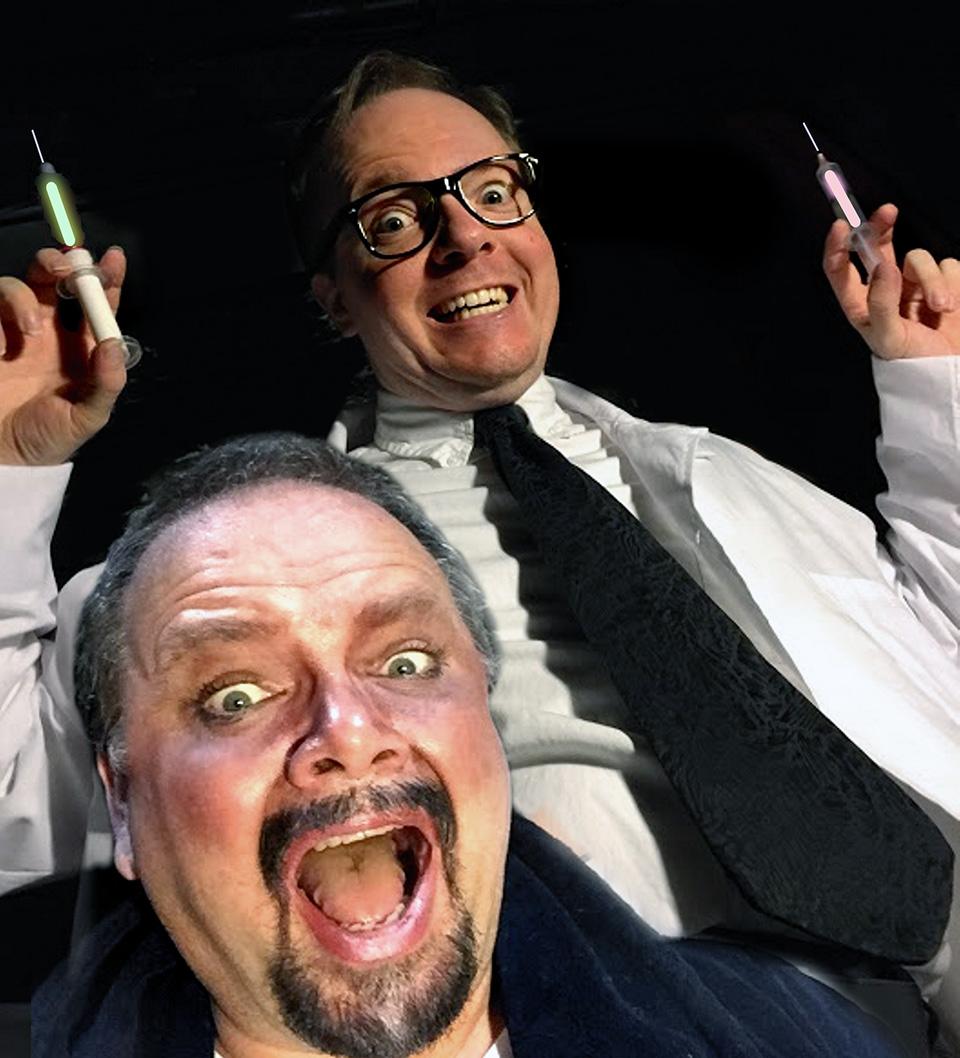 The festival puts on a series of dramatic readings of H.P. Lovecraft pieces, allowing audience members to participate by visualizing the stories.

Radiotheatre NYC's mission at its annual H.P. Lovecraft Festival isn't to scare you—it's to make you scare yourself.

"It's called the theater of imagination," Dan Bianchi said, Radiotheatre's founder and veteran off-Broadway director. "It's up to the audience member to participate in a way by supplying the visual elements. That's what we do now live on stage with our group."

Bianchi's Lovecraft Festival, which is now in its seventh year, gets its name from one of America's most forgotten horror authors to do just that. "Lovecraft's always been ignored because it's very hard to visualize his creations," Bianchi claims.

His solution? Allow audiences to visualize it for themselves.

At first glance, Radiotheatre's theater looks like a small, typical cinema. However, in place of a screen there is a foreboding, black-and-white poster of horror film icon H.P. Lovecraft. The show begins with an ominous prologue by a bodiless voice, providing the audience with a brief overview of Lovecraft's own tragic life, before segueing into the first story of the night: the mystical, nightmare-inducing "Hypnos." Narrated by comedian and writer Chloe Lewis, the story is short, simple, and utterly spellbinding. It's obvious that Lewis takes joy in what she does.

"It's wonderful to find the moments of unbelievability in these stories and bring them to life and make them believable," Lewis said. That's exactly what she manages to do, portraying three separate characters with only her own voice.

The night's second offering is a longer piece called "Reanimator," performed by Frank Zilinyi and Joshua Nicholson. Once again, they immediately manage to pull the audience into Lovecraft's world with them, but this time we stay there for almost an hour, listening to the two actors weave an entire journey across continents and time with only their voices. They don't use props or any sort of set—but the play still captivates through phenomenal voice acting and sound effects coordinated by Wes Shippee, a Drama Desk-nominated sound designer.

"It really is a collaboration between the live actors and the orchestral underlay and the sound effects that have to come in on cue," Zilinyi said. "He's listening to us, and we're listening to him, and it is an interplay."

There's pressure on Shippee to do a great job. After all, the whole show is centered on audio. The fact that it lacks visuals aside from the most basic costumes and lighting effects isn't a detractor, however—it's a bonus.

"I hear from the audience sometimes, 'Wow, that was fantastic,'" Bianchi said, "and I say, 'I don't know what you just saw, but it's different from him and her and everyone else in this theater.'"

At Radiotheatre, they recreate this experience. "I didn't know what to expect, but I know that what I just saw was amazing," one audience member after the show said. Another said that this was the only way he'd ever seen Lovecraft stories adapted well to stage or television.

"The stories are so intricate I don't know what other way there is to tell them," he said. "You have to let the words speak for themselves."

Moments before she goes onstage to enthrall hundreds with only her voice, Lewis concludes:"It's storytelling at its best."

The H.P. Lovecraft Festival will be running through Oct. 11 at Radiotheatre NYC. Tickets are $20 and available online.