Rapture, Blister, Burn' questions feminist notions of having it all,' confronts expectations

Rapture, Blister, Burn' questions feminist notions of having it all,' confronts expectations 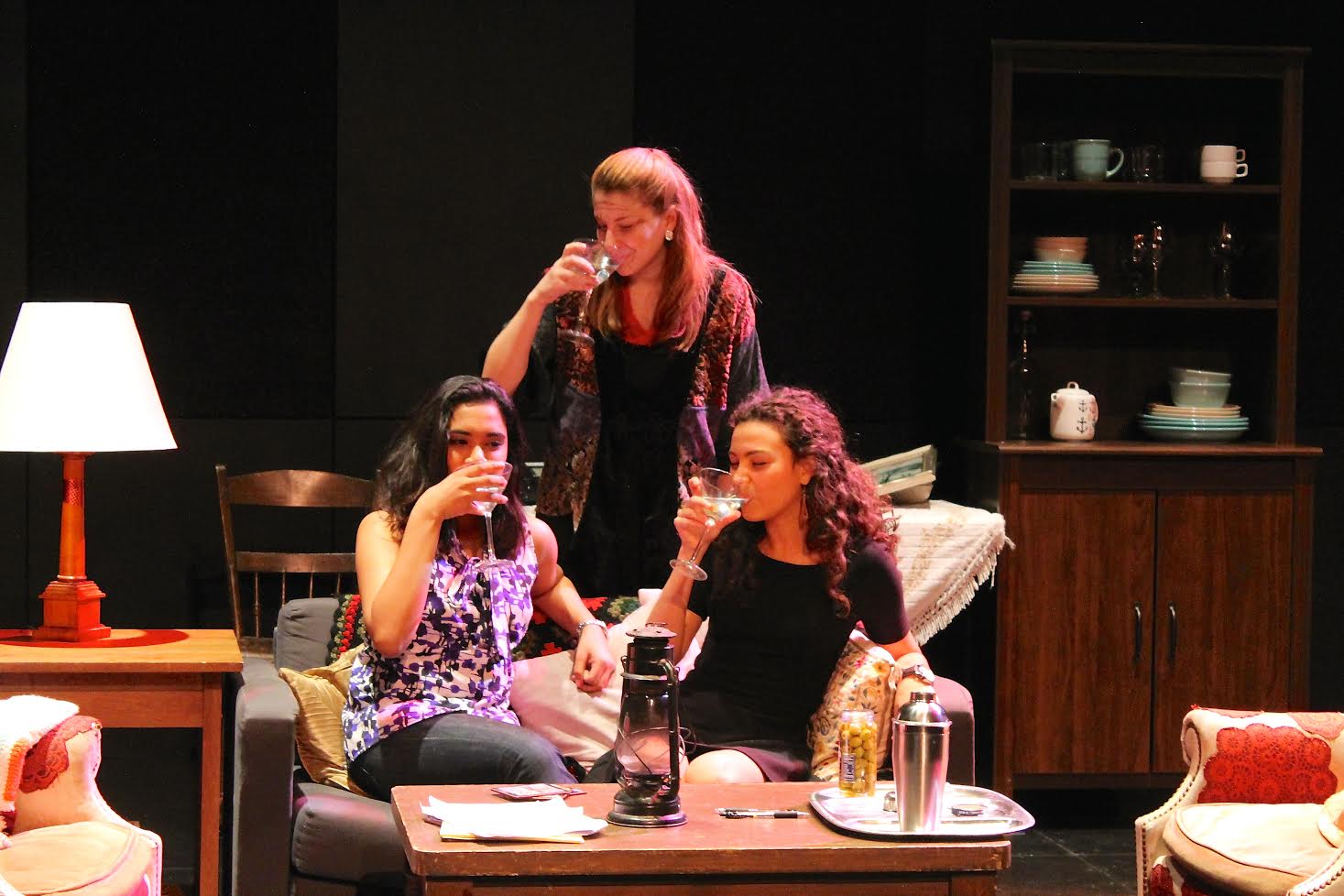 The lack of a neat and tidy ending in "Rapture, Blister, Burn" reminds audiences that the question—or, perhaps, Debora Spar's question—"Can women have it all?" still has no answer.

In the play, "it all" is defined as fulfillment in both career and family. Through a multigenerational debate between four women, "Rapture, Blister, Burn" confirms that the conversation about the nuances and feasibility of these expectations cannot be overlooked.

In her director's note, Brittany Searles, BC '17, urges students to recognize the diminishing attention to the subject of women's achievement, on campus as well as in the media, and to take note of the play's relevance to everyday life.

When 40-year-old Catherine (Supriya Ganesh, CC '19) returns to her rural New England home to care for her mother, she must confront her old flame, Don (Ryan Nuzzo, CC '16)—who is now married to her former close friend, Gwen (Jennifer Yu, CC '17)—and, worst of all, her own ruminations.

Catherine's mother, Alice (Isabel Bailin, BC '17), is in the process of recovering from a heart attack, and, even though Catherine insists that she is in the thick of convalescence, she is alive and opinionated. Bailin gives a standout performance as the doting, kindly, yet ferociously funny '50s housewife-turned-senior-citizen. With impeccable timing and a cocktail in her hand, Alice advises Catherine to snag Don from Gwen: "You can have him if you want him."

And it seems Catherine can steal Don back if she so desires. When Catherine reconnects with Gwen and Don in their backyard, complete with a barbecue and white picket fence, they discuss Catherine's skepticism regarding the value of a thriving career at the expense of family life. Don consoles Catherine, and they begin to reconnect once Gwen exits the scene. Soon, Don offers Catherine a position to teach a summer session at the nearby college where he is a dean. Catherine accepts the offer, but does not realize her only students will be Gwen and the babysitter of Gwen's children, Avery (Sophie Seidenberg, BC '19).

Avery is a med-school dropout, aspiring filmmaker, and fiery Gen-Y spokesperson. When the three convene in Alice's living room, modern and conservative feminist theory becomes fodder for a debate regarding female professional fulfillment and happiness. Gwen divulges her discontentment with marriage and desire to switch places with Catherine, who has a thriving career as an academic. Catherine also admits her unhappiness and laments her decision to postpone family life. Meanwhile, Avery and Alice bond over their satisfaction with their polar, yet similarly flawed paths. Both have chosen men who may not be the kindest nor the most attentive, but seem to fit their needs and ideologies.

Tension rises as Gwen and Catherine consider a literal swap of situations, with Gwen moving into Catherine's New York apartment and Catherine living with Don in the suburbs. While the situation may seem whimsical, the tone of "Rapture" is consistently academic. Nearly half the dialogue is set in a classroom-like space and includes reference to Betty Friedan and even Phyllis Schlafly.

While framing philosophical concepts and conversation in a classroom can seem like a narrative cop-out, "Rapture" manages to avoid the pitfalls associated with such a device. Despite the conspicuous youth of their college-aged actors, the characters of "Rapture" evoke the strife of unfulfillment in middle age. Indeed, "Rapture, Blister, Burn" questions whether one can really ever be fulfilled—or if expectations should not be static, but mutable.