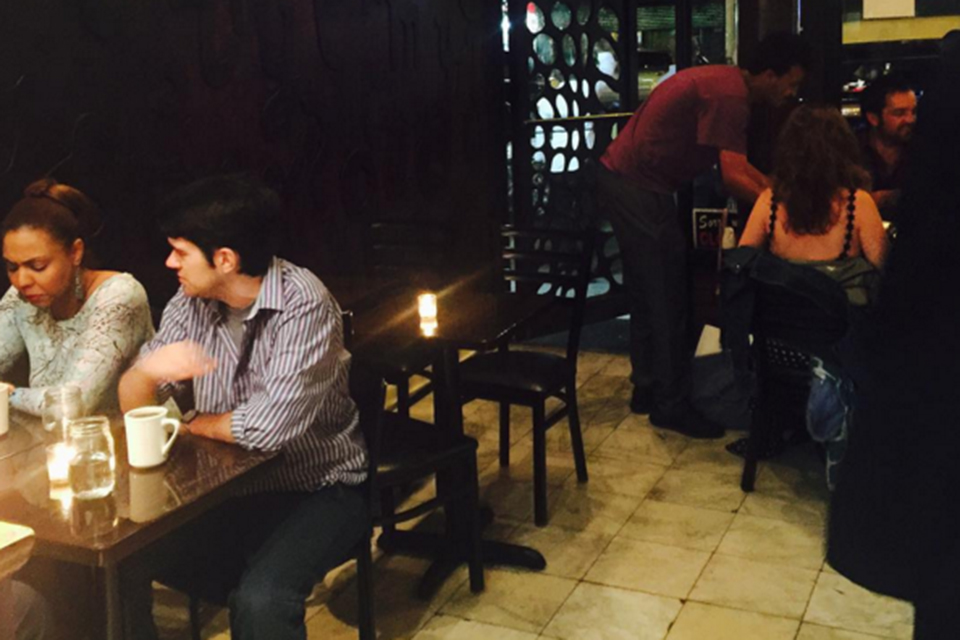 A walk east of 116th Street—just past Morningside Park—will reveal a small part of Harlem, known as Le Petit Sénégal, that is filled with West African shops and restaurants. Hidden among these is a small eatery that serves food from Somalia, an East African country across the continent from Senegal.

Safari Restaurant is one of the few restaurants in New York that offers a taste of authentic Somali cuisine. A little-known cuisine, Somali food is incredibly rich and diverse due to Somalia's history as a center of trade and commerce.

Somali cuisine features Ethiopian, Persian, Turkish, Indian, and Italian influences, which show up in the use of fragrant spices, rice, and noodles.

The restaurant is small and a bit cramped, but it is by no means uncomfortable. Upon entering, you are greeted by one of the friendly waiters, who are always happy to explain the menu and walk you through the history and culture of Somali cuisine.

And with letters of the Somali Osmanya alphabet as wall decorations and traditional music playing softly in the background, Safari provides a culturally immersive experience beyond the food.

One of the most popular appetizers is the beef sambuusa, which is similar to an Indian samosa in that it consists of a pastry-like shell filled with a rich, savory filling; however, the shell is thinner than that of a samosa.

The ground beef used in the sambuusa is cooked in small chunks of impressively uniform size and mixed with cilantro to create an intensely flavorful filling that is surprisingly reminiscent of a Chinese dumpling.

The filling is simple, but, once paired with the crispy, buttery, and flaky shell and the sour and spicy lime-based bisbaas dipping sauce, it takes on a whole new dimension. The hearty, savory flavors of the filling receive an extra brightness that takes the dish from ordinary to stunning.

The hilib ari, a Somali favorite, is Safari's most popular dish. With Indian influences making another appearance, the goat is braised with a medley of aromatic spices. The meat is tender, although the occasional bone intrudes and cuts into the mouth.

The dish is paired with a bed of dark orange basmati rice seasoned with bay leaves and cinnamon among other herbs and spices, and dotted with soft, sweet, and juicy raisins that slightly lessen the intensity of the savory flavors.

Perhaps even better than the hilib ari is the Wild Combo special, which is a mixture of beef and chicken sauteed with strips of chapati that take on an almost noodle-like consistency.

The flatbread that accompanies the dish is moist, soft, chewy, and starchy, and has a pleasant balance of sweet and savory notes that pair excellently with the other herbs and spices. Each bite is buttery and smooth, and the sauce provides richness and depth without being too heavy. It is hearty and aromatic, and while the portion size is not quite as big as some of the other dishes, it is definitely filling and satisfying.