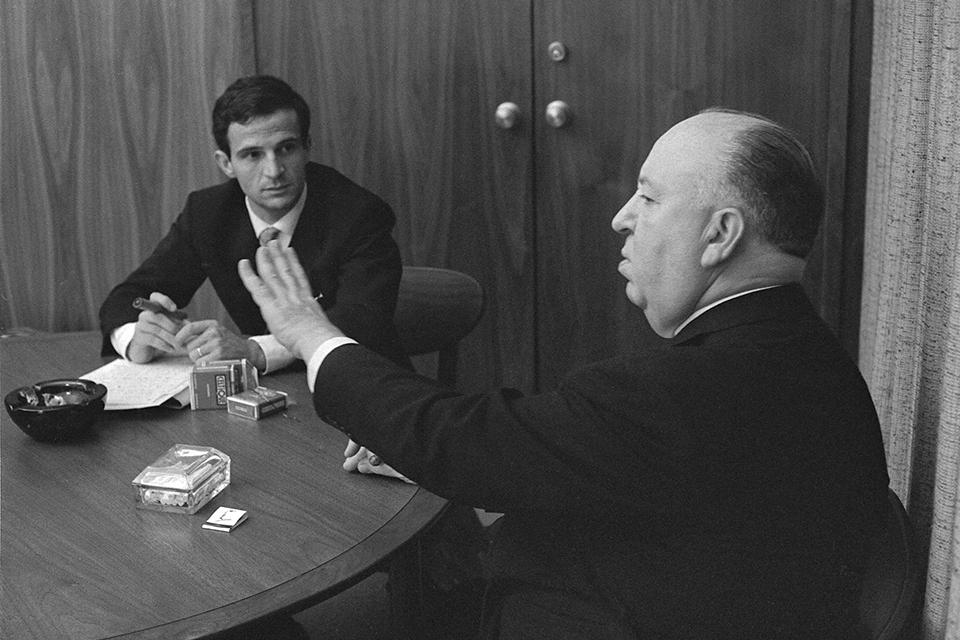 "That's why all actors are cattle," Alfred Hitchcock concludes in his famous 1967 conversation with François Truffaut.

Directed by New York Film Festival Director Kent Jones, "Hitchcock/Truffaut" captures Truffaut's 1967 interview of Hitchcock, published in a book that has endured as an essential element of the cinematic world.

In their legendary dialogue, the two filmmakers trace the evolution of Hitchcock's films, discussing each work through an analytical lens. Through his interview, Truffaut attempts to deconstruct each Hitchcock masterpiece, looking at the cinematographic techniques Hitchcock employs, his relationships with actors, and the self-contained psychological world he constructs within each film.

"Hitchcock/Truffaut" also offers the perspectives of renowned contemporary directors including Martin Scorsese, Wes Anderson, and Richard Linklater, weaving a discussion between these modern filmmakers into the history of Hitchcock's work.

As a documentary, "Hitchcock/Truffaut" succeeds both technically and thematically. The beautiful score changes tempo and shifts tonally to suspensefully guide the audience through montages of famous scenes and images from Hitchcock's films.

Visually, the movie is a deliberate and effective combination of notorious scenes, photographs of the conversation between Hitchcock and Truffaut, and footage of Hitchcock directing on set.

Recordings of Hitchcock from the interview are played over scenes from his films that emphasize the specific techniques he discusses. For example, as he discusses the importance of spatial organization and how he utilizes empty space on screen to develop feelings of suspense and terror, a scene from "The Birds" is played, in which a terrified woman shrinks back from nothingness.

The interplay of Hitchcock's cinematographic explanations and the thematic and psychological analyses from the contemporary director panel almost creates a new dialogue. Though Hitchcock is obviously not speaking to Scorsese and Anderson, the juxtaposition of his ideas and their commentary creates an exciting discourse between vastly different artists.

The documentary focuses on several of Hitchcock's most innovative and praised films, including "The Birds," "Vertigo," and "Psycho." Jones establishes these classics not only in terms of technical achievement, but also in the context of important filmic concepts like auteurism, fetishized objects, and cinema poetry.

One of the most stimulating aspects of the documentary's discussion revolves around Hitchcock's infusion of his own personality, including his fears, fetishes, and fascinations, into his films. As someone who explores his own fears to the point of perverse fascination, Hitchcock incorporates his subconscious with the psychological underpinnings of his characters and narratives. This phenomenon allows his filmic worlds to take on a remarkable, dreamlike quality.

"Hitchcock/Truffaut" presents a unique cinematic experience, where elements of film history and directorial technique are surrounded by beautiful and terrifying visual feats. This documentary delves into the technical, narrative, and psychological elements of a Hitchcock film with fascinating detail and relevance.

Director Kent Jones is hosting a screening of his "Hitchcock/Truffaut" on Thursday, Nov. 19 at Dodge Hall.