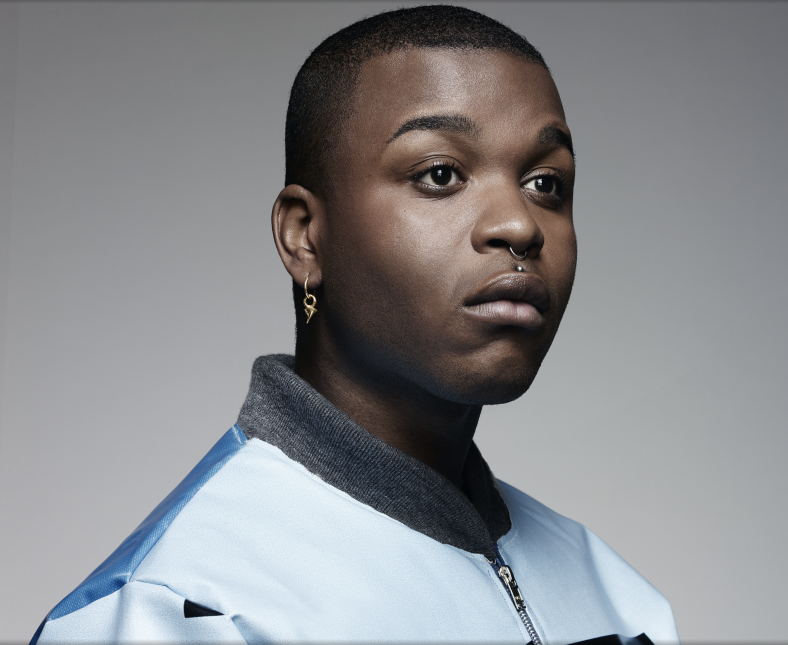 Rashard Bradshaw, better known by his stage name Cakes Da Killa, is a newcomer to the rap and R&B scene, but he's already making big waves.

Bradshaw's unique blend of talent, raunchy humor, and charisma made his first few EPs—including February's release "#IMF"—hits among critics and fans alike, and his collaborations with other notable hip-hop artists, such as Big Momma and Rip the Ruler, have caught him even more attention.

Ahead of his performance at Barnard radio station WBAR's Home on the Rave alongside Container, Guerilla Toss, and Tygapaw tomorrow evening, Bradshaw spoke to Spectator about his origins as an artist, his love of college concerts, and what's next.

SOPHIE KOSSAKOWSKI: So when did you start making music? What sparked your interest?
RASHARD BRADSHAW: I started making music four years ago as a professional, but I've always been creative. I was always big into poetry, big into visuals, you know, and I wanted to combine all those things into one jumbo pie. That's what I'm doing right now with my music. I was influenced by people like Missy Elliott, Busta Rhymes, Foxy Brown, Lil' Kim, a bunch of different stuff. I like music overall.

SK: Where does your inspiration for your lyrics and music come from?
RB: A lot of hangovers and a lot of heartbreak.

SK: You're often cited as one of the prominent names in the LGBT hip-hop genre, which has been gaining a lot of traction in the media recently. What's it like to be part of such a recent and rapidly growing musical movement?
RB: Actually, it's not that recent. It's been around for a while—the media just caught onto the trend. I don't really think about it like that. It is what it is, and I am who I am, and I'm a rapper. That's what I do.

SK: Your newest release, "#IMF," came out in February. What was the recording process for that like?
RB: It was pretty emotional because I'm talking about a breakup for most of it. I got to spend a lot of time talking to my DJ, which was pretty fun—we worked together pretty closely. Overall, though, it was very therapeutic for me. I'm actually singing on the album. It's a really different album from what I did before because I'm singing a lot during it. I'm taking a different lane with my vocals as an R&B singer. It was a definitely a different experience from everything I did before.

SK: Is that a direction you see yourself going towards more in the future?
RB: Well, right now, I'm working on my debut album, and that's kind of a hybrid mainstream project. It will probably be a little bit of singing, a lot of rapping, but I'm interested in both.

SK: You've worked with a lot of other talented artists in your career. Have there been any collaborations that really stood out to you?
RB: I've done a lot of great stuff over the years. I think my favorite show that I ever did was when I performed at The Flat in Brooklyn for the #IMF release party, though. That was pretty fun.

SK: Are you excited to come play at Barnard's Home on the Rave festival? Do you play a lot of college shows?
RB: Well, this definitely isn't my first college show. I love doing college shows. They're the best because the checks don't bounce! But yeah, I'll be there on Friday. I've performed at Barnard before, and it was pretty cool. I think it was with WBAR, actually. I love doing college shows, but it kind of makes me feel old because that used to be me when I was at Montclair State in New Jersey! It's always cute to see what the kids are doing now though.

Cakes Da Killa will be playing at the Diana Event Oval for WBAR's Winter Formal: Home on the Rave festival tomorrow at 7 PM. Tickets are free.