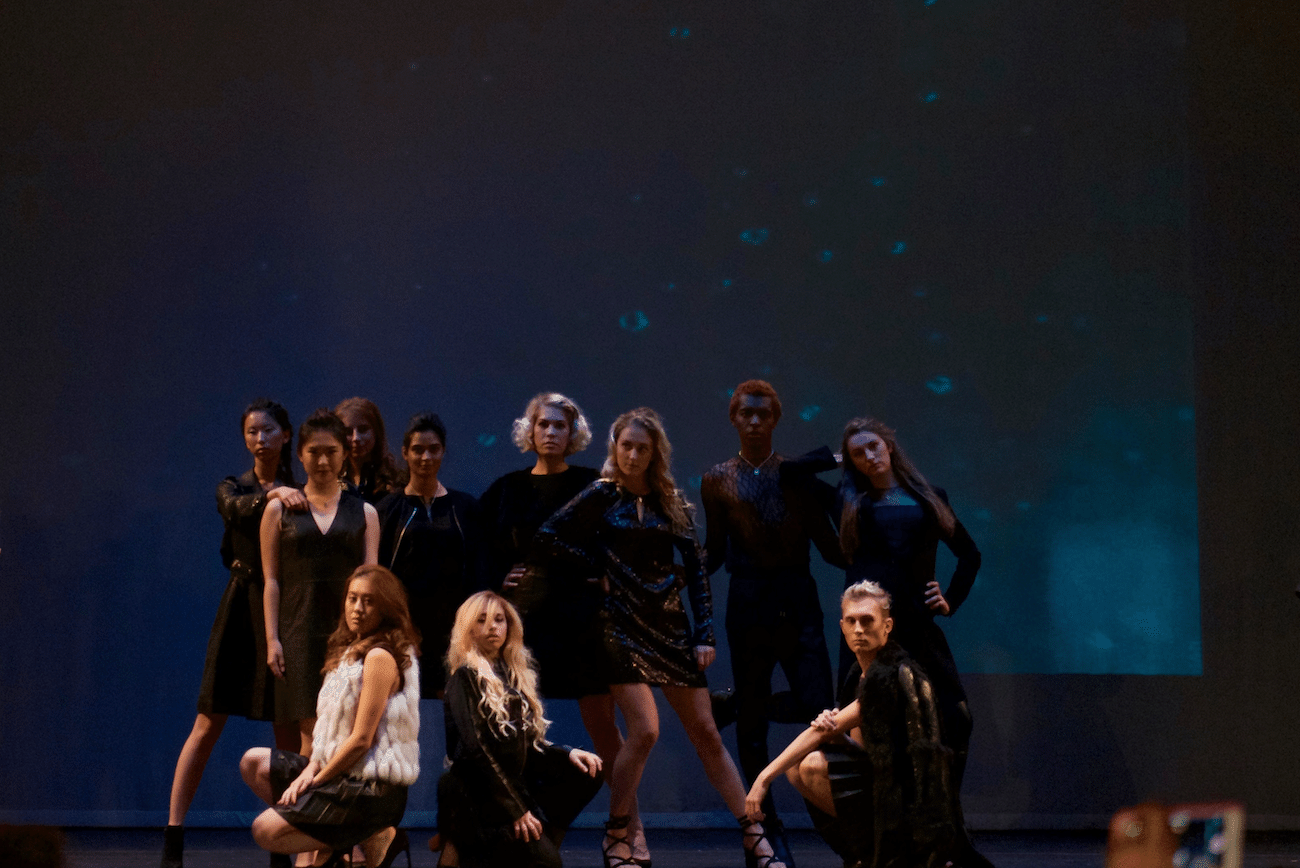 A crack of thunder and an Orwellian loudspeaker voice signals the lights to dim. In the darkened theater, rows of onlookers hush. A string of tiny, backlit screens illuminate each row as audience members raise DSLRs and iPhones. Clicking heels, a whoosh of dichrome fabric, faint music fading in from the speakers offstage: The first model steps into the spotlight. 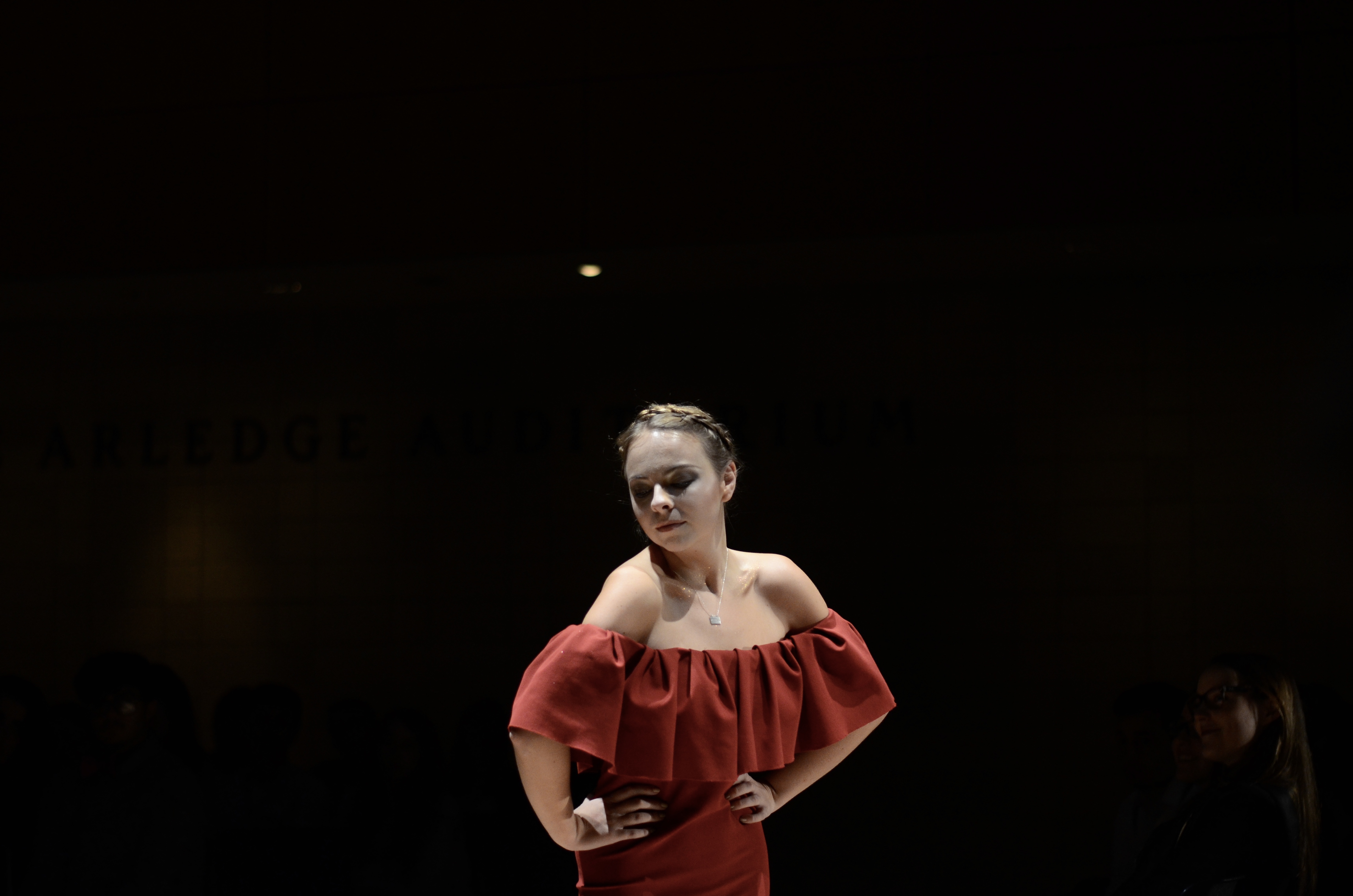 Alpha Chi Omega had been planning its third annual Runway Warriors since April. It finally took place last Saturday, Oct. 15. The event, with over 400 attendees and $6,000 raised in total, has matured from just a fashion show to a stage for honest and empowering dialogue about domestic violence.

"Historically, it's been about awareness and empowering community members, and as we grow, not only does our outreach grow, but we end up bringing so much financially so that we can support organizations that help survivors with prevention," Gabbie Lipson, BC '18 and AXO's assistant VP of philanthropy, explained.

The influence of Runway Warriors exceeded its founders' expectations. The organizers at AXO who first created the show hoped to raise money for charity; however, Runway Warriors' promotion of positive relationships and respect for others within the Columbia community became an essential part of the enterprise. Furthermore, by encouraging collaborations across the Panhellenic communities and recruiting models from all backgrounds on campus to perform, the show celebrates inclusivity and diversity.

"Just by nature of the philanthropy that we do, we wanted to incorporate the entirety of what society looks like," said Inga Norell, BC '18 and AXO's VP of philanthropy. 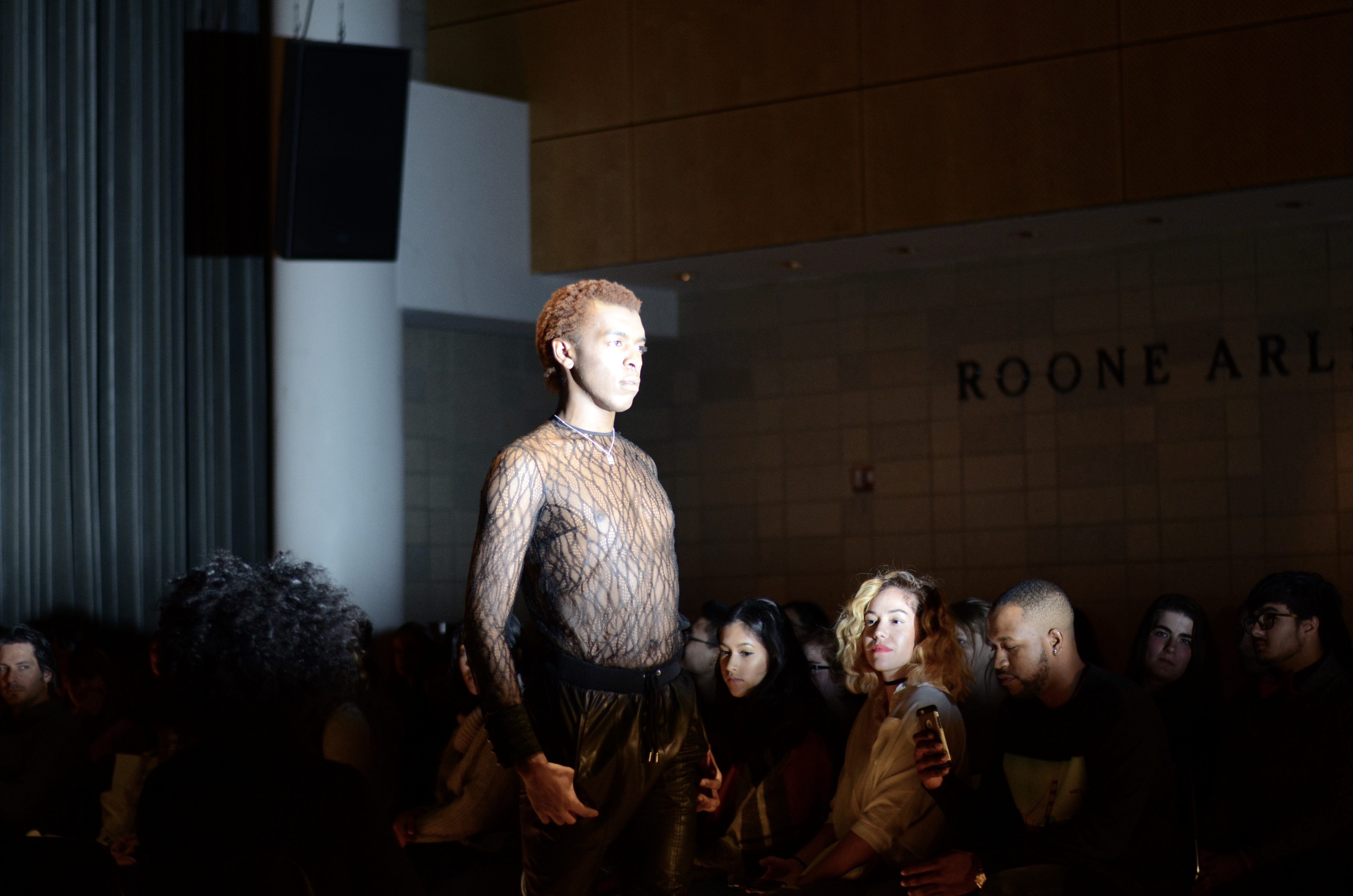 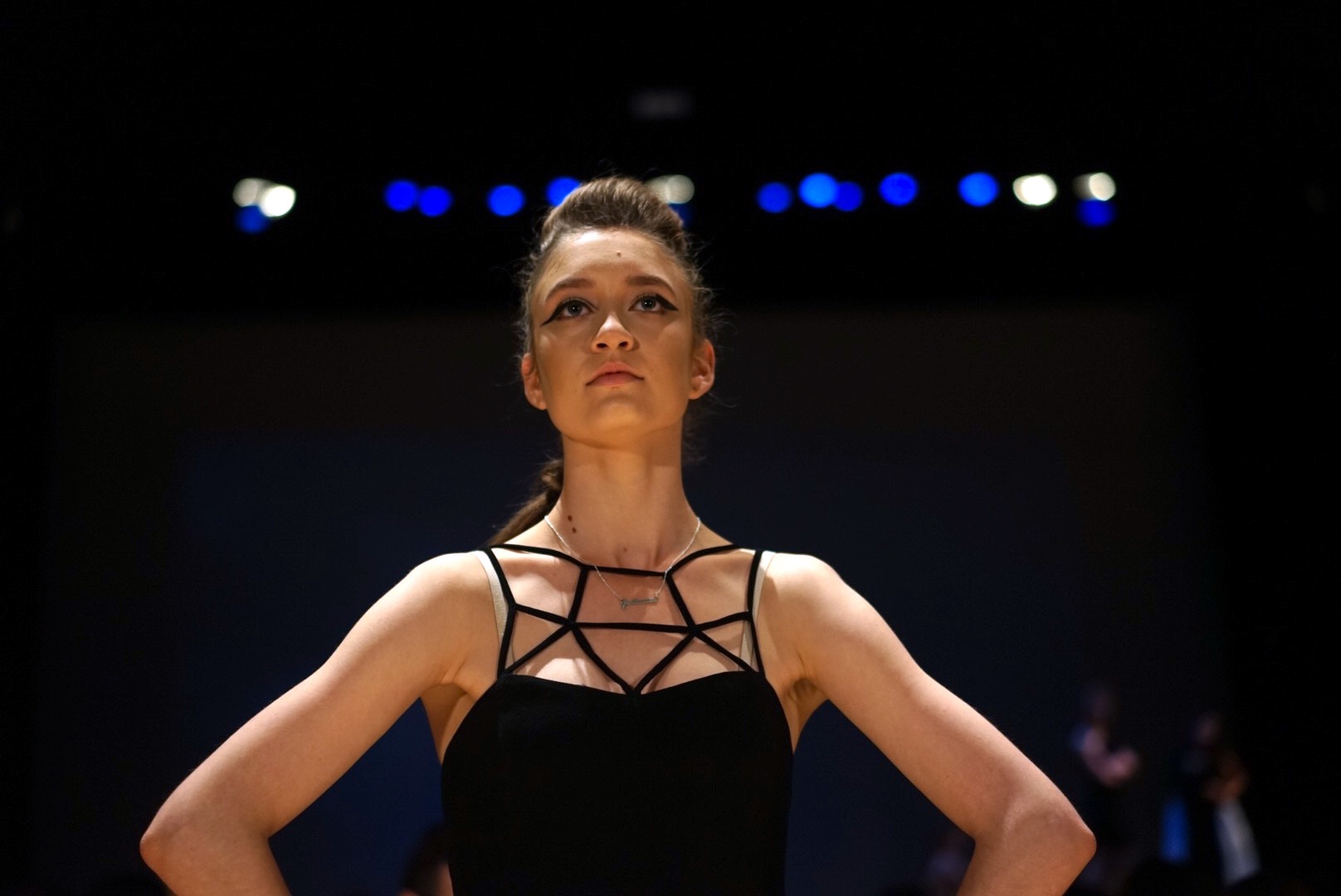 Each of the three collections within this year's theme of "Storm" featured works from multiple designers and represented a unique stage of overcoming adversity.

"It's about how when you enter something hard and difficult, you are in the middle of a storm. The process of being in that storm and coming out as a different and stronger person at the end [were the themes of the show]," Lipson said.

For example, the dark-to-light progression of color palettes, and even the models' gradually more liberated gestures, all gave the audience members a feeling of optimism, as though they were emerging from a "storm."

The first series, featuring black and leather-accented fashion, screamed "darkness" in every sense of the word. The second, with its muted tones, plush furs, and asymmetrical cuts, could be seen as the show's literal and figurative, "gray area," conjuring up the confusion that accompanies transition. The third was a full-fledged emergence: Soft yellows and pinks graduated to the deep red pièce de résistance that closed the show, a column gown with an off-the-shoulder ruff that radiated femininity and confidence.

The sense of loneliness and personal struggle came across through all of the media used in the performance: from the soundtrack, at times poignant and punctuated by industrial sound effects—until its victorious major-key turn during the presentation of the final collection—to the ambient lighting, which grew softer as the tone grew lighter, or, as the organizers from AXO would say, as we exited the storm.

"Our artistic director wanted it to be about awareness and art through metaphor, rather than a literal take on Warriors," Norell said.

Applause roared as the entire cast of models took to the runway for their final parade. The audience had clearly understood, and been moved by, the metaphor, which Lipson sees as universal: "In whatever capacity, we've all experienced some kind of storm." All proceeds from Runway Warriors have been donated to the New York Asian Women's Center and the Joyful Heart Foundation.

Photos by Stephanie Jin and Madeleine Leddy for Spectator