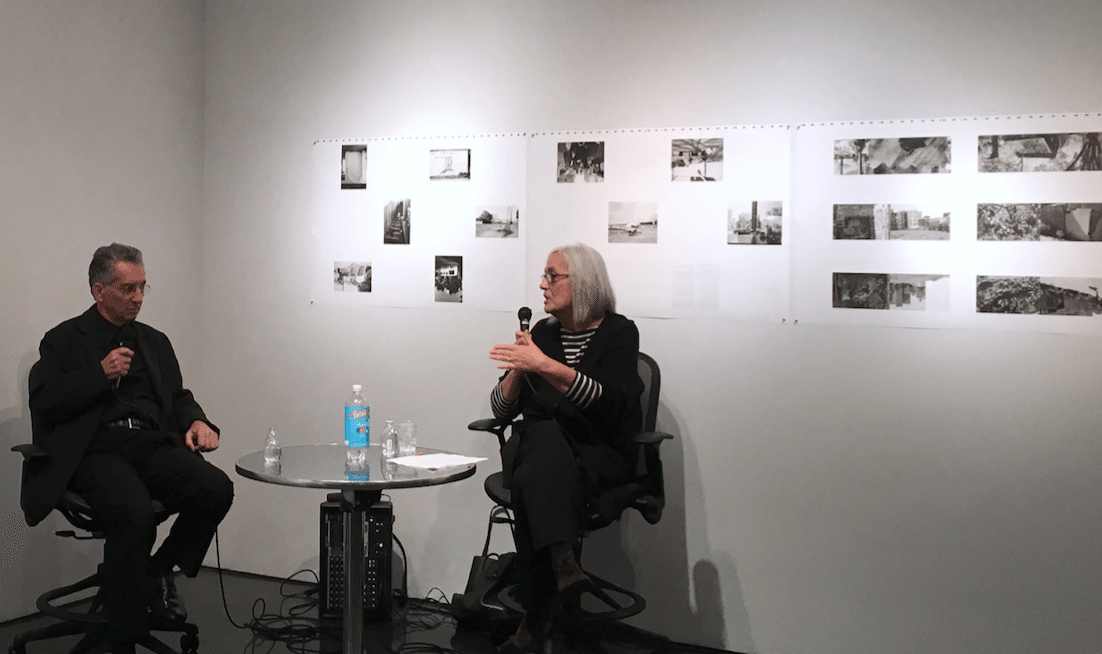 Two decades ago, esteemed photographer and Columbia celebrity-professor, Thomas Roma, met with W.W. Norton editor, James L. Mairs, to discuss the publication of his first monograph, "Found in Brooklyn." Roma was immediately inspired by their talk—he had discovered the importance of the life of a photo book beyond its creator's existence and purpose.

Now, Roma, with 20 years of experience in editing, sequencing, and publishing, bestows his knowledge on other professional photographers who aspire to produce their own monographs. He works with them exclusively at SPQR Editions, LLC, his Brooklyn-based company catering to the curation of contemporary photo books. The company held its inaugural book launch last Friday night on Oct. 28 at Hell's Kitchen gallery Affirmation Arts.

In this year's series, Roma personally selected five photographers to feature. The final photo books—all done in black and white film—are about capturing the sense of places and their distinct pictorial narratives. Color coded in pastel hues of yellow, pink, green, and blue, the books are representative of a certain time frame within each photographer's life.

"About Face: Picturing Tampa" is one of the beautifully printed tomes offering a "dystopian view of a city peopled only by the grinning faces on billboards set against strip malls, stagnant water, and shuttered dreams." Its author, Kai McBride, a photography professor at Columbia, created the project by documenting his time in Tampa during the summer of 2007. Travelling there on a quest to pursue love, McBride happened upon an eccentric poster of an old man's face plastered on the back of a bus stop. After discovering multiple posters of similar faces, he began to shoot them against urbanized Tampa backgrounds.

The other monographs are also investigations of time and urban landscapes. Two books focus on heavier, more graphic documentation. Stephen Hilger and Yoav Horesh, authors of "Back of Town" and "Aftermath," depict images of neighborhoods devastated by natural catastrophes or ravished by war. The other two hit closer to home in New York City: Jeffrey Henson Scales' "House" presents a reflection of the "cultural fabric of African Americans" in a barbershop in Harlem, and Dennis Santella's "This, My Garden, Has Been to Me" is an elegiac record of a formal green space in Harlem.

When asked why Roma chose those specific photographers and series to be published by SPQR, he replied, "I care about the owner of the book—the viewer… [I chose the photographs that] deserved to be books."

His advocacy for quality in books is apparent in the mission of SPQR, which stands for Sen?tus Populusque R?m?nus, "The Roman Senate and People," and its commitment to being a nonprofit corporation. In order to be made more accessible to the public, the five books were made in the highest quality possible—handsomely printed in duotone ink at a local industria Grafica SiZ in Verona, Italy—and are sold at the price of $29.95.

"Art is not content—it is what we love," says Roma. The monographs that SPQR creates are a testament to the longevity of books and the impact that they have on people, and in Roma's words, give their audience something worthwhile to hold onto.

Learn more about the SPQR and the five monographs. Thomas Roma will be working closely with five female photographers to produce their photo books for next year.