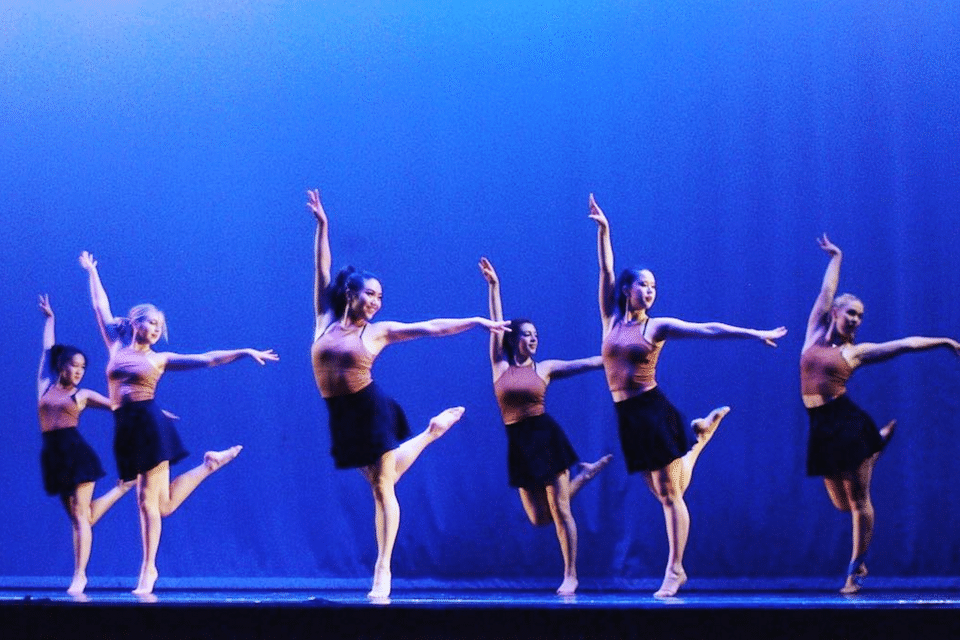 The night before Orchesis Dance Group's annual fall show was set to premiere, Roone Arledge Auditorium was filled with chatter. Dancers fluttered around the room like birds, fixing each others' hair and hastily applying makeup as Orchesis' Executive Board Chair Falls Kennedy, BC '17, gave instructions and offered encouragement from the stage. There was a quiet but excited energy humming throughout the room, evident in the dancers' quick movements and murmurs.

With over 120 members, Orchesis is Columbia's largest performing arts group. Each dancer who auditions is promised a role in at least one number, no matter their experience level. As a result, the pieces in the group's annual end-of-year showcase—choreographed, costumed, and performed entirely by students—demonstrated a range of technical skill and dance styles.

The theme for this semester's performance was "1, 2, 3, Fourchesis"—a pun on the counting-themed songs that each one-minute interlude was danced to, such as Ciara's "1,2 Step" and Feist's "1234." The interludes provided moments of levity in between some of the longer performances, which spanned from mournful contemporary to "sassy jazz" and provided  a way to link together what otherwise might simply have been a collection of individual performances similar to a dance recital.

The variety of dance styles featured in the show kept audience members thoroughly engaged. The highlight of the first act was a high-energy routine performed to "All That Jazz" from the musical "Chicago," choreographed by Samantha Starr, BC '17. Dancers snapped their fingers and spun together in intricate formations, finally ending in a triumphant jazz line. While the technical difficulty of the moves seemed too advanced for a few of the dancers at times, overall, dancers managed to stay in sync through the fast-paced music.

Starr's dance also led into the night's first interlude. While most of these eased the transitions between different styles of music and movement, not all worked so successfully.

One instance of incongruity was when the night's most experimental piece—lit in dramatic red as dancers huddled and jerked around the stage to a droning electronic song by Grimes—led directly into an upbeat interlude set to Britney Spears' "3." The interlude was meant to provide a transition between the previous song and a solemn contemporary piece. However, the rapid shift in mood from aggressive to lighthearted to melancholy was unsettling, making it difficult to appreciate the interlude itself.

But this variety also spoke to Orchesis' ability to combine different styles of dance in the performance: That two pieces so dissimilar could exist next to each other showed the range of skill in both the choreographers and dancers.

The rest of the show followed with six more dances. Highlights included a jazz routine choreographed by Yulie Landan, CC '17, in which her promise of "females being really sassy and fierce onstage" came true with swaying hips and precise leaps, and a piece named "Intimidate." Choreographed by Katie Morris, BC '17, "Intimidate" was a fluid, pulsating dance in which the group of dancers fragmented into smaller groups before coming together again and falling into sync. Morris' choreography allowed individual dancers to shine without taking away from the cohesiveness of her team as a whole.

"1, 2, 3, Fourchesis" as a whole functioned in a similar way, segments working together to create a united production. Despite the differences between styles and choreographers, the show's format highlighted the skills of its individual members while still making it clear that this was not just a showcase of separate performances, but a group celebrating their differences and similarities through dance. When all of the members of Orchesis joined together onstage to dance triumphantly to Beyoncé's "Countdown" as the curtains swung closed, it was hard to see the group as anything other than an inclusive family.